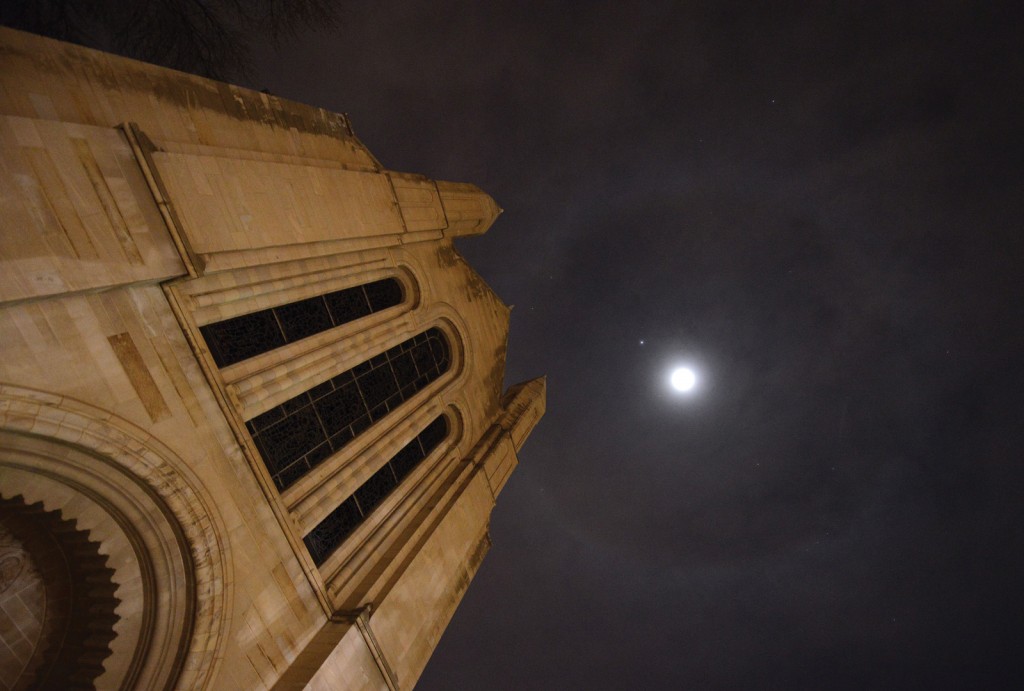 A rare lunar halo appears to float above Shove Chapel on a Sunday evening in March. The ring is light from the moon that is refracted and reflected through ice crystals floating in cirrus clouds 20,000 feet or more in the sky. Photo by Bryan Oller.

Bryan Oller joined CC as staff photographer in December 2013. Previously, he worked as a staff photographer at The (Colorado Springs) Gazette and as a freelance photojournalist. His images of Colorado’s devastating wildfires and floods in Colorado have appeared in publications such as The New York Times and Time magazine. Oller has won numerous Colorado Associated Press Editors and Reporters awards as well as Colorado Press Association awards.