The most enduring coaching tenure in the history of Colorado College Athletics has come to an end. 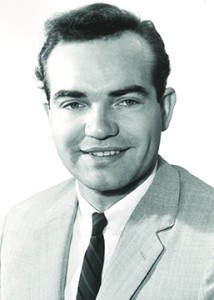 Horst Richardson, who recently completed his 49th season as head coach of the men’s soccer team and 50th overall with the program, announced his retirement in early December.

“Half of a century is probably enough,” Richardson said. “Much of the credit for my longevity has to go to my wife, Helen. Without her support and understanding, this would have never happened.

“One of the reasons we drove to Texas during the conference playoffs was to have some time in private to talk about it. On the way back, we were 90 percent sure that we were going to do it and it was just a matter of how and when.”

Since joining the program in 1965 as Bill Boddington’s assistant and taking the reins a year later, Richardson has compiled a 567-304-71 record. That ranks third nationally in career victories among active Division III men’s soccer coaches and sixth among coaches from all three NCAA Divisions.

During his extraordinary career, the Tigers earned 19 NCAA tournament bids and advanced to the national semifinals in 1992, when CC finished the season with an overall record of 18-2-2. The Tigers also won seven conference championships in the old Rocky Mountain Intercollegiate Soccer League.

The Tigers were nationally ranked for most of the year, peaking at No. 14 in the National Soccer Coaches Association of America’s Top 25 on Oct. 7 and Oct. 14.

Richardson received his second coach of the year award from the Southern Collegiate Athletic Conference after guiding CC to second-place finishes in the conference tournament, as well as the regular season standings with a 10-2-2 mark in league play.

“I didn’t want to disrupt the season in any way by having people talk about who is going to be the next coach,” Richardson said. “This was the proper timing because we had a successful season, a wonderful record, lots of awards, and a couple of personal accolades.”

Richardson earned NSCAA regional coach of the year honors five times. In 1998, at the NSCAA’s annual convention, he was one of five recipients of the organization’s Letter of Commendation. He also received the NSCAA’s prestigious Bill Jeffrey Award, for longtime achievement in college soccer, in 2001.

Richardson, who served as a professor in the college’s German Department for 43 years, demanded the same level of commitment in the classroom. Seven of his players have been named Academic All-Americans, and his 2013 squad ranked third nationally among all NCAA Divisions with a combined 3.54 grade-point average.

“Horst approached every day with enthusiasm, energy, and a love for CC that positively impacted everyone around him,” said Ken Ralph, CC’s athletics director. “While Horst may be stepping away from the program, he will always be a key member of the CC soccer and Colorado College athletics family.”

His last official function will begin in May 2015, when he takes the team on a competitive journey to London, Sweden, Denmark, and northern Germany.

Richardson will continue to serve as an ambassador for CC men’s soccer.

“The program is in good shape,” Richardson said. “We have wonderful facilities and we have good relations with the Division III soccer community.  We’re always knocking on the NCAA playoff door and I fully expect that will continue in the future.”