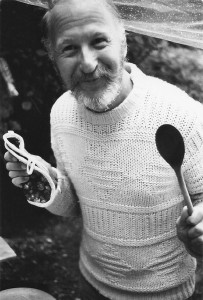 Heinz Geppert, May 7, at home in Colorado Springs at age 84. An emeriti lecturer, Heinz taught German at CC from 1991 to 2013. His courses included German film and the Holocaust, and he organized German cultural events open to the public. He received his B.A. from Colorado College in 1968 and his M.A. and Ph.D. from the University of Washington, Seattle. The title of his doctoral dissertation was “Georg Kaisers Dramentyp: Theorie und Bühnengestaltung. Before coming to CC Heinz taught at the University of Washington, Seattle; the University of Wisconsin, Green Bay; and Whitman College. Heinz also spent a year with Seattle Theater Arts and, after returning to CC, alternated with Horst Richardson in directing the yearly German theater productions, which he and Horst initiated in 1966. Heinz participated in Kaffeeklatsch, and stu­dents loved him for his engaging personality and respected him for his encyclopedic knowledge of film and theater.

“My enthusiasm for theater and film goes back to the early years of my childhood. I did a lot of reading in the long, Silesian winters and staged some of the stories in the summer with other kids from the neighborhood,” Heinz once wrote. “Most of the men were at war, but all the mothers came with their other children and provided the ‘audience.’ When I was about 7 or 8, I turned into a movie buff. I would make pilgrimages to all the movie houses in town and spent hours in front of their displays. It was better than school! When the time came to join the Hitler Youth at 10 years of age, I found all the marching and singing in the streets boring and preferred to spend those afternoons at the movies. Sure, I was caught, warned, and reprimanded a few times, but somehow I always managed to get away.”