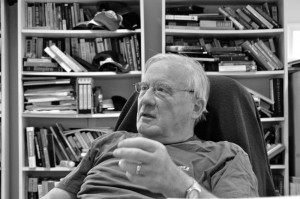 Bob Steck, who began teaching in the Philosophy Department in the early 1970s, lost his battle with cancer March 9 in West Roxbury, Massachusetts.

Steck returned to CC many times to teach philosophy and in the First-Year Experience program. His longtime colleague, Bob Lee of the Political Science Department, remembers him fondly.

“When Bob came to teach courses at Colorado College, he gave every ounce of his energy and every moment of his time to the project. If he had a batch of student papers to read, he would forego a sightseeing trip or even an invitation to dinner. What he would not pass up was a visit to the exercise machines in the recreation center. Even when struggling with disease and discomfort, he could not survive, he said, without his daily exercise. I suppose that was one reason he was able to hold off one dire health threat after another. He loved teaching, had great respect for his students, and kept contact with several of them beyond graduation,” Lee said.

One Response to In Memoriam: Bob Steck