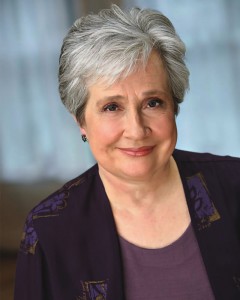 It takes a lot of people to make a hit Broadway show. If you had told Nancy Nagel Gibbs ’71, while she was working in the Armstrong Hall basement, that she would be the producer of the multi-Tony Award winner “Peter and the Starcatcher,” she would have said, “No way.”

The Denver native didn’t have a plan when she took a small scholarship from Colorado College. It was just a fine school, she said, and close to home. She’d worked in theater in high school, but didn’t dream of working the Great White Way.

Still, her work-study program took her backstage and into the tutelage of Jean McMillen, a creative drama teacher married to Bill McMillen, then head of the Drama Department.

“I spent a lot of my time backstage at Armstrong, in the basement of Armstrong Theatre in the costume shop. I was completely devoted to working those productions.”

Nancy didn’t miss being on stage. “I had one part in high school, one part in college, and one part in graduate school. Basically, I was always paying attention to everything else going on. I didn’t realize at the time that I was destined to be the person who looked at everything, the general manager.

“My husband and I agree that, at CC, we learned to learn,” she said, referring to her husband of 32 years, Christopher Cochran Gibbs ’67. “At CC, you learned how to apply what learning meant to other things. That was a very valuable lesson. It was about the process.”

After getting a degree in fine arts with drama concentration, she earned a master’s degree in theater at University of Northern Colorado. Soon after, she ended up at the Chuck Wagon Dinner Playhouse, an old cow barn in Greeley, Colorado, converted into a dinner theater. She was the production manager for about a year.

Then, in the spirit of a Judy Garland-Mickey Rooney movie, Nancy and 11 other members of the company moved to San Francisco to mount a show, “SHINE,” in a church.

Then, she met a commercial theater manager who would propel her to New York City in 1977. Within six months, she had a job with “The Wiz” national touring production, then was a company manager on Broadway and Off-Broadway for 15 years.

Thirteen years ago, Nancy, who with Nina Essman ’87 had formed 321 Theatrical Management, was invited to a reading of a musical called “Wicked” by producer David Stone, with whom they’d worked 10 years previously. “We liked it and thought this would probably last a few years. We got very busy after that.”

The award-winning show has been running on Broadway since 2003; 321 Theatrical Management has overseen four additional domestic companies and more than twice that many international productions of “Wicked.”

Over the years, Nancy and her colleagues have worked on many winners, including “Bat Boy, The Musical,” (which she also produced), “Next to Normal,” and “The 25th Annual Putnam County Spelling Bee.” Their latest musical, “Fun Home,” received 12 nominations at the 2015 Tony Awards in June, winning five, including Best Musical.

In 2012, Nancy produced “Peter and the Starcatcher.” Adapted by Rick Elice from Dave Barry and Ridley Pearson’s 2004 children’s novel, it tells the backstory of Peter Pan. The play with music was nominated for more Tonys in a single season than any other play in the award’s history, winning five.

“As a producer, I really look for something that I believe moves people,” Nancy said, “that will do something in their lives. That’s why I don’t do it very often. It’s hard to find pieces like that.”

And her dream as she toiled in that basement of Armstrong Theatre?

“I was just putting one foot in front of the other. I didn’t know what a producer was. I didn’t know what a general manager was. I had no idea,” Nancy said. “But, partly because of what I learned at CC, when the opportunity arose, I was ready to use the skills and knowledge I had gained over the years and apply it with considerable success.”