Visitors to campus will notice a more pedestrian-friendly and aesthetically pleasing Cache La Poudre Street, between Cascade and Nevada avenues. The Cache La Poudre Improvement Project is the first phase to address the campus master plan’s recommendation to create a clearer gateway into campus from the south. The project extends the curb on the south side of Cache between Cascade and Nevada avenues by 12 feet. This expanded curb slows traffic, increases safety, and provides more outdoor space. It also eliminates water-guzzling bluegrass, adds drought-tolerant rain gardens to be watered with strategically directed rainwater, and incorporates a bike lane on the south side of Cache La Poudre Street. The north side of the street has been improved as well: Additional paths and plantings replace Armstrong Hall’s circle drive and there’s a new entrance to the Armstrong parking lot. 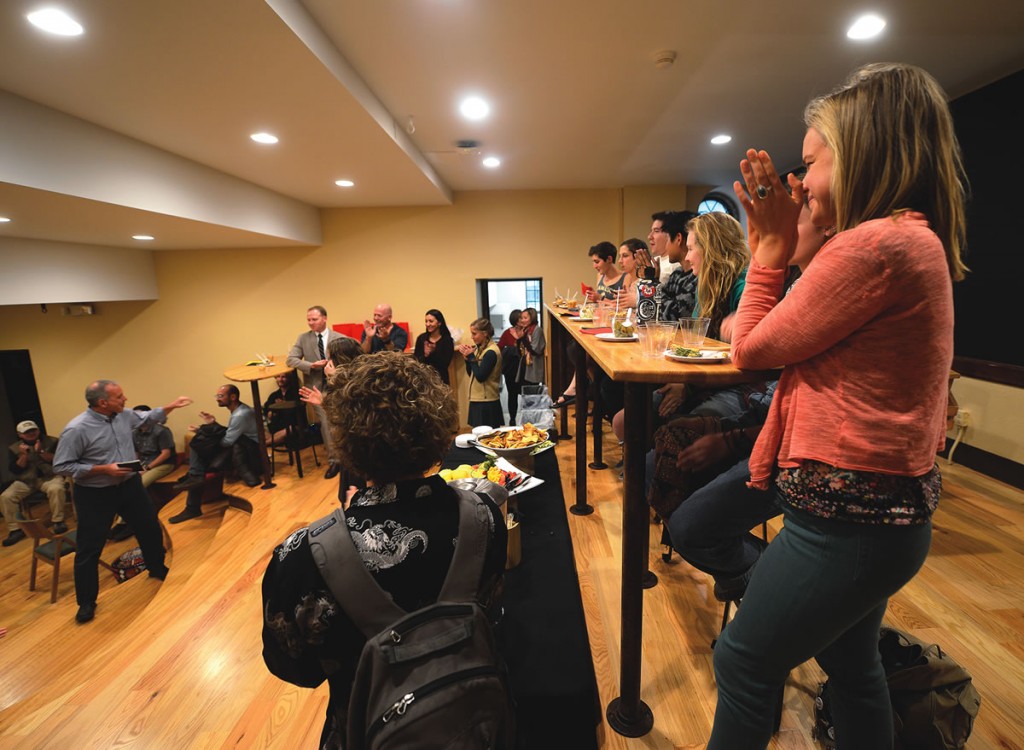 The Sacred Grounds space on the lower level of Shove Memorial Chapel, home of the Sacred Grounds Tea House, also received a makeover. Gone are the narrow side stairs, metal railings, and black-box feel, replaced with warm and welcoming colors and features. The new space includes multiple levels, a meeting area, new kitchen, and various benches and sitting spaces scattered throughout. A new audio-visual system also is in place for late-night screenings, music performances, and other events. Sacred Grounds was conceived with the idea that students should be in charge of a space on campus, and the managers of the space are both students, Vanessa Voller ’16 and Jesús Loayza ’16.