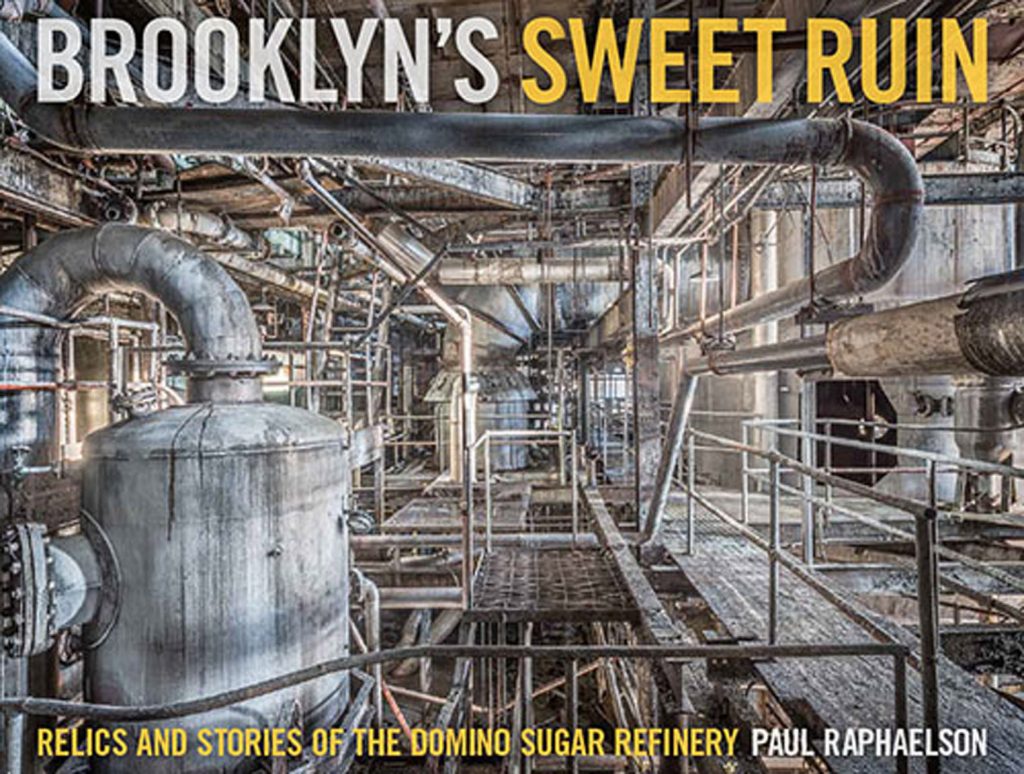 By Paul Raphaelson ’90
Brooklyn’s Domino Sugar Refinery, once the largest in the world, shut down in 2004 after a long struggle. Most New Yorkers know it only as an icon on the landscape, multiplied on T-shirts and skateboard graphics. Raphaelson, known internationally for his formally intricate urban landscape photographs, was given access to photograph the refinery weeks before its demolition. He then met with former Domino workers to hear the refinery’s more personal stories. Says Raphaelson, “In a sense, I found myself looking at a long-gone version of the country, through a recently gone company and community, through a soon-to-be gone labyrinth of architecture and machines.” The resulting book, nominated for a Liebenstraus award, is a blend of art, document, industrial history, and Brooklyn visual culture. Published by Schiffer, 2017. 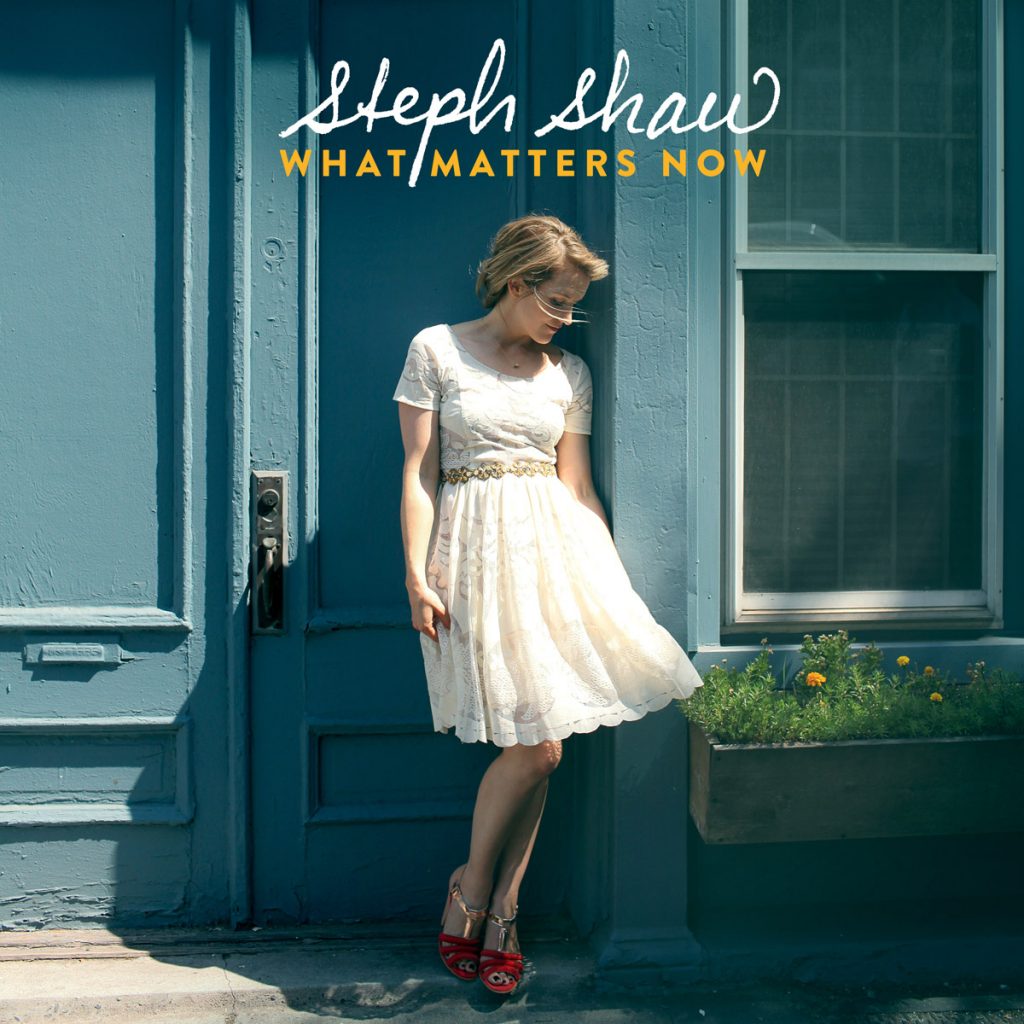 CD by Stephanie Shaw Johnson ’00
Shaw has released her first full-length album, “What Matters Now,” featuring nine original songs. The record was released on Jan. 14, 2018; a significant date as it was on Jan. 14, 2004, that she moved to New York City to pursue a career in singing and songwriting. After CC, Shaw studied with composer Edward Knight and earned an M.M. in music composition in 2003 from Oklahoma City University. She has worked as a singer, recording with various producers, co-writing with various songwriters and producers, and teaching voice lessons. Her work also is featured on the compilation album “In the City” (2009), released by Redeemer Presbyterian Church of NYC. Available on iTunes; co-produced by Sean McClowry, Steph Shaw, and Noelle Canevari, 2018.

The Struggle for Soy: And Other Dilemmas of a Korean Adoptee

By Megan Sound ’02
Like many Korean adoptees of the 1980s, Sound was brought up in an era when American parents were led to believe that the best way to raise their babies was to take a color-blind approach. However, Sound writes, the denial of a child’s ethnicity neglects a significant part of their identity. This collection of 11 essays by Sound shows how she, as a transracial adoptee, navigates from the margins to the middle, from “I am not” to “I am,” and sheds light on race, gender, and identity in the process. Published by Megan Sound, 2018. 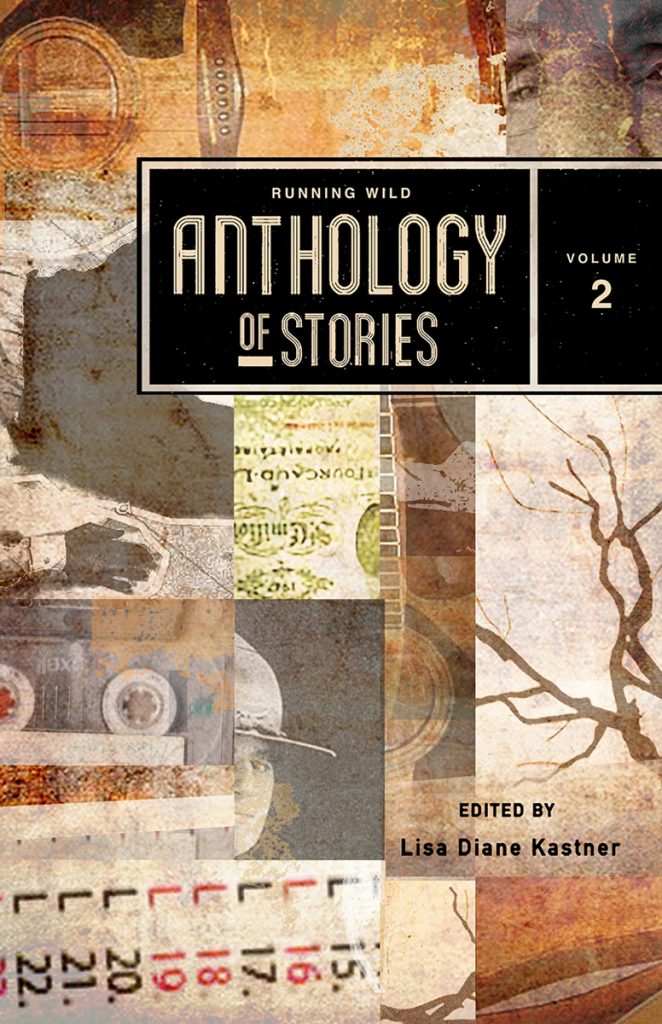 This diverse collection features more than 20 short works by authors from across North America, in genres including speculative fiction, mystery, women’s fiction, horror, science fiction, and fantasy. Lockwood, writing as Gemma L. Brook, contributes two pieces of flash fiction which touch on fantasy, magical realism, and speculative fiction. Edited by Lisa Diane Kastner, the objective of the anthology is to give voice to the eclectic imaginations of authors whose work transcends the rules of typical genre fiction, including tinkering with forms and cross-pollinating genres. The anthology is designed to free the reader from typical “in-the-box” novel formats, providing a literary experience in a more urgent, concise, and diverse framework. Published by Running Wild Press, 2018. 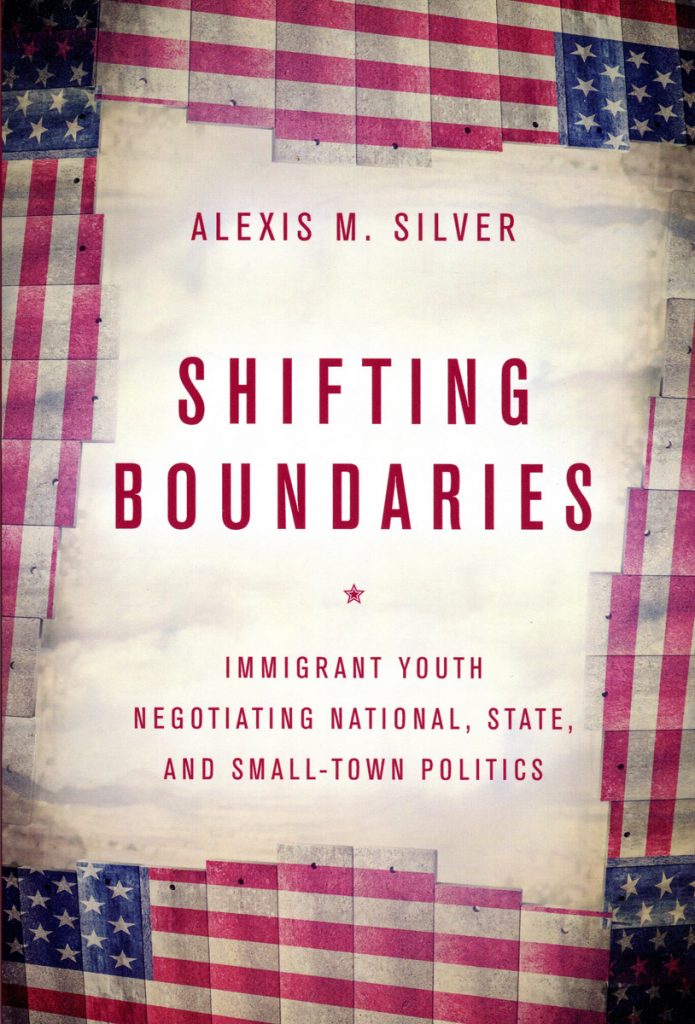 By Alexis M. Silver ’00
As politicians debate how to address the estimated 11 million unauthorized immigrants residing in the U.S., undocumented youth await the next policy shift that will determine their futures. Silver, associate professor of sociology at Purchase College, State University of New York, examines the experiences of immigrant youth growing up in a small town in North Carolina — a state that experienced unprecedented growth in its Latino population in the 1990s and 2000s, and where aggressive anti-immigration policies have been enforced. Drawing on ethnographic fieldwork and in-depth interview data, Silver finds contradictory policies at the national, state, and local levels that create a complex environment through which the youth must navigate. Published by Stanford University Press, 2018. 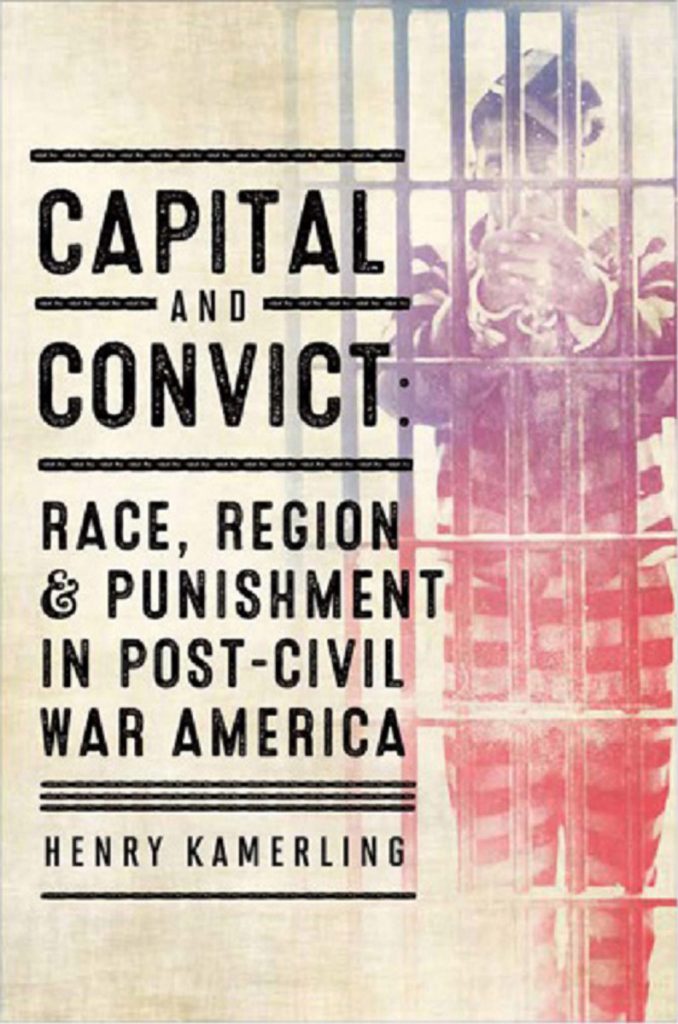 By Henry Kamerling ’89
Kamerling, a professor of history at Seattle University for the past decade, compares prison systems in Illinois and South Carolina in the post-Civil War era, examining the way that the politics of race and ethnicity worked alongside class and capital to shape punishment in the late 19th century. He argues that although punishment was racially inflected both during Reconstruction and after, shared, nonracial factors defined both states’ penal systems throughout this period. The similarities in the lived experiences of inmates in both states suggest that the focus on the racial aspects of Southern punishment has shielded an examination of important underlying factors that prove just as central in shaping the realities of crime and punishment throughout the U.S. Published by the University of Virginia Press, 2017. 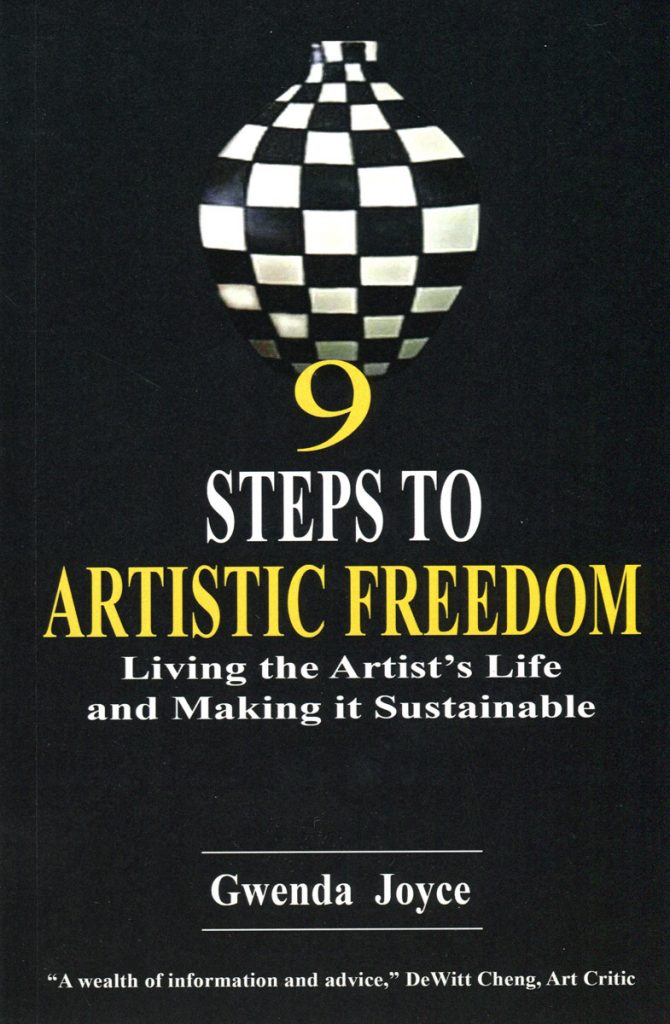 By Gwenda Pollack Joyce ’71, MAT ’72
Joyce has developed nine crucial steps for artists, and her book takes artists through a step-by-step process that moves them past frustration and enables them to take careers to new heights. Joyce was the founder and owner of the Gwenda Jay Gallery in Chicago for 20 years and currently provides mentoring and agent services to artists with her company, The Art Ambassador, where she guides artists, helping them to achieve success. She also leads online programs and helps artists who struggle to become successful. Published by The Art Ambassador, 2017.

The Wiley International Handbook of History Teaching and Learning 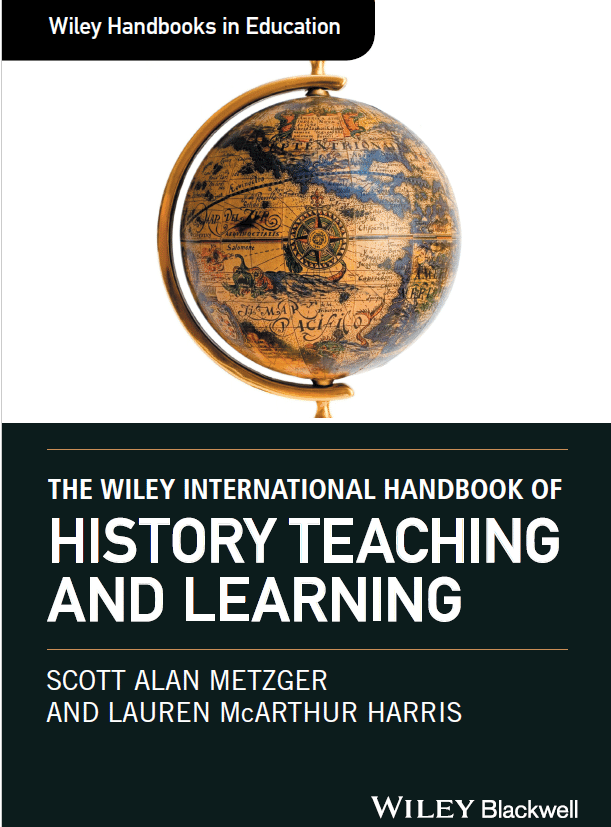 Co-edited by Lauren McArthur Harris ’91
The book, with contributions from more than 40 scholars from seven countries, covers major themes and issues shaping history education today. The book explores the growth the field has experienced in the past three decades and offers observations on challenges and opportunities for the future. The contributors represent a wide range of pioneering, established, and promising new scholars with diverse perspectives on history education. Harris, associate professor of history education at Arizona State University, co-edited the book with Scott Alan Metzger. Published by Wiley-Blackwell, 2018.

Country Grit: A Farmoir of Finding Purpose and Love 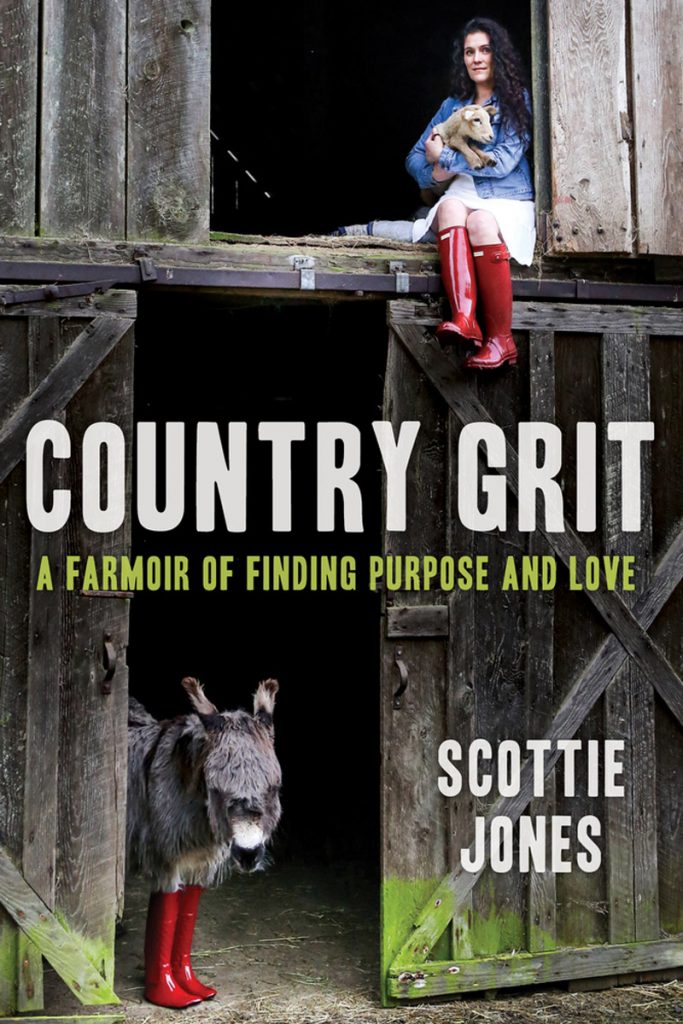 By Scottie Jones ’75
Jones lived a typical suburban, professional life in Phoenix until her husband had a near-fatal car accident. Seeking a simpler way of life, they bought a peaceful-looking sheep farm in Oregon; however, the road to pastoral bliss was anything but simple. Told with self-deprecating humor, the book illuminates the entrepreneurial spirit small-scale farmers need to succeed. Jones ultimately opens Leaping Lamb Farm as a farm stay, where people can vacation and experience farming hands-on. Today she is executive director of the U.S. Farm Stay Association, a network of farmers whose website has had more than five million views. The book will re-release in spring 2019 with a foreword by renowned farmer-author Joel Salatin. Published by Skyhorse Publishing, 2017. 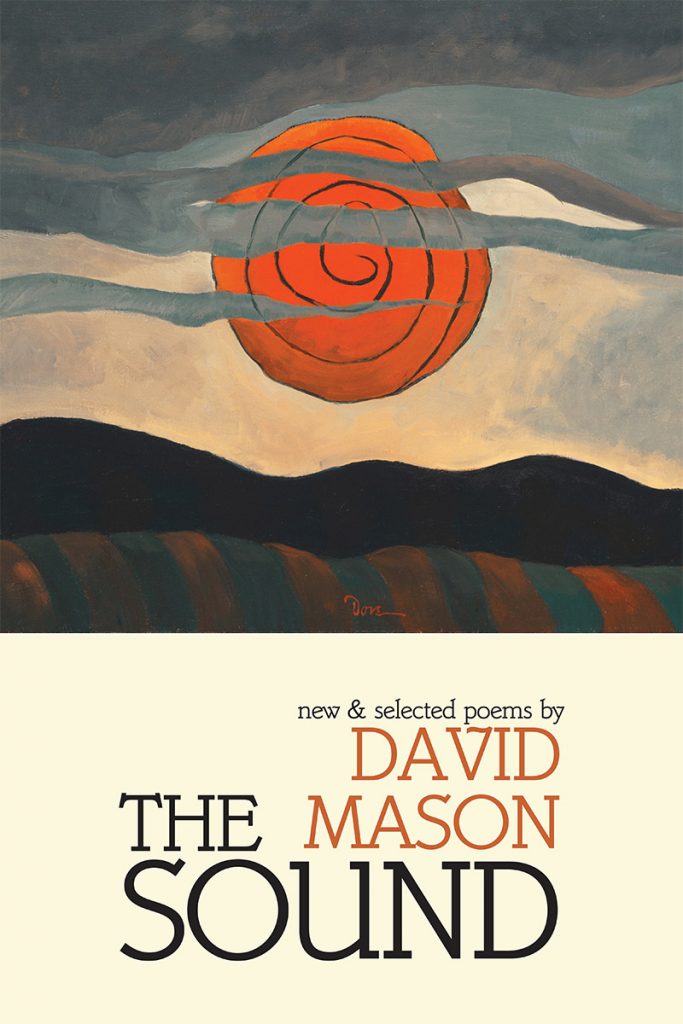 By David Mason ’78, professor of English
Mason’s book is a collection of new and selected poems, whose title is a “location, my place of origin and womb of words, but it is also an aspiration and aural guide,” he says. Mason notes that he has been hard of hearing most of his life, catching more vowels than consonants, “so the sound I follow is watery. I hope you can hear it, too,” he writes in an author’s note. Seeking a representation of the range of his work over the decades, Mason has gathered his best shorter pieces of the past 40 years, although he also does make room to include “The Country I Remember,” his first full-length narrative poem. Published by Red Hen Press, 2018.

The Compassionate Connection: The Healing Power of Empathy and Mindful Listening 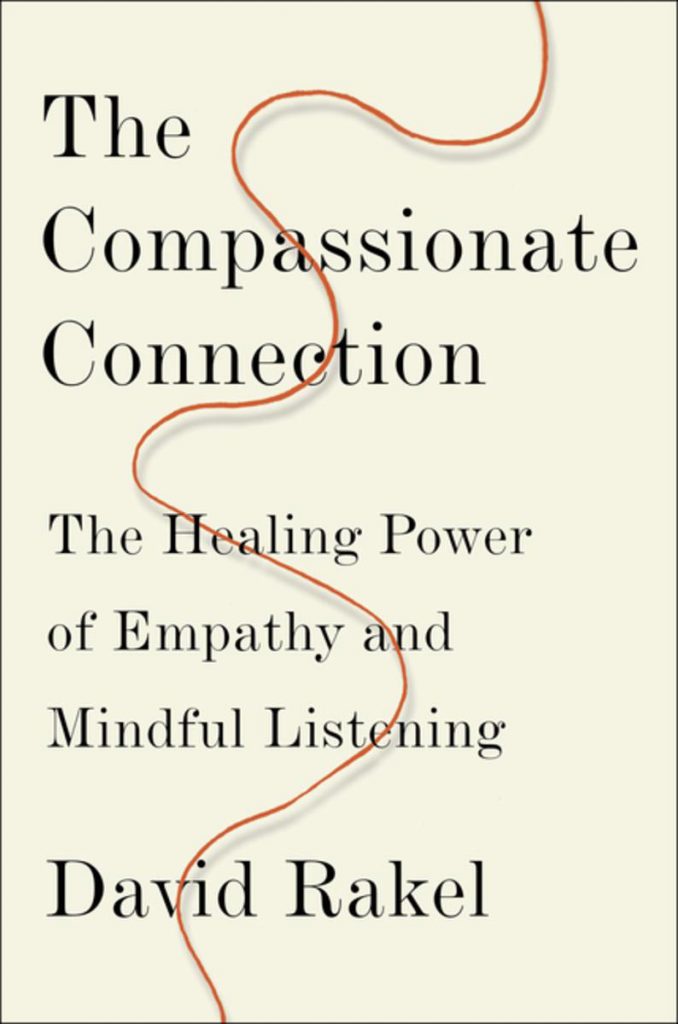 By David Rakel ’87
Rakel is professor and chair of University of New Mexico
Medical School’s Department of Family and Community Medicine and was founding director of the University of Wisconsin’s Integrative Medicine program. His book examines the value of compassion for health professionals, family caregivers, and patients based on numerous published studies as well as his own clinical experience and research. The book defines the power of the therapeutic connection and how it can be more powerful than a drug. Rakel notes that doctors spend twice as much time with computers than with patients, which means less time using this powerful healing influence for the patient’s benefit. As Artificial Intelligence grows in health care, this book explains the power of authentic intelligence, human to human. Published by W. W. Norton & Company, 2018.

Lifting People Up: The Power of Recognition 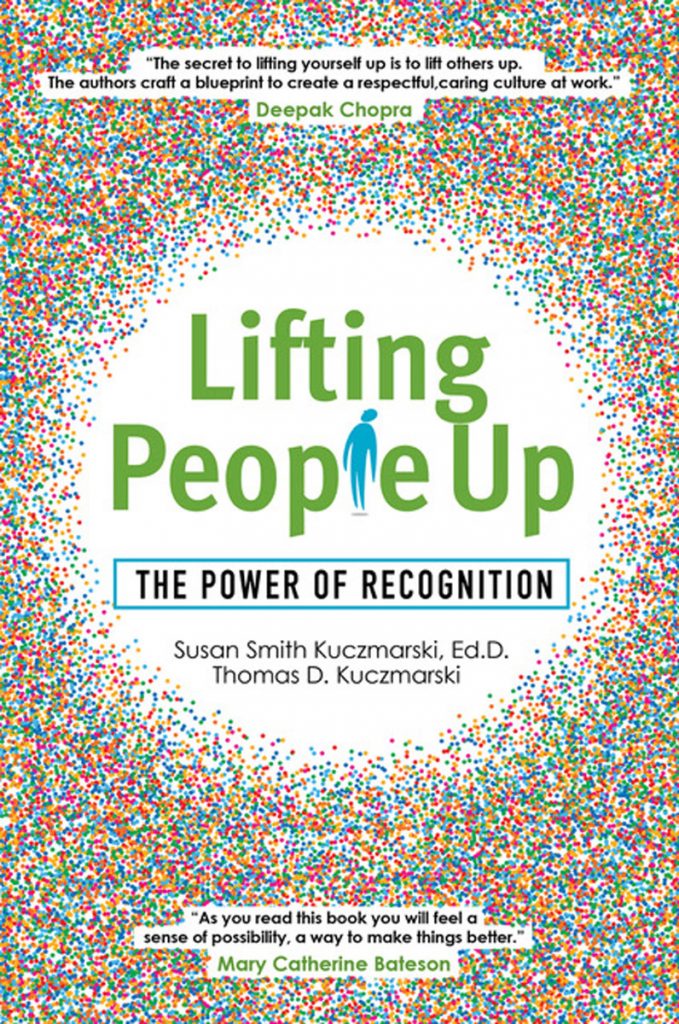 Co-authored by Susan Smith Kuczmarski ’73 and Thomas Kuczmarski
People are the heart and soul of every organization; they make the place, say the husband and wife innovation consultants and co-authors of this book. By tapping into the power of praise, they say that every leader can learn to “lift people up.” In this book, Susan Kuczmarski’s sixth, she helps others discover how to get the most out of people and give them the most in return — a process the authors call “peopleship.” Among the topics discussed are leadership tools such as listening, inclusion, trust, rewards, and praise, and how to create a caring, high-performing work culture. Published by Book Ends Publishing, 2018.