Colorado College hosted a Midterm Election Symposium featuring a variety of speakers, including journalists, politicians, and academics. Running from Sept. 24 to Nov. 29, a series of events, many of them open to the Colorado Springs community as well as members of the Colorado College community, were held in the weeks before and after the 2018 midterm elections. The symposium was organized by Assistant Professor of Political Science Elizabeth Coggins and Associate Professor of Political Science Dana Wolfe. 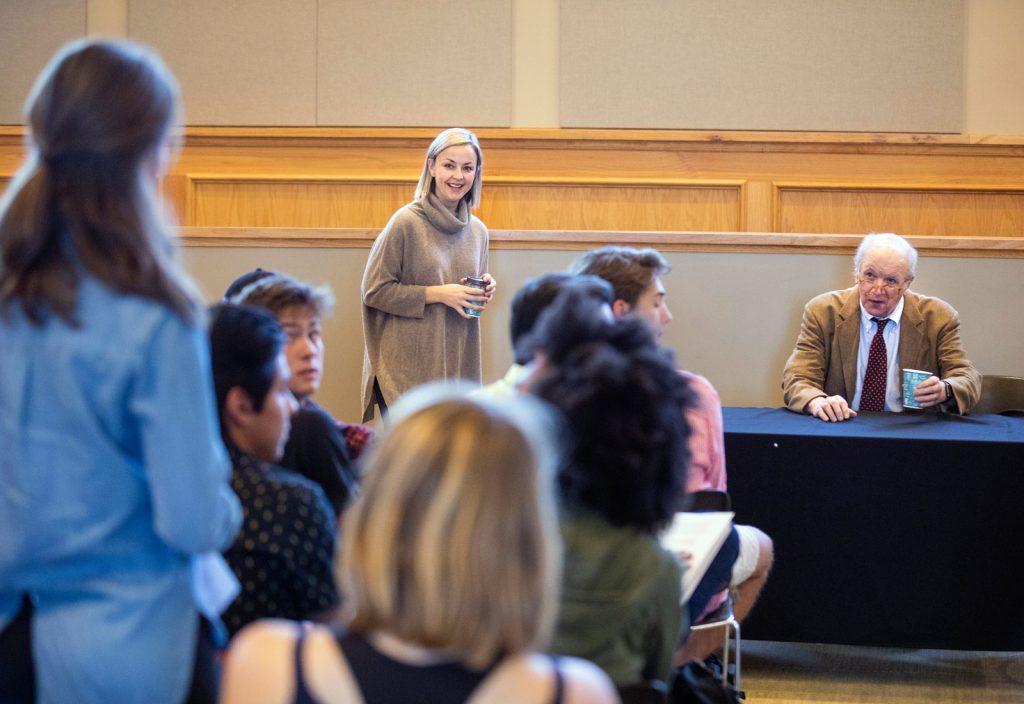 Elizabeth Coggins listens as New York Times columnist Thomas Edsall takes questions from students in her Ideology in America class and Dana Wolfe’s American Politics and Government class. Edsall met with the combined classes the morning after his presentation on political polarization at the Midterm Election Symposium. Photo by Jennifer Coombes

Vincent Hutchings, professor of political science, University of Michigan Hutchings’ general interests include public opinion, elections, voting behavior, and African American politics. He recently published a book, “Public Opinion and Democratic Accountability: How Citizens Learn About Politics,” that focuses on how, and under what circumstances, citizens monitor (and consequently influence) their elected representative’s voting behavior. (Sept. 24) 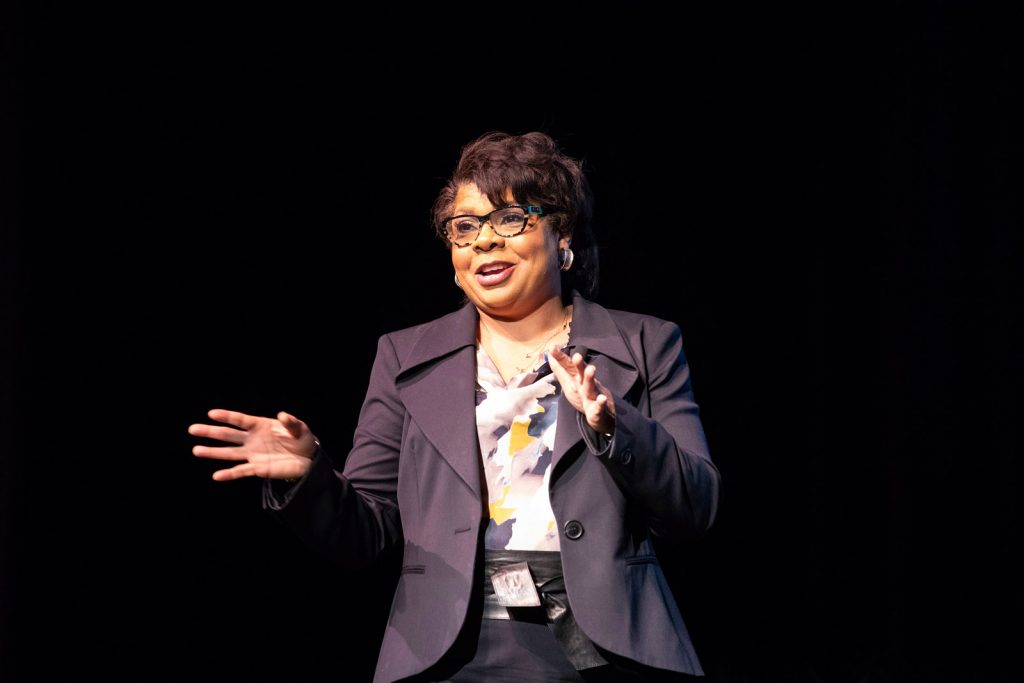 Ryan is an American journalist and author. Since 1997, she has served as a White House correspondent and is the Washington, D.C., bureau chief for American Urban Radio Networks. In 2017, she joined CNN as a political analyst. In May 2017, the National Association of Black Journalists named Ryan as the “Journalist of the Year.” (Oct. 30) Photo by Jennifer Coombes

Thomas Holt, professor of American and African American history at University of Chicago
Holt was a fellow of both the John Simon Guggenheim Foundation and the Woodrow Wilson International Center for Scholars from 1987 to 1988. He received the Wilbur Cross Medal from Yale University in 2014 and the Presidential Initiatives Award from the University of Michigan from 1987 to 1989. From 1990 to 1995, Holt held a John D. and Catherine T. MacArthur Fellowship and from 1995 to 1996 was a fellow in the Center for Advanced Study in the Behavioral Sciences at Stanford University. (Nov. 5)

Jim Stimson, professor of political science  at University of North Carolina
Stimson is the Raymond Dawson Distinguished Bicentennial Professor of Political Science at UNC and the author of “Tides of Consent: How Public Opinion Shapes American Politics.” He returned to Chapel Hill in 1997 after appointments to the political science faculties at SUNY at Buffalo, Florida State, and the universities of Houston, Iowa, and Minnesota. (Nov. 7) 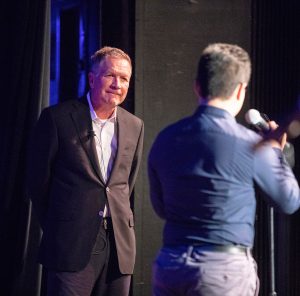 Colorado Politics Panel
The Colorado politics panel was made up of state representatives, public opinion experts, and Colorado political scientists. All experts in their fields, they broke down the election and how it matters for Colorado. (Nov. 29)

The symposium was sponsored by CC’s Department of Political Science, the Jovanovich Fund, the Sondermann Fund, and the Lopat Fund.