The phrases above are interrelated aspects of CC’s Community Engaged Fellows program, a new program in the Collaborative for Community Engagement that is part of Colorado College’s strategic plan. It’s based on the Bonner Scholars model, an innovative program founded in 1990 by the Corella and Bertram F. Bonner Foundation designed for students with high financial need who have a demonstrated commitment to community engagement.

Colorado College started the program last year as a pilot program with five fellows, and this year was able to extend the offer of four-year service scholarships to 10 entering students who expressed financial need and an exceptional commitment to serving in the community. With this support, students who have high financial need can pursue their passions for service and civic engagement without being obligated to part-time jobs. 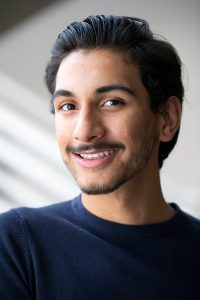 Asa Hussain ’21 was among the five fellows in the 2017-18 pilot program. “It’s an amazing program and support group,” says Hussain, who was drawn to the program because of the connection between financial aid and community service. He worked at Rocky Mountain Field Institute last year, then took that experience and applied it during the summer as the Collaborative for Community Engagement’s intern, working on programming and orientation for the first official class of Community Engaged Fellows, which started this fall.

However, CC’s program differs from the Bonner Scholars in that it is not financially supported by the Bonner Foundation, which provides four-year community service scholarships to approximately 1,500 students annually. Instead, CC’s Community Engaged Fellowship relies on CC’s fundraising efforts, says Anthony Siracusa, the CCE’s engaged learning specialist who coordinates the program. Colorado College currently has 15 Community Engaged Fellows, and hopes to raise the endowment to grow the program with each incoming class. 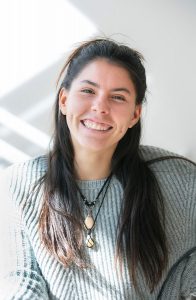 Julieta Lechini ’22 was among this year’s class of 10 Community Engaged Fellows, including eight international and/or Bridge Scholars. Lechini is from Montevideo, Uruguay and has long been interested in educational issues. She started a school library for marginalized students in a Montevideo suburb when she was in high school, before receiving a scholarship to finish high school in Germany where she worked with refugees. She then took a gap year and worked in a Senegalese school and learned the Wolof language. She applied to and was accepted in the Community Engaged Fellows program, saying the program appealed to her because “when you need to work and get money for yourself while at college, community service becomes a difficulty because it is harder to have time. I think sometimes this kind of work becomes a privilege, and the Bonner Fellowship counteracts that by giving us the resources that we need.” 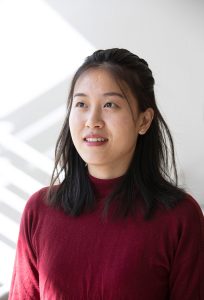 Angelina Chen ’22  agrees. Chen, who grew up in Guangzhou, China, and went to high school in Shenzhen, says she was conflicted throughout high school by the tensions and divisions of poverty, social class, gender, education inequality, and migrant marginalization she saw between the rural villages and cities in China. As a result, she’s been an activist and volunteer in the fields of education, sustainability, LGBTQ+, and feminism.

One of the tenets of the program is building the relationship between what students are doing in the classroom, on campus, and in the community, Siracusa says, and it’s a principle that Hussain also believes in.

“I applied for the Community Engaged Fellowship because I wanted to be a part of the community where I would be living for college. It’s so easy to just be a Colorado College student without being a Colorado Springs citizen,” he says. “Being home-schooled until my junior year of high school, I actively looked for opportunities to connect with others in ways I would not have been able to otherwise. I did that through volunteering; it started with an adoption agency called This is the Dog! and later extended to the National Park Service,” he says. “I felt I was benefiting my community, and I wanted to carry on that feeling to college.”

By helping Bridge Scholars and other first-generation students become more connected to the campus and surrounding community, CC’s Community Engaged Fellowships help increase retention. Nearly three decades of the Bonner Scholar program, in place at 70 colleges and universities and with more than 15,000 alumni, show a retention rate of participants that is the same as the student body as a whole, while students from Pell-eligible backgrounds are typically retained at rates lower than the wider institution, says Siracusa. The program closes this gap.

Siracusa notes that the fellows are part of a strong cohort community; so far this year at CC that sense of community has included bonding activities such as a downtown scavenger hunt or an “identity river” exercise organized by the Collaborative for Community Engagement staff. A second is that the students apply for the program when they apply to CC; in a way they self-select by their passion for community service and are bound by that interest. And a third reason, says Siracusa, is that the students have a home in the Collaborative for Community Engagement; a sense of rootedness in a place that models the same values and sense of the purpose of higher education as they do.

Eventually the program not only transforms the students who are directly involved, but also their colleagues, the campus, and the greater community, says Siracusa. In addition to community engagement, the students participate in workshops on leadership development and social justice topics. “By the time they graduate, they’ve made a meaningful difference in the community,” he says.