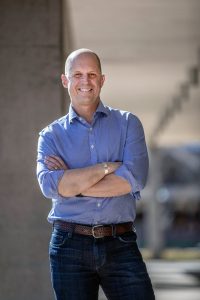 Last December, I walked out of the Katowice, Poland, airport and into a thick blanket of irony. I felt as though I’d stuck my head into a sooty fireplace, and even had a brief moment of minor panic, as my chest tightened noticeably with each breath. What a place for the 24th Conference of the Parties to the United Nations Framework Convention on Climate Change (COP24), the latest international attempt to negotiate solutions for a rapidly changing climate.

Or perhaps it was the perfect spot, for a lung-searing reminder of humanity’s addiction to fossil fuels was inescapable here in the heart of Poland’s coal industry. As my taxi shot through narrow streets framed in the muted grays and brick reds of buildings with a distinct Eastern Bloc feel, I wondered if more progress might happen this week than nearly everyone was predicting. If the pain of coal pollution in every delegate’s chest might catalyze a breakthrough.

It did not. Over the next few days, I’d witness delegates from my own country align with Russia and Saudi Arabia to block acceptance of well-established scientific evidence. In the host country’s exhibit, I’d stand atop a glass-framed display of gleaming black rocks while staring at a small shelf containing coal earrings and listening to a video attempting to greenwash the world’s dirtiest fuel. During COP24’s opening ceremony, Poland’s president trumpeted the country’s vast coal reserves and proclaimed “it will be hard not to use them.” Meanwhile, a session hosted by the Intergovernmental Panel on Climate Change (IPCC) — which laid out the evidence for rapidly increasing risks of inaction — was wedged into a tiny room in the furthest corner of the venue.

Climate change has been at the center of my professional life for three decades. For most of that time, I’ve maintained a relentless optimism that humanity will find a way, even as I’ve watched the world fail to respond at anywhere near the scale and speed we must. But the early moments of my attendance at COP24 hit hard. I found myself losing faith, and deeply scared for the future and what my kids, their peers, and those who will follow them might face.

Then an antidote came from another group of young people — the ones who brought me to Poland in the first place.

It began as I sat with President Jill Tiefenthaler and Board of Trustees member Marc St John ’80 in the lobby of a hotel across the street from COP24, all of us listening to Professor Mark Smith’s students describe what they were doing with their two weeks in Poland. As one student after another spoke with remarkable depth and passion and clarity, my hope for their future grew once more. Here before me were leaders-to-be with the talent and drive to make a difference.

They’re not alone. Young people in the U.S. and around the world are overwhelmingly concerned about climate change. More and more of them are uniting across political, cultural, and geographic divides to demand action, and to generate innovative ideas that can help the world find a new path. As I spent time with the CC students we’d come to support, my optimism returned. At one point, I reminded them of my choice for the most important fact about climate change today: By far, the greatest uncertainty in our climate future lies within the choices we have yet to make.

Still, those choices won’t be easy. More than ever, avoiding dangerous levels of climate change demands hard work across all sectors of society, and the ability for us to come together in unprecedented ways. We will need to hear each other, respect and value each other, and dive deeply into a wickedly complex problem with a shared devotion to creative solutions. Here too, the unique nature of CC brought hope, for on a micro scale the Block Plan was both allowing and requiring this group of students to do just that. They were getting real-world exposure to the nature of the problem, right on the front lines of international negotiations, and then working together day after day to think about what could be done. As I watched and listened to them, I knew they’d enter the world with skills already honed toward shaping a future they deserve.

What might that future hold? Again, much of the answer lies in the choices before us. But our present already contains alarming clues. When I began to work on climate change as a graduate student, it was largely a concern of days still to come. The science told us what would happen if we did not slow greenhouse gas emissions to the atmosphere, but the effects of those emissions were only starting
to emerge.

Now they are everywhere. No corner of the world is free of climate change today, and in many of those corners people are feeling the hits in devastating fashion. Deadly storms and heat waves. Shrinking water supplies and crop failures. Forest fires that take lives and destroy entire communities. All of these and more were forecast decades ago if we did not take preventative action — now, those forecasts are proving true. More worrisome still, where the predictions have missed, they’ve mostly done so by being too conservative. Over the last few years, the effects of a changing climate are coming faster, and with greater real-world consequences, than we in the scientific community originally predicted … or feared.

The IPCC’s most recent report drives it all home. In this latest work, teams of experts synthesized the science on how much additional risk the world will face if we exceed an average global temperature increase of 1.5 degrees Celsius. The answers, and the implications for what we must do, are stark. Shoot well past 2 degrees — our current trajectory — and the probable costs are staggering. Hundreds of millions of human lives, trillions of dollars in damage and failing economies, cascading socioeconomic impacts with no prior analog. Large fractions of the world’s population would be forced to move, and the most vulnerable amongst us would take the biggest hits. It’s the stuff of dystopian tales, and yet it is borne out by mountains of hard evidence.

The flip side is that we aren’t — yet — committed to such a future. Our job is now far tougher than it was a generation ago, for to avoid those higher temperatures and all they would unleash, we must immediately and aggressively cut our greenhouse gas emissions and figure out ways to pull such gases back out of the air on a grand scale. And we’ve got to be well down this path by 2030, or that far more destructive future will be nearly impossible to avoid.

To pull it all off, we need widespread human will to act. We need everyone at the table, bringing the greatest possible diversity of backgrounds and identities, knowledge, and ideas. We need to harness the power our differences can bring rather than sow the seeds of division and distrust. We aren’t there yet, and recent forces in our country and beyond raise legitimate concerns that we are headed in the opposite direction. And yet, in only the last couple months, climate change has moved to the front of our national political discourse, while recent polling shows that more than 60 percent of U.S. citizens — a record high — are worried about global warming.

Can we fix this? I still think we can. After my trip to Poland, it all feels a bit like a Block Plan course on steroids. On the front end, it seems like an impossible task to get through so much in such a short period of time. Then you emerge on the other side and marvel at what everyone pulled off. Much like courses at CC, the raw materials for success are all there. We have many of the technological solutions we need to slow climate change, along with a quickly growing cadre of young people hellbent on shaping their own future. We simply need to unbridle it all with the urgency a global crisis demands. For it is in such crises that the best of humanity can often emerge.

Once it does, history tells us we are capable of changing our future with astonishing speed. So as I write these words two months after my trip to Katowice, my optimism remains intact. I find myself seeing a year 2030 that is better than many current signs portend, and if that vision comes true, I won’t be the least bit surprised if a group of young CC alums are on the list of those we all thank for it.