Over the summer, amid the chaos and confusion of the COVID-19 pandemic, Creativity & Innovation at CC decided to tweak one of their longest-standing traditions: The Big Idea competition. Creativity & Innovation Director Dez Stone Menendez ’02 had been mulling the change ever since she returned to CC in 2016. With a lot of help from the college, alumni, and the students, Innovation launched the Student Seed Innovation Grant to replace the Big Idea competition and get the first round of students funded and involved.

While this may come as a shock for people who have grown to love the entrepreneurial competition, the Seed Grant has been a work-in-progress for years. The idea came from Menendez, who had been wanting to expand the program to anyone and everyone who had an idea, regardless of a business pitch or a spirit for entrepreneurship. She mostly “wanted to move away from the idea that innovation only lives within the business sector.” Although entrepreneurship is her forte, Menendez wanted any student who had an idea to be able to receive funds, obtain a mentor, and make that dream happen, regardless of whether it became a sellable product or was voted into existence by a panel of judges. In addition to expanding who can apply, the new Student Seed Innovation Grants allow funding for all students, as many times as they choose to apply. One of the most notable changes from the Big Idea competition is that a single student can apply for funding up to $6,000, whereas the Big Idea competition focused on group projects. Any student enrolled and taking classes at CC has the chance to make their idea a reality, try a project once and try again, or even follow a hunch they’ve had for a while. For Menendez, this is an opportunity to show students that they can have the space to try and fail, all while being encouraged to not give up. 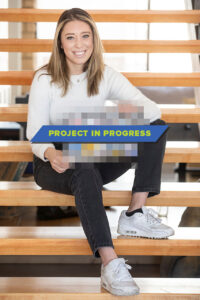 Lauren Weiss ’21, who has been a participant in the Big Idea competition and is a frequent student of Creativity & Innovation’s workshops and classes, has taken to the Seed Grant and is thrilled about the change. Her project, Geek Girl, is a startup dedicated to advancing education and closing the gender gap in computer science. She’s seeking to do this through virtual coding courses, leadership trainings, and an iPhone app to connect mentors and mentees in the field. Through the Seed Grant, Weiss is able to extend the work her team did previously in the Big Idea competition, but with increased funds, a chance to dig deeper, and in the best way she works — independently. What Weiss really loves about the new grant is that it allows her to pair up with a mentor to bounce ideas off of, get feedback, and have someone who keeps her accountable for her work and is there for unwavering support. Weiss is excited to see how the Student Seed Innovation Grant program grows, given that this is her last year at CC. “I see this change benefiting Colorado College students by promoting a more collaborative environment on campus,” she says. “One of the key aspects to the grant application is demonstrating support, whether that comes from students, faculty, or even local community members.” 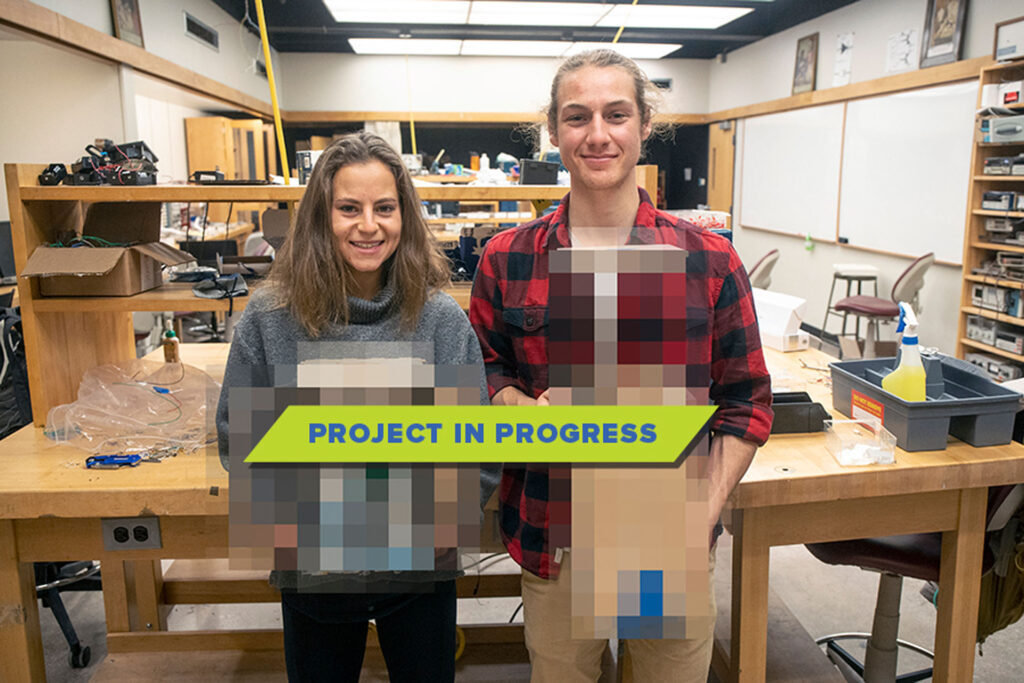 Another group working through the Seed Grant is Alexia Preston ’21 and Logan Hemming ’22. While their project is still in the prototype phase, they were both thrilled that the Big Idea competition had transitioned into what it is now. Their project, which is a small machine that would make for safer, more sustainable coffee, couldn’t have been put into the prototype stage without the new grant. “In a year where everything was put on hold, the Student Seed Innovation Grant allowed us to pursue a startup venture. As an idea born during COVID-19, timing was everything, so we are so happy the grant started when we did,” says Preston. While Preston and Hemming are not quite ready for the world to see their project, they are beyond thrilled that they now have the ability to work at their own pace and see their idea through, all thanks to the Student Seed Innovation Grant.

But the changes don’t stop here. Menendez’s original plan way back in 2016 didn’t end with only students finding new avenues to pursue ideas. Creativity & Innovation has also created a faculty Seed Grant application; one for staff is in progress, with the hopes that anyone at CC with a passion and an idea will be able to pursue it.

The Student Seed Innovation Grant program also seeks to make problem-solving more accessible and inclusive, encouraging all of CC that the questions they have are worth being funded and answered. While the Big Idea competition was fostering an atmosphere of creativity, some students worked better alone, didn’t want their idea to become a business pitch, or just didn’t work well in a competitive environment. While Menendez’s first love lies with entrepreneurship, the ultimate goal was to make a grant that anyone could have access to. “The things I learned from most were my failures,” Menendez says, “and the C&I initiative is preparing students to be comfortable facing ambiguity and the unknown, comfortable failing and trying again, but being supported all the way there.”

After this school year, Weiss will not be ending the Geek Girl story. She plans to study entrepreneurship at the University College London, where she hopes to further develop the startup by entering pitch competitions and gaining support through her graduate program. When asked what the Seed Grant and the Big Idea competition gave to her CC experience as a whole, she says she could “confidently say that being an active member of Creativity & Innovation has offered some of the most transformative experiences during my undergraduate studies.”