A violent incident of anti-Asian racism early last year has inspired the launch of a new series of lectures, discussions, film screenings, and reading groups at Colorado College: “Forever Foreign: Asian America, Global Asia, and the Problem of Anti-Asian Racism.”

Following the mass killing of Asian-Americans in Atlanta on March 16, 2021, an act of violent anti-Asian racism that shook the nation, a group of CC faculty felt it would be helpful to host a series of events that highlight the histories, narratives, and voices from Asian societies and of Asian diaspora communities in the United States to increase knowledge and awareness of these communities. 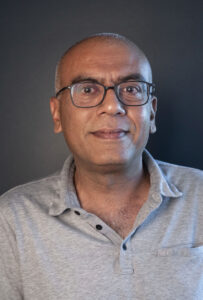 Yogesh Chandrani, assistant professor of religion and Asian studies, is the primary organizer of “Forever Foreign,” a year-long series.

“The idea for this series came about from informal conversations among a group of faculty after the mass killings in Atlanta in March 2021,” he says. The faculty group included Emily Chan, John Williams, Purvi Mehta, Jason Weaver, Aline Lo, Christian Sorace, and Chandrani.

“We began to talk about organizing events that would center the perspectives and voices of the Asian diaspora communities and deepen the ongoing conversations on antiracism,” Chandrani says. “While our immediate concern was to respond to the events in Atlanta and the escalation in anti-Asian racism, especially after the pandemic began, we also wanted to address the issue historically. In other words, we cannot think about anti-Asian racism at home without exploring its connections with geopolitics and the long history of U.S. military interventions in the Asian societies.”

Chandrani says an important idea underpinning the series is that both Asia and Asian-American are contested and fraught categories that do not adequately capture the heterogeneity of Asian societies and of Asian diaspora communities in the United States. Asia is a vast region, home to 60% of the world’s population that includes numerous linguistic, ethnic, and religious communities. Similarly, the Asian diaspora in the United States includes numerous communities, each with their own histories of migration and displacement, their own languages, distinctive cultural practices and literary traditions, and unique ways of relating to their new homeland: the United States.

“We are organizing this series in order to un-settle popular understandings of Asia and Asian diaspora communities by foregrounding the multiple ways of being Asian and American,” he says. 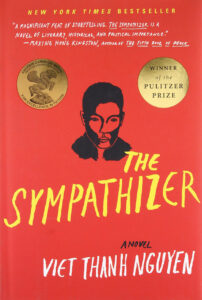 Cover of The Sympathizer by Viet Thanh Nguyen 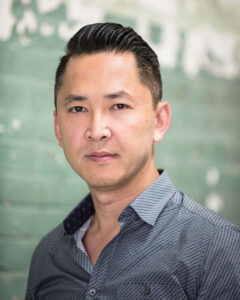 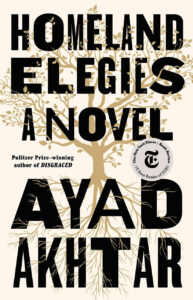 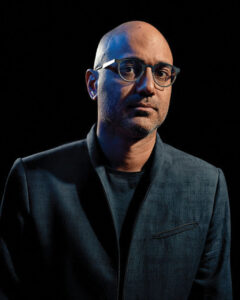 The year-long “Forever Foreign” series is bringing notable scholars, authors, and films to campus and to the attention of the community, and will culminate with keynote lectures by two Pulitzer prize-winning Asian-American writers and public intellectuals — Viet Thanh Nguyen and Ayad Akhtar — in the second week of Block 7. In their work, both Nguyen, author of “The Sympathizer” and “The Committed,” and Akhtar, author of “Homeland Elegies,” write evocatively about the legacies of America’s two longest wars and the intersections of violence, migration/displacement, memory, and racism. Nguyen’s work addresses the legacies of the war in Vietnam and Akhtar’s those of the war on terror. Their writings suggest that the lived experiences of Asian diaspora communities and the phenomenon of anti-Asian racism can be productively approached by situating them within the broader history of the U.S. as a global imperial power and the many wars that it has fought in Asia.

Chandrani says for Asian diaspora communities, the Vietnam War and the ongoing war on terror have shaped their lived experiences as immigrants/exiles and these wars have also contributed to the current wave of anti-Asian racism.

“This year marks the 20th anniversary of the war on terror, and thus, a public event that brings together two leading writers to share their work and thought on questions of war, migration, and memory would be particularly apt,” says Chandrani. “The series and their lectures will contribute to the broader conversation on anti-Asian racism by situating the problem within its global contexts and to the ongoing conversation to transform Colorado College into an antiracist institution.”

The series is sponsored by the Asian Studies Program; Cultural Attractions Fund; National Endowment for the Humanities; MacLean Fund for the English Department; Department of History; Department of Political Science; Butler Center; Department of Race, Ethnicity, and Migration Studies; Center for Global Education and Field Study; and Feminist and Gender Studies.

View the entire schedule, including options to register via Zoom and to join various reading groups.