Hitting the Fertile Ground Running at the FAC

Two “dynamic rock stars,” as Idris Goodwin, director of the Colorado Springs Fine Arts Center at Colorado College, refers to them, will bring new perspective and inspiration to the future-focused arts center. Pirronne Yousefzadeh is the new artistic director of the theatre, and Michael Christiano is the new director of the museum and visual arts.

Together with Goodwin, who joined the FAC in 2020, and other key FAC leaders, Yousefzadeh and Christiano plan to grow the collaborative, inclusive, engaging, innovative environment of the multi-platform artistic space. Goodwin says of his new team, “I got very lucky.” 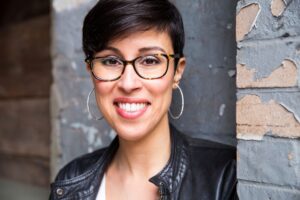 More impressive than the credits these two professionals bring to the table are their plans for the center. Yousefzadeh says, “My hope is for the Fine Arts Center to become a hub for new work. A place where artists can take risks and create something new in an environment and in a community that is, I think, hungry for it.”

Christiano adds, “I believe that museums should continually be rethinking their essential function, what they are, what they do, and who they do it for. It’s moments of transition, like the one the center is currently in, when those conversations can be amplified. That’s very exciting for me. It drives a lot of what I do, and I think the inherent potential for the depth and variety of interdisciplinary and collaborative programming is really intriguing.” 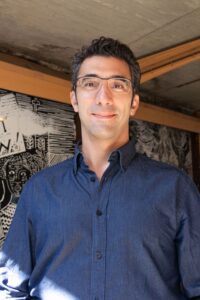 As it happens, Christiano wasn’t looking to leave the SMART Museum of Art at the University of Chicago, but his wife’s interest in pedagogical styles brought her to CC’s website, where she saw the opening. Goodwin says, “Michael has been doing this work for over a decade on the education and engagement side, the leadership side, the director side, and the curatorial side. Someone who is used to wearing a lot of different hats is really good for a multi-disciplinary organization like ours.”

As for Yousefzadeh, “She understands a diverse range of theatre styles and traditions but elevates them,” says Goodwin. “Issues of equity, diversity, inclusion, and antiracism are core to her practice, which is really important for the Fine Arts Center we’re building for the future.”

Fortunately for the Colorado Springs community, she was excited to pack up her many talents and head west from her position at the Geva Theatre Center in Rochester, New York, to start her new role in December 2021.

With such a triumvirate of leadership at the FAC, identifying what’s best for the artistic community of Colorado Springs is inevitable.