“What sold me on CC was that when I interviewed for the teaching post, they didn’t ask me about curriculum or classes. They asked me “What would you do if you came here?” recalls Glenn Brooks, now 86, his Texas hill country accent still dancing around the room.

Brooks arrived in Colorado Springs in 1960, and had little idea of the true weight of the legacy he’d leave at Colorado College.

“I really loved the rustic openness of it,” he says. “The students were great; energetic and lively, relentlessly curious. So much has changed about the college since 1960, but that quality in CC students remains true.”

It’s an incredibly rare thing for someone to help chart a new course, a new direction, for an entire institution. Glenn Brooks, professor emeritus of Political Science at Colorado College, can make just such a claim.

Glenn Brooks in conversation with a colleague.

Brooks, who has been involved with the college since joining the Political Science faculty in 1960, is widely regarded as one of the founders of the Block Plan, adopted by the college in 1970. One class at a time, over the course of an entire academic year, taking deep dives into material with a single-mindedness, an academic voracity, was unlike anything else being done in higher education at the time. It was a learning concept, yes, but moreover it was an entire cultural shift for the CC identity, community, and experience. Brooks and those who helped design the Block Plan changed Colorado College forever, laying the foundations for the CC we know today.

Born in Kerrville, Texas, in the early fall of 1931, Brooks received both his B.A. in liberal arts and M.A. in political science degrees from the University of Texas, before going on to Johns Hopkins University for his Ph.D., which he received with distinction in 1960.

“I was lucky, I got a four-year scholarship through the U.S. Navy, which I had serious intent of joining after graduation, with family associations and so on,” remembers Brooks.

Brooks was a sales manager at the UT Press — his naval plans scuttled by a particularly bad ulcer — and then served as a research associate on the U.S. Committee on Government and Higher Education until 1959, before arriving at Colorado College as an instructor for the start of the 1960-1961 academic year.

“I joined CC because I wanted to teach, not simply research. Some of the other offers I had were from more traditionally structured schools, great schools, but I always felt I was a teacher first and a researcher second,” says Brooks.

“There’s a kill or be killed pressure at other universities and colleges. That doesn’t exist at CC.”

A prolific scholar and thinker, Brooks has three books to his name — “The Campus and the State” (1959), “When Governors Convene” (1961), and “The Managerial Revolution in Higher Education” (1967) — as well as articles beyond count. Establishing himself as one of the leading lights of CC’s renowned Department of Political Science, Brooks was a Rockefeller Visiting Lecturer at the University of Nairobi, Kenya for the 1967-68 academic year, the faculty assistant to the president between 1968 and 1970, and an academic visitor at the London School of Economics in 1972, to name but a few of his academic engagements beyond the CC classroom.

In the spring of 1968, Brooks braced himself for the Herculean task of chairing and shepherding a review of the college’s entire system and program, ranging from academics to athletics, from housing to social and student life, to dining options and diversity within the community. Simply put, everything that CC did or strived to do, went under a microscope, for review and re-engineering.

CC students study the 1970-71 class schedule on one of four 8-foot panels in Rastall Student Center.

In 1969, departments (more or less willingly) came up with possible course schedules under the Block Plan. Courses listed above include Russian History, Sculpture, Islam, History of Ancient Philosophy (with a field trip to Athens), and a seminar on Elizabeth Barrett Browning.

Glenn Brooks, in the midst of one of his trademark animated explanations.

In the fall of 1969, Professors Tim Fuller, Doug Freed, Don Shearn, David Finley, and Brooks, compared notes on how they could possibly be more efficient and engaging teachers, where their frustrations came from structurally, and so on.

“Strategic thinking was not in the vocabulary!” jokes Brooks. “It was a group talking amongst ourselves, with students involved in the dialogue from day one.”

“We were a rambunctious group of psychologists and political scientists, having an animated conversation about where things were and what we can do better that we weren’t already doing.”

“I remember Don Shearn saying, “Why can’t the college give me 15 students and let me work with them? That was the question that sparked the thinking, the entire process.”

From that discussion came the first kernels of a more focused, intensive academic structure, one that would continue to grow and change to meet the needs and wants of generations of students into today and beyond.

The idea that would become the Block Plan took two years of work, rounds and rounds of drafts, edits, reviews, and returns to the drawing board.

“We weren’t thinking about transforming the liberal arts and sciences, it was just a structural change,” says Brooks. “We just thought, let’s try this and see if it works!”

At last, in 1970, there was a consensus among faculty members, the Board of Trustees, and, most importantly, CC students, and the nation’s first Block Plan format was brought to bear.

“The hardest part was persuading the departments to try a trial year of blocks in varying shapes and lengths — different departments had different concerns. Departments with field courses loved it, in particular,” recalls Brooks.

At the time of adoption, the “Colorado College Plan,” as it was called, consisted of three types of principal courses — single courses, interdisciplinary courses, and extended half courses, ranging in length from 3 to 10 ½ weeks long, in addition to various adjuncts. Additionally, and emblematic for one of the most active and relentlessly curious student bodies in the country, there was a leisure program consisting of cultural, student organization, and physical activity components.

CC dove right in, and hasn’t looked back since.

“One of the things I find most interesting,” says Brooks, “is to look at the Colorado College Plan through the lens of history.”

“At the time we were getting this set up, it was an exceptionally turbulent time in the country, in the world, across higher education. President Worner had the courage to let us try this thing, this idea. That the Block Plan is one of the only survivors in higher education from this time — it’s remarkable.”

“Many wonderful colleges sought to change their systems and structures at the time we did, but many didn’t survive as liberal arts colleges. They had to refocus toward research. CC was incredibly lucky, and that luck has been a gift to generations of students, faculty, and staff.”

With the launch of the Block Plan, Brooks was named one of the Outstanding Educators in America for 1971, awarded to college and university personnel on the basis of their professional and civic achievements. Recipients are nominated by officials of colleges and universities including presidents, deans and department heads. Engagements beyond CC were in plentiful supply for Brooks, with positions on a huge number of councils and boards coming his way. These included work as a member of the Chairman’s Advisory Committee on the Humanities in Primary and Secondary Education for the National Endowment for the Humanities, service on the ACM Dean’s Advisory Committee, consultancies with the Ford Foundation, the World Bank, and engagements with educators in China, India, Thailand, South Korea, Costa Rica, and Mexico.

Closer to home, on campus at CC, Brooks served as chair of the Department of Political Science from 1973-76, the dean of the college and faculty between 1979-87, and then as the director of strategic planning from 1991-93. Between and following his deanship and director roles, Brooks returned to the classroom, continuing his teaching and research — focusing on, somewhat inevitably, the intersection of politics and management of higher education. Brooks also devoted time to evaluations of civilian university programs on U.S. military bases for the American Council on Education. 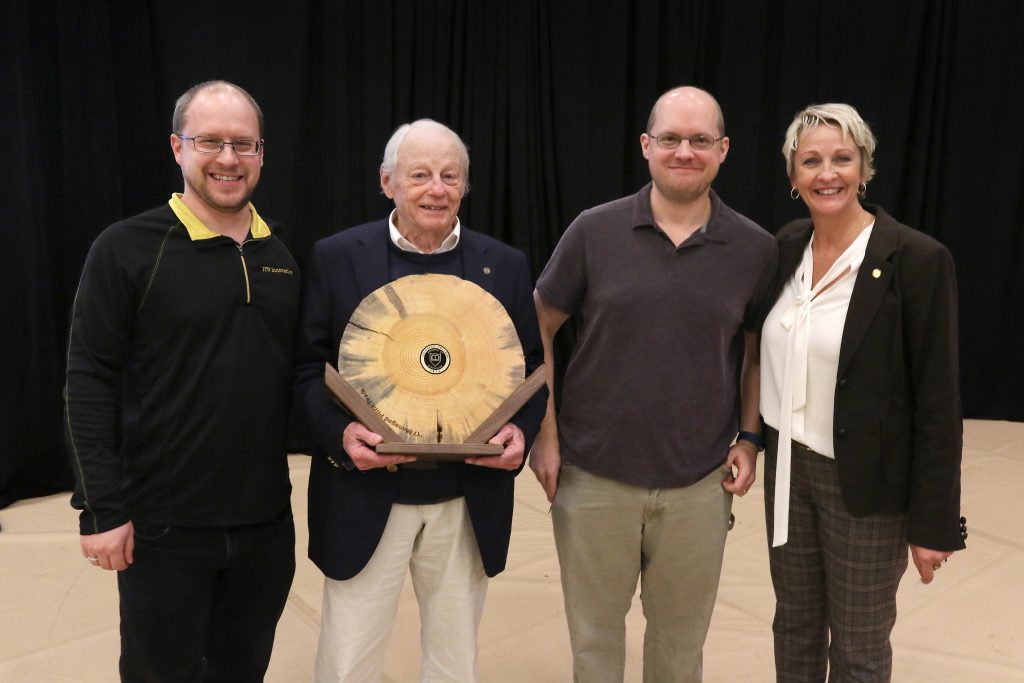 Brooks retired from teaching in 1996, after a 36-year career at Colorado College. In 2016-17, in honor of his many contributions to the college’s past, present, and future, the Glenn Brooks Innovation and Courage Award was named in his honor. The award celebrates and champions those who — like Brooks — have displayed extraordinary courage and innovative qualities in service of the college.