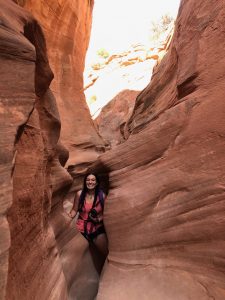 Growing up in Utah, nature’s seasons shaped my life. Fall and winter led me on mountain adventures in the snow, and I spent the springs and summers on desert rivers. I’ve always been happiest outside. Pressures and expectations of school often got in the way. I struggled to balance wanting to excel in school and honoring my love of learning outside of traditional classrooms. After high school I went to semester school in New Zealand, backpacked and canyoneered in the American SouthWest, and worked as a ski technician in the Wasatch Front. These experiences built up my independence, nurtured my education, and solidified my passion for living and playing outside. 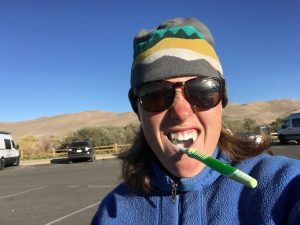 Rainy Adkins was born in Montana, a home that imparted a passion for freedom, mountains, and rivers. Her life began in Eugene, where her family decided to live car-free. While exploring the city streets on an old Miyata road bike with her younger brother, she was responsible for commuting to school and relished racing through backstreets to shave off a few seconds. Recalcitrance began to sprout at her private high school as clergy force-fed her Catholicism. Rainy discovered refuge and peace of mind on nearby trails, pushing her physical limits through running and biking. She thinks independently, respects everyone, appreciates the bright side and hopes to make some sort of difference. 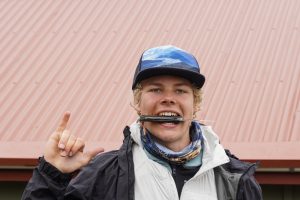 I find joy in the mountains and deserts of the west, mountain biking, running and backcountry skiing. Storytelling makes me happiest, creating photos and films about what inspires me and what I care about. I try to embrace challenges and seek out experiences based on my belief that hardship, both mental and physical, will make me a better person. I find strength in my mentors and focus on surrounding myself with people who inspire me. My home is sacred to me, as there is nothing I love more than the Roaring Fork Valley and the people who live there. 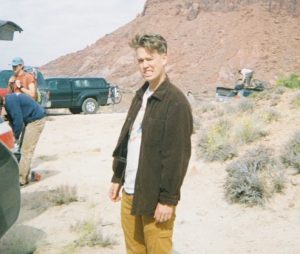 I’m a student, a writer, a photographer, and a serial daydreamer – never in the same order. I eat dessert before dinner, enjoy cold swims, and sometimes fall asleep in the shower. I’m addicted to stories, from books to podcasts to music videos, hence my interest in journalism. A semester spent in Wisconsin’s north woods instilled a passion for environmental stewardship, and I hope to share the stories of those impacted by our country’s inability to care for this planet. My aspirations include converting a van into a tiny house, visiting Antarctica, working for a film company in Paris, and getting eight hours of sleep. 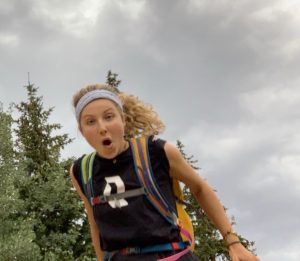 I love being outside, but who doesn’t at Colorado College! Coming from the midwest I am beyond thankful for my new home. My sister Sara introduced me to trail running and climbing and ever since I can’t get enough. I am obsessed with exploring sweet climbing spots all over the West. Coffee enables me to live life in high definition. I am an avid coffee drinker having worked at a local coffee shop in Glencoe called Hometown. I also worked for The Organic Gardener in Chicago, which sparked my interest in how humans source their food. I care about our planet and I hope to further explore how I can help our changing earth. 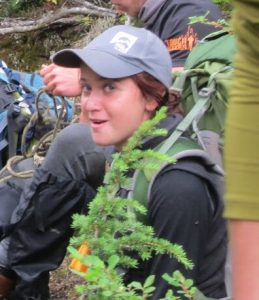 I was raised in the suburbs of northern New Jersey, the youngest of three girls. As a child, I compensated for my small stature and demure nature by insisting on independence and rejecting femininity. I’d wander for hours in the woods with my mellow mutt Socks. I wore a black tuxedo to relatives’ weddings. In high school, I explored interests in art and the outdoors, completing six overnight wilderness solos and a trek in Alaska’s Eastern Chugach Range before moving across the country to Colorado College. My experiences outside have fostered a sense of gratitude for the natural world as a place of comfort, vitality, and importance. 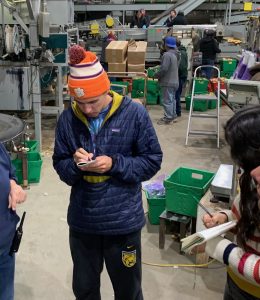 As a kid, I stuttered, which manifested in my personality as an impressive level of nervousness. Thankfully, in middle school, nerves and stutters vanished. At this point, I began to let myself have fun without worrying. I transferred after tenth grade to a private school, where I made my closest friends, developed critical thinking skills, and ran the Waynflete environmental advocacy group. In this group, we organized beach cleanups, ran a discussion on environmental justice, and educated middle schoolers on environmental stewardship. One summer, I worked at a summer camp on the coast of my home state, Maine, where I developed an interest in the connection between education, and the environment. I enjoy hockey, lacrosse, saxophone, kayaking, and cribbage. 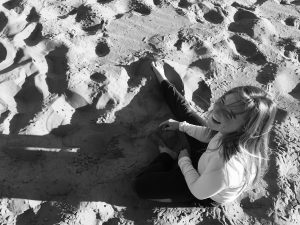 Olivia grew up in Grand Rapids, Michigan, and lived much of her life there. She moved to Mexico during third and fourth grade when her mother opened an office for Steelcase—a furniture company—in Monterrey. Olivia and her older brother Andrew navigated easily in Mexico because they both had learned Spanish in elementary school. In Mexico, Olivia started playing tennis and stuck with it. She also loves skiing—on water and on snow. Those passions connect her to her family because they’re a constant reminder of her childhood when they taught her these skills and helped her develop them throughout her whole life. With the outdoors being such a large aspect of her life, she wishes to preserve it for as long as possible. 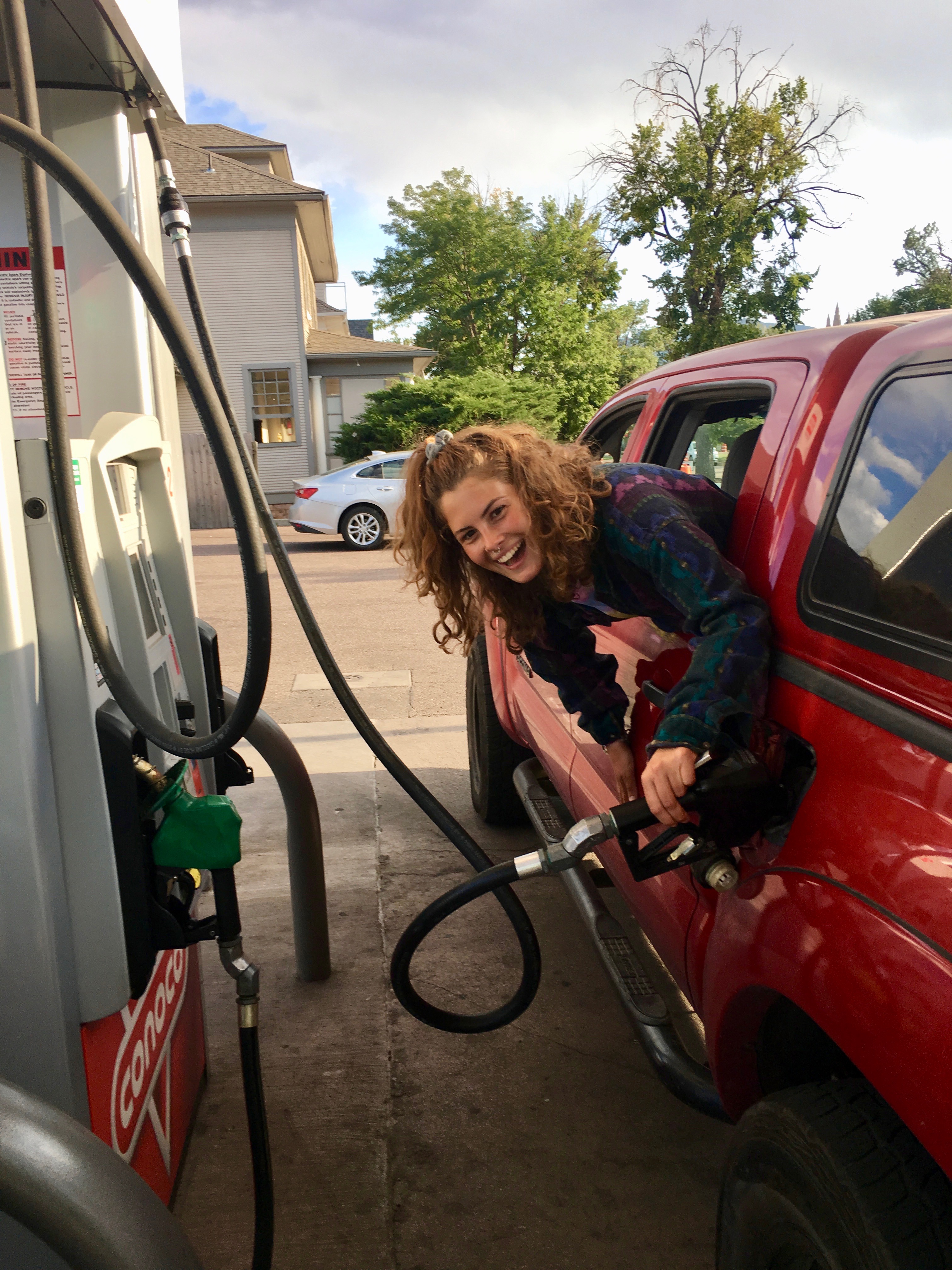 Emily grew up in Seattle, Washington. Her very favorite thing in the world is swimming in the bioluminescence under the moonlight. She also enjoys backpacking, skiing, lying in grass and chewing on grass, taking excessively long to finish a painting and dancing to really loud music. She had a happy childhood with her Irish twin, Christopher, and turbulent teenage years. A turning point in her life was when her father died when she was 17. The death, although devastating, helped her get away from her unhealthy lifestyle and back to what matters to her. She looks forward to a simple life full of adventures, good company and lots of coffee! 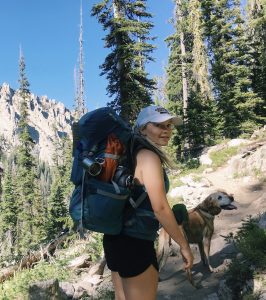 I grew up in Sun Valley, Idaho, but I was born in San Diego, California. When I was five years old, my family of five moved to Idaho. Growing up, I quickly fell in love with nature through skiing, hiking, biking, and playing soccer. Personality tests tell me I’m 51% extroverted and 49% introverted, which means I’m seriously uncomfortable in both extremes. I have an identical twin sister, which means I’m fiercely proud of my independence. I love Brussel sprouts and hate the taste of popcorn. Now, as a sophomore at Colorado College, I am studying biology and ecology. I hope to work in conservation, where I can study and protect the places and creatures that I fell in love with growing up. 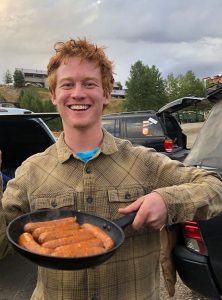 Growing up near Baltimore, Sam liked to roam into the small park near his house after school to hike and bike. When he was in middle school, he began learning how to fix bikes and build trinkets, which quickly became the best escape. During high school, Sam ran cross country, raced mountain bikes, and worked at two bike shops. After graduating, he came to Colorado College, where he is taking all the classes he possibly can relating to the earth, and pursuing a major in geology. After class, Sam finds therapy in jerry-rigging at the bike co-op and exploring the outdoors via bike and ski. 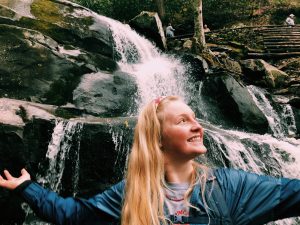 I find escape from the turmoil of everyday life through painting, and my fascination with depicting nature in art drew me from the Chicago suburbs to the Rocky Mountains. My older brothers taught me resilience in the face of antagonization, and my younger brother continues to teach me to embrace silly youthfulness. So I still ask my friends to have play-dates, because I have not yet dulled enough to limit my social interactions to hanging out like a lifeless bunch of bananas. I’m a proud cat person, sock-sleeper, and supporter of shameless dancing. I am driven by an internal pressure to excel in everything I pursue, including learning and sharing people’s experiences with climate change in hopes of promoting environmental awareness. 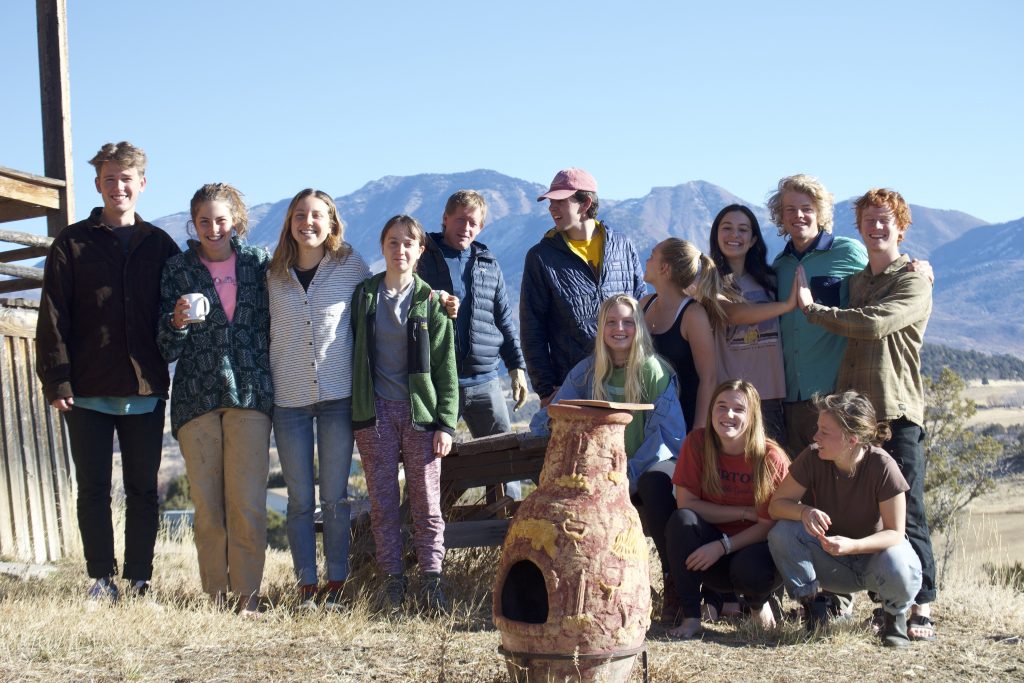