ERIE — Across the plains of Weld County, Colorado, metal towers splinter the blue skyline: oil rigs in every direction.

One sits next to a high school in Erie. Another operates in a green public park where children shoot down playground slides. Others extract oil and gas within a few hundred feet of homes. They hum and spew thick, nauseating diesel fumes. 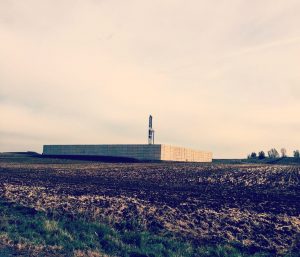 More than 23,000 wells operate in Weld County. It’s one of the most active regions for oil and gas extraction in Colorado, a state where drilling applications increased by 70 percent in the past year.

On a graded dirt road, Amanda Harper stood in front of her yellow brick home during a recent afternoon. An industrial oil truck rolled by, kicking up dust as it left a newly installed drilling facility about a mile down a hill. It thrums behind a beige wall, lit at night by pale, white lights.

It’s the latest of many facilities Harper can see from her house. She has been battling against the fossil fuel industry for the past five years. Harper said she fights for her family, a husband and teenage son, and also for her home.

“Pretty much me and my husband put our entire life savings, life, everything we had into buying this and to being farmers. I mean, we had a cow for a while. We had chickens, ducks. The whole thing. We did farming. And then this happened. And I go back and forth with: How much pollution am I willing to live with?”

As the 2018 midterm elections approach, Harper said she and other residents hope voters will pass Proposition 112, a measure that would require new industrial operations to be built at least 2,500 feet away from schools, homes, and water sources.

In the future, she hopes “that the oil and gas industry is pushed out of Colorado.”

That may be unlikely for an industry that generates billions for the state’s economy, but Proposition 112 would begin to change the regulatory framework that determines where new wells can be drilled on the land.

“It would be a step in the right direction,” Harper said.