“I represent the people who care about this valley and systems who don’t have a voice,” the council’s director, Christine Canaly said in a recent interview. 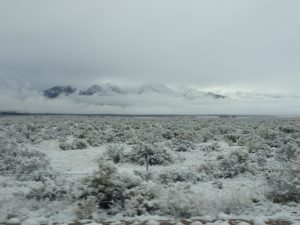 Canaly enlists the public in campaigns to sustain the ecosystems that make the valley beautiful. Rabbitbrush and greasewood-covered plains cover the valley. The striking Sangre de Cristo mountains tower over the grassland. Deer and elk prance through the landscape. At night, coyotes howl as they are mesmerized by the Milky Way shining above.

“When I go into a public forum, everyone’s like ‘Oh no, Chris Canaly. What is she going to do now,” Canaly said.

Canaly has an impressive record: she’s developed curriculum at Adams State University in Alamosa in order to mitigate indoor air quality problems. She launched a bi-lingual education in the valley to teach residents about their environmental impacts. She received congressional recognition for her efforts in preventing a trans-basin water diversion of aquifer water out of the valley.

Among the issues she exposed: illegal dumping of waste in the area. When she rallied residents, many people identified this as a problem. The council created a map informing residents of where they can recycle their waste to facilitate preservation of pristine land.

“Why aren’t we taking care of what we’re already producing, instead of having to demand more?” Canaly said. 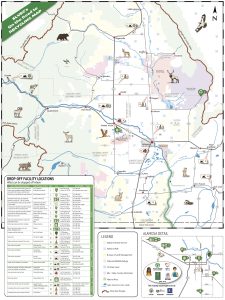 “People are ignoring everything they’re riding by,” Canaly said. She contends that mountain biking is fragmenting the landscape and displacing wildlife.

For Canaly, it’s common sense that humans need to stay off some land.

“There are areas humans shouldn’t be going to certain times of year. Why can’t we just say areas need to rest?” Canaly said. “Is it really beneficial to develop land for human purposes?”

She moved to the San Luis Valley in 1988. For the first twenty years of living in the area, she said she just listened and learned issues that people were facing. She realized she had to take action.

“At the end of the day, it’s just my conscience that drives me,” she said.