The best part of the Hollywood block is starting each day with a terrifying drive through LA rush hour. NO it isn’t. 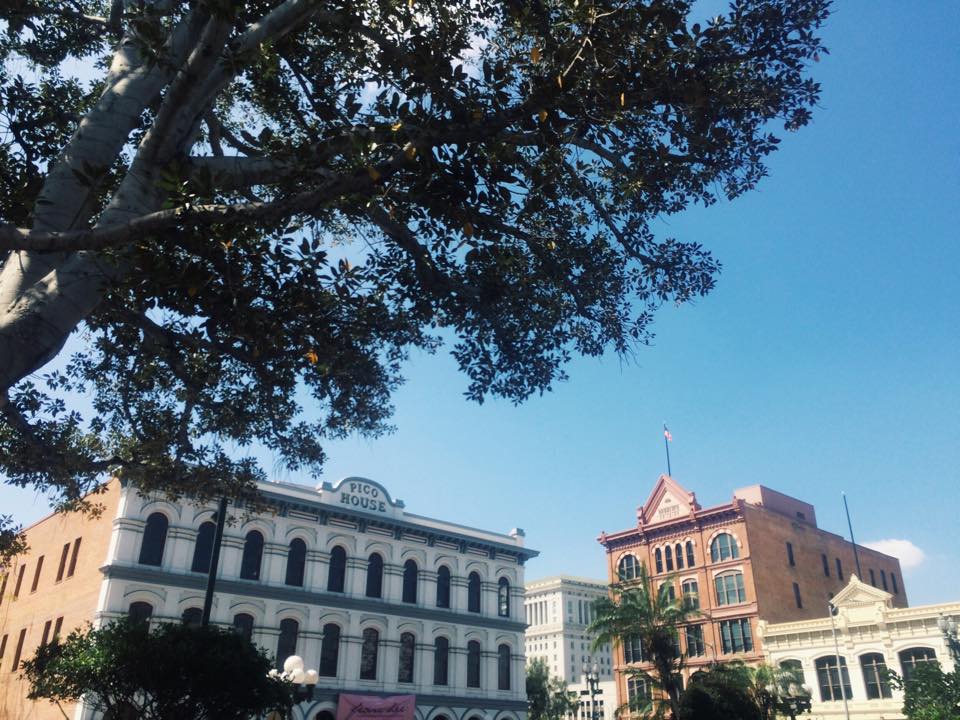 I wanted to write about our visit to the Academy of Motion Picture Arts & Sciences Margaret Herrick Library because I have a deep nostalgia for these places, since my mother is a librarian. 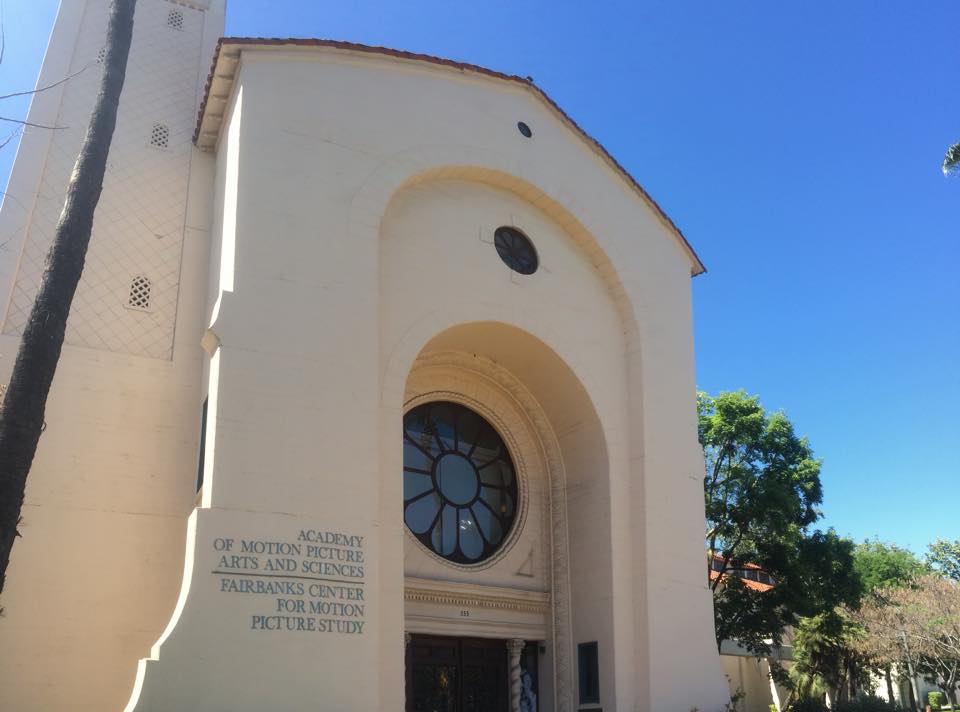 This isn’t Tutt: we must leave our phones and backpacks in lockers at the entrance, fill out paperwork and submit our IDs, and use a pencil – no pens. Quiet is actually enforced. And I got to hold the Oscar that went to the moon in March 1992.

We are on assignment, working toward a historical essay about our field of interest. Bennett’s doing film coloring, Kenyon is researching satirical comedy, Hannah is interested in the casting of Gone With The Wind, and I am perusing through a book called The Indie Guidebook to Music Supervision For Films, by Sharal Churchill.

I am interested in music in film, whether it be music videos, documentaries about musicians, or the role of the music supervisor in the creation of the film. For my historical paper, I am investigating the transition from composing scores to accompany films to selecting popular music to be featured in the film. As this progressed, when did writers include specific songs in the script?  When did popular musicians begin to write songs for films (Prince’s  Batman)? Was Pretty In Pink named after the Psychedelic Furs song? Music in film might be my favorite part of movies – it can make or break it for me. Think about the greatest musical decisions of all time in movies. My dad once had to leave Rite Aid because he got choked up when he heard “My Heart Will Go On.” The job of a music supervisor fascinates me.

At the library, you can request some really cool artifacts from Special Collections, like director’s scripts (notes and all), promotion posters, and fan letters. I am requesting a letter from Stanley Kramer to Dimitri Tiomkin, who wrote “Do Not Forsake Me, Oh My Darlin’” for Kramer’s High Noon, sheet music from Broadway Melody, and the dialog cutting continuity for Singin’ In The Rain. On Monday we will dive back into these documents and use them to strengthen our research. I’m so excited to have the opportunity to take advantage of the great preservation work the Academy does.

We drove to Raleigh studios to screen Sunset Blvd, directed by Billy Wilder (1950). This flick is about an aging Hollywood Silent-era star, Norma Desmond, who is slipping into insanity as she tries to cling to her stardom after the rise of talkies and her fall from star power. Something I’ve been thinking a lot about while we have been enjoying these classic films is the emotion behind the developing technology. Often we get hyped up when the next new CGI stunner gets released, when new technology gets released – but when these things happen, people lose their jobs, or don’t really “make the transition to talkies” and fall to the wayside. Though a lot is gained through developing technology, I feel that there is also something lost. There is really something incredible about watching these classics, and appreciate the realness of them, and the beauty of film.

When we watched Buster Keaton in Steamboat Bill Jr. (1928) at the TCM Classics Film Festival, the man who introduced the film said, “The best visual effect was Buster Keaton himself – all of today’s movie magicians couldn’t make one Buster Keaton.” 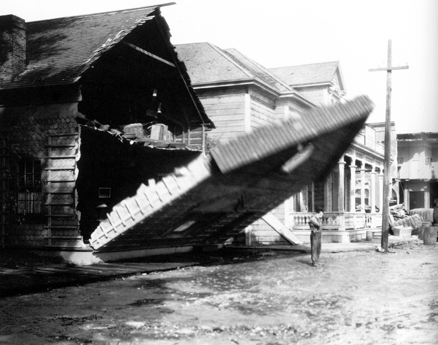 After Sunset, we trekked out to Santa Monica, to the Aero Theatre, for a screening of The Godfather. Since we were all born after the premiere of Francis Ford Coppola’s 1972 masterpiece, I don’t think any of us had ever seen the film on the big screen – which was quite the experience. 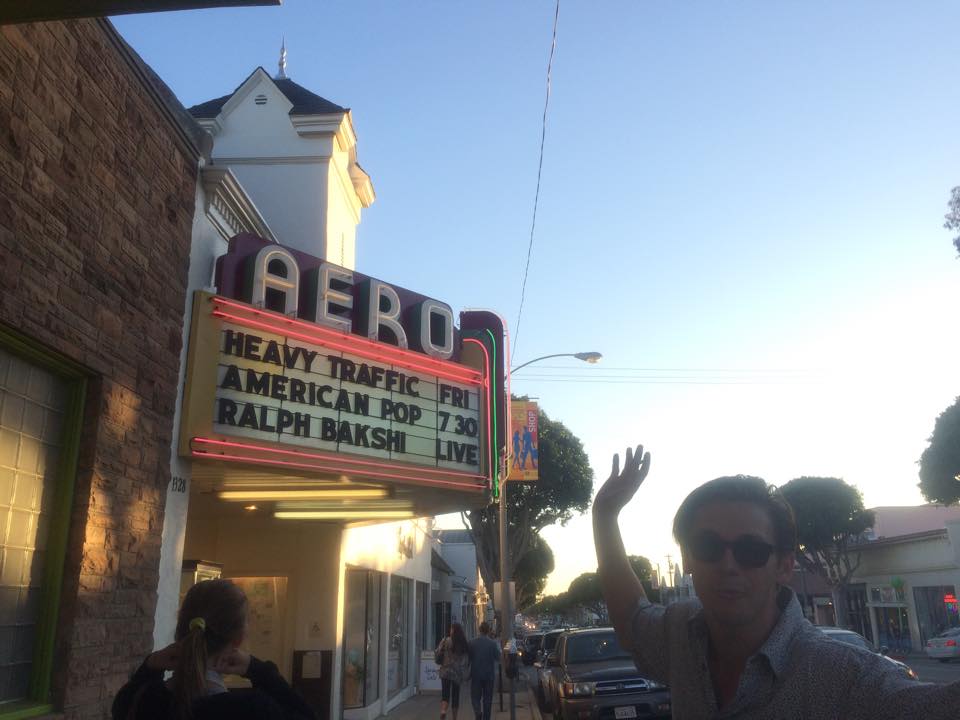 Just wanted to leave you with-

“Films are waking dreams…they uncover a lot of mysteries in that way.” – Billy Friedkin