Getting to the Directors Guild of America can be long and arduous, and no, I am not speaking about the traffic on Sunset Boulevard where the DGA national headquarters is located. 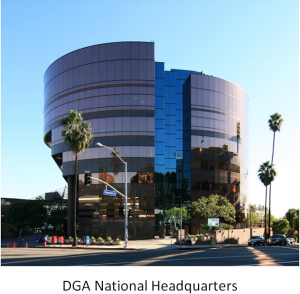 The DGA is a prestigious institution that acts as a union for Directors and their teams, along with providing opportunities for directors to show their films to educated audiences.  The DGA was formed in 1936 as the Screen Directors Guild; the name changed in 1960 to the now Directors Guild of America.  The DGA has been headed by many famous directors over the years, including King Vidor, Arther Hiller, and Martha Coolidge.  Along with pictures and archives of some of Hollywood’s greatest films, there is a large screening room where films are screened and awards shows are held. 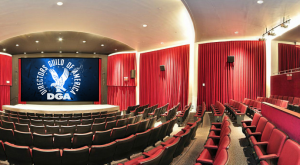 Our class was invited to a screening at the DGA in L.A., where we saw William Friedkin’s lesser known Sorcerer (1977). I say lesser only because when the film premiered, it was supposed to have similar success to that of The Exorcist (1973), Friedkin’s monumental horror hit.  However, a little film by the name of Star Wars happened to be premiering one week later, and it seemed the public was more interested in seeing that than Sorcerer.  Nevertheless, our class watched Roy Schneider, Bruno Cremer, Francisco Rabal, and Amidou take the trucks filled with Nitroglycerin across South America, we watched the infamous bridge scene were the trucks nearly fell off, and finally we watched a tree get blown up that cleared the road to allow the trucks to continue on their journey.  The film was riveting, stressful, and brilliant, definitely worth watching if a William Friedkin fan.

In addition to watching this incredible movie, William Friedkin himself answered questions after the screening.  This was a real treat to all of us, especially because we got to listen to the thought process behind Sorcerer and the decisions Friedkin made while making the film.  We got to hear the comedic genius that William Friedkin really is, and the stories he told were unforgettable.  (Many of which can be found if you google long enough). 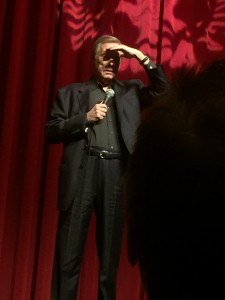 We salute you Mr. Friedkin!

1 thought on “Welcome to the DGA”