The rain was a welcome respite from the annoyingly consistent sunshine here in LA. We were finally given a day fit for watching a good movie inside. For us that film was Rebel Without a Cause (1954) featuring the sublimely cool James Dean. But before I go off on a whirlwind of admiration for one of the first teen films–a film that would establish the form for decades to come–I must first bring up a blaring issue with the screening. The audience (my peers) would not stop talking throughout the film. I understand that a lot of the lines and scenarios in the film are now considered cliche and are hard not to laugh at–I am thinking about little Plato’s introduction, when he has been hauled into the precinct for shooting puppies with a handgun. Laugh all you want (I did too). But when an audience tries to talk over a film that is not permissible. I could not help but draw a parallel between my peers watching the film and James Dean sitting in the planetarium “mooing” for laughs over the presentation. It makes me think that maybe the film is still pertinent and not as dead as we all might think. We are all very insignificant. And hearing people try to talk over a film communicating that very emotion is painfully ironic. Anyway, back to the positives, of which there are many.

After the screening we were supposed to take a soothing van ride to the Griffith Observatory to reenact the knife fight scene from Rebel Without a Cause. This was the only point in the day that the rain proved a detriment as we had to stay inside. However, we were still able to practice our knife skills in the apartment, it just lacked a little production value. Instead we spent time with some work written by CC alum Tim Sexton. I cannot reveal any of the intricacies of the work, but we were very much looking forward to meeting with him and pitching some of our own ideas over a glass of beer (or wine, Tim liked wine). The rain stopped and we met Tim. I like to think that our thoughts influenced his. Maybe they didn’t, but there is no doubt our time was well spent. Hearing an artist wrestle with his craft is one of the humbling and leveling experiences. It changed my mood for the rest of the night. I felt light.

Before we left dinner there was a moment of extreme peace. We were in Topanga Canyon, a special place founded by hippies in the 70s, and largely untouched by the turmoil of the city. I was standing next to our trusty van, my eyelids heavy with wine, just trying to calm down after such a hurried introduction to LA. There were tree frogs, mist (not smog), and a coolness that can never be felt in the city. It was a dose of exactly what we all needed. I mean, you probably sensed some of the tension in my opening paragraph and Topanga Canyon took that all away. It was a reset, a very necessary cleanse before embarking on the busiest week we will have while here in LA. I would like to go back there some time and go for a drive, maybe stay for awhile. 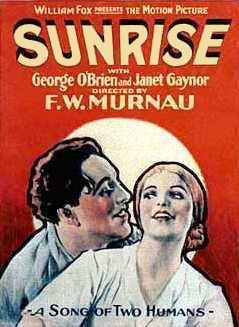 I watched F.W. Murnau’s film Sunrise.  I have seen many silent films and being a child of the current times I often take them for what they are (or aren’t)–missing half of the audio/visual equation. However, after seeing the film I saw a new side of silence. I saw I silent film with a modern touch or flair that made me cry at least three times during the screening. Murnau created a film with a poetry and a lyricism that does not exist in other silent films I have seen. I do not attempt to discredit the earliest efforts in American cinema (who am I to do such a thing?) but before sound was inherent in film I feel as though they were only attempting to do the bare minimum–communicate a story. With Sunrise, however, there was a level of artistry I had not yet seen in early Hollywood. I had seen it in other films–Russian, German, and French–but not yet in Hollywood. I understand that Murnau was German but having moved to L.A. he moved into the system. Still, he was able to create a film that communicated a beautiful story (despite studio interference) in a way that only film allows–utilizing the incalculable abilities of film as well as audio. I need only mention the scene in which the peasant husband and wife are unwittingly walking across a busy intersection to describe how the film made me feel. 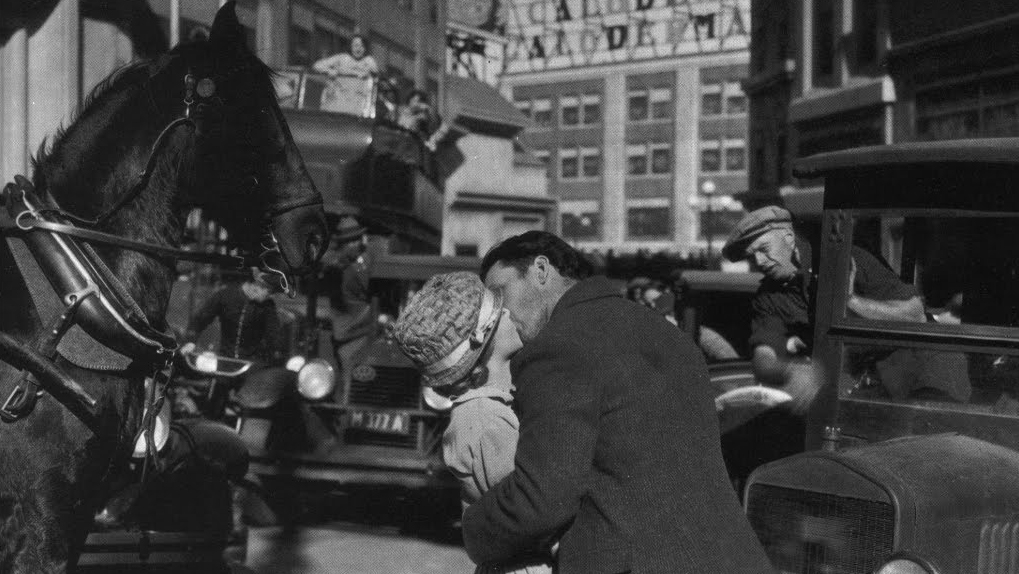 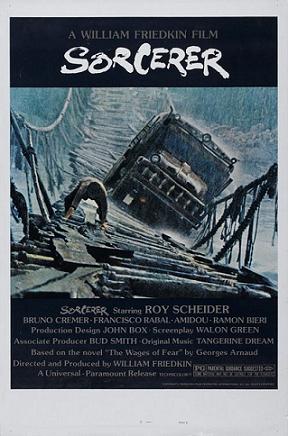 It does not fall under my jurisdiction but I feel it might be my duty to say a few words on last night, our night with William Friedkin. Despite being in the throes of a borderline addiction to cinema in all its forms, I have never had the pleasure of watching such a big time guy talk about such a big time film, Sorcerer. It all started with a gala. We were tossed into a scene–a scene filled with old white men (some in khaki and some in suits) sans direction. I made my way toward the bar. The wine was free and flowing. This helped and hurt my ability to attempt to shmooze the big wigs. It took me awhile to find the right old white men, but I found them. They called themselves Jeremy Kagan and Peter Medak. Despite the wine I realized the weight of the situation–these men are big time, the biggest time old white guys in the room (with the exception of the exceptional old white Billy Friedkin). The pair prefaced the whole night for me and gave me the confidence to watch the film with an analytical eye. That was the only reason I was able to raise my hand immediately following the screening. I asked, and I am paraphrasing here… “Mr. Friedkin, you said your films are like your children. When a film is a problem child do you try to correct it by sending it to reform school or do you allow it to be a problem, to drop out from school and be its own thing?” He repeated the question to me several times (I probably was speaking too fast because I had to use the restroom and I was also very nervous). He responded. I don’t know exactly how he answered as he slightly redirected my question but I could tell it made him think and the fact that I made a brilliant filmmaker think made me think–maybe I can make films too. I never thought that being a member of a massive audience could inspire such confidence in myself. I tried to shake his hand after the showing, but a body guard pushed me aside. Before he left the auditorium he said to me, “Good question, son.” I feel affirmed. I feel confident. I feel like I haven’t felt in a long time. If you get the chance to see the right director at the right time it will carry you along as long as you need. I feel like a got a shot in the arm. 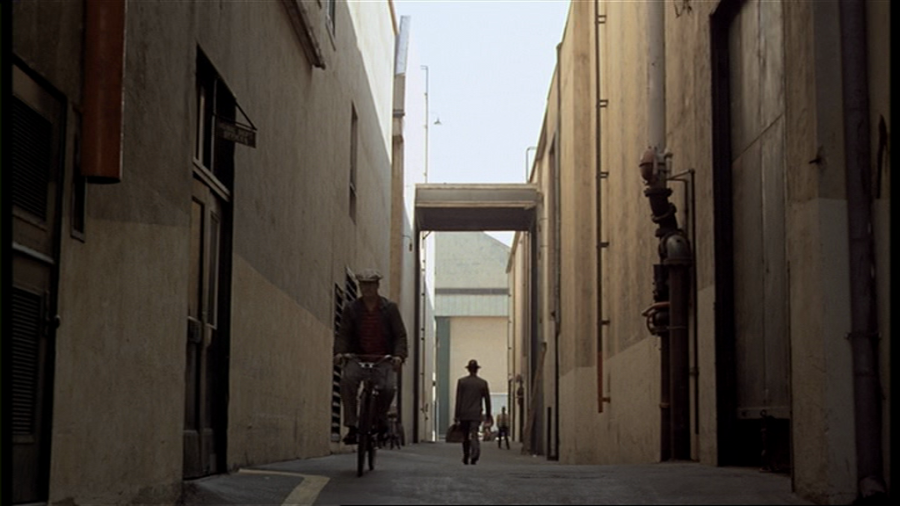 This will be brief,  as I have not been that thus far. It’s about Hollywood. There is a certain kind of mood here–as though the sunlight that is here everyday carries into night. A certain energy that inspires a tenacity that has allowed it to thrive, die, and be reborn throughout the years. It is as though everyone shares the same goal. I don’t want to call it stardom (because that is a fallacy) and I don’t want to call it “making it” (that is a fallacy too). It is something that I can only equate to another thing I know nothing about–battle. Everyone has the same idea and there is a healthy amount of competition but not without a proper amount of camaraderie. Sure, only a few will be chosen, only a few will get the medal of honor, a star on a sidewalk, or a tiny gold man to put in a trophy case, but I cannot shake this feeling that Hollywood needs everyone. It needs the success and the failure. And even the failures aren’t really failing. They live on. They find their place in this town. I don’t think it is an evil beast. Of course I don’t know much. I don’t really know anything. But I believe that everyone who wants to be here will find their place. We can be so many things. We can be directors or we can be women named Shellie who conduct first aid on carpenters in a studio mill. Try and do a movie without those poles and tell me how it goes…or you could just get blacklisted. What do I know?