The Colorado Classics Association annually awards the Teacher of the Year to a K-12 educator from the state who has demonstrated sustained and distinguished teaching in the field of Classics, and service to CCA and the broader Classics profession.

The call for nominations is typically put out in the fall and materials are due January 1 by e-mail. All candidates must be nominated. The award is given at the CCA’s spring meeting. Nominations remain active for three years. Here is last year’s form to give interested parties a sense of the materials required.

The 2020 winner is Frank Gummerlock of Holy Family High School in Broomfield.

Frank has been teaching Latin since 1995 and at his current school since 2003. A teacher known for combining a contagious enthusiasm for Latin with results-oriented academic rigor, Frank has overseen a tripling of enrollments, as he did in his previous position at Doherty High School (Colorado Springs). Frank is a model of engaged teaching, keeping Latin visible at his school by encouraging his students to perform Latin-language cheers at events, overseeing engaging video projects, and making recitation a key element of his classes. He is also an invaluable member of the greater Colorado Classics community, having served three times as an officer of the CCA and bringing a team for over twenty years to compete in certamen at the CJCL convention, an organization for which he was the co-chair from 2014-2018. An active scholar (St. Louis University Ph.D 2004), last year saw the release of Frank’s latest contribution to the Commentary Series of the Teaching Association for Medieval Studies (TEAMS): a volume containing translations of early ninth-century works on the Book of Revelation by Theodulf of Orleans and Smaragdus of Saint-Mihiel, two theological advisers to Charlemagne. Congratulations Frank!

Past winners of the award include: 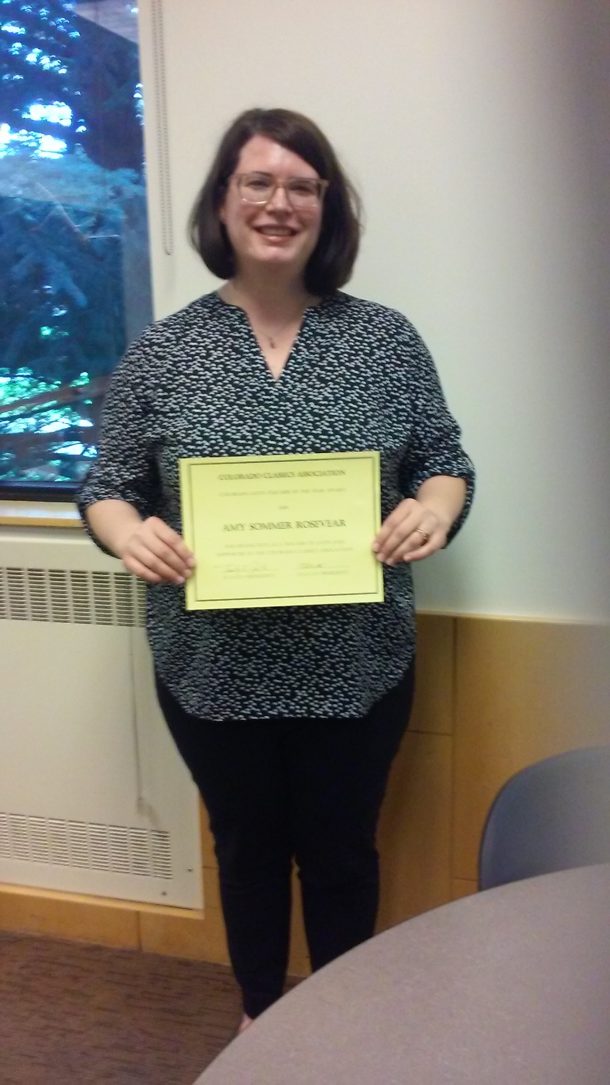 Amy has built up her school’s Latin program from a single part-time instructor to a full- and part-time position, and she even added AP Latin. She has, inter multa alia, been a CCA officer twice, is active in CJCL, serves on the ACL’s Board of Governors, and has won CAMWS’s Mason Award. One example of her innovative teaching is having AP students conduct a mock trial of Julius Caesar for his imperialist activities in Gaul while they read de Bello Gallico. Congratulations Amy!

Amy also received a 2019 Award for Excellence in Precollegiate Teaching from the Society for Classical Studies (SCS), which is only granted to three outstanding teachers of Latin, Greek or Classics at the K-12 level in the United States or Canada every year. Read the SCS’s statement here. 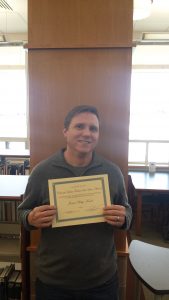 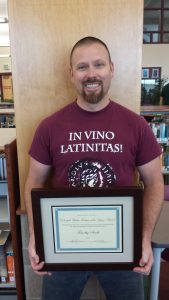 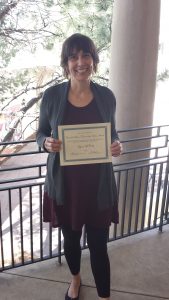