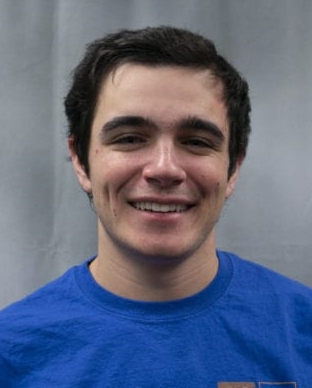 Elam Boockvar-Klein ’20 has been selected as CC’s latest participant in Campus Compact’s Newman Civic Fellowship. This award recognizes and supports community-committed students who have demonstrated an investment in finding solutions for challenges facing communities throughout the country.

Boockvar-Klein started his involvement at CC during his first year, when he began work in political advocacy around the Israeli-Palestinian conflict. He has also co-lead an after-school program at an underserved local middle school, where he helps younger students develop their own  community organizing skills.  A sociology major, Boockvar-Klein sees clear connections between localized and globalized systems of oppression, and believes the key to effecting community-level change is “to first understand the big-picture policy and economic structures at play.” You can read President Tiefenthaler’s nomination and Boock-var Klein’s full personal statement on the Campus Compact website.

Boockvar-Klein’s one-year fellowship will begin next fall. As part of the fellowship, Campus Compact will provide Boockvar-Klein with a variety of exclusive virtual and in-person opportunities and events, including a national conference of Newman Civic Fellows, that are designed to provide training and nurture fellows’ assets and passions to develop strategies to achieve social change.

This year’s class of Newman Civic fellows is made up of 262 community-committed students representing Campus Compact member colleges and universities from 41 states, Washington, D.C., Mexico, and Greece.

Elam Boockvar-Klein has also received a 2017-18 Venture Grant for his project “Asylum Advocacy: Investigating the Changing Policies of the Deportation Machine in the Rural South,” as well as the CCE’s 2017-18 Community Collaborator Award.

Each year, students interested in pursuing a project to engage with and support their community can apply for mini-grants from the CCE. Financed by the William P. Dean Memorial Fund, any student-led initiative which works with a community nonprofit partner to address a social need is eligible. Here, we take a closer look at one of those projects.

Helen Donovan, a Classics major, first discovered her passion for ancient economies during her First Year Experience course at the very start of her time as a CC student, when she first experienced the collections in the Money Museum’s vaults as part of a class field trip. Since then, her interest in the subject has grown; she soon discovered much of the Greco-Roman portion of the collection had been cast away, hidden from its audience’s view.

“The Money Museum has as of now lacked the funding to employ a coin cataloguer that would allow the organization to bring their extensive collection of Greco-Roman materials from the vaults of their basement into the public eye,” explains Donovan in her application for the grant. “By employing members of the CC student body to complete cataloging by means of school-accessible grants, the Colorado Springs community would have the opportunity to view an entirely new collection of coins, the Money Museum would no longer have to store an incredible academic resource in their vaults, and CC students would be granted the ability to apply for a job that would engage them intellectually with artifacts outside of the classroom.”

With the help of her professor, Richard Buxton, Donovan has had special access to these archived collections, but knowing such important artifacts exist in a private space is not enough for her. Working alongside the American Numismatic Association, she hopes to use her passion for numismatics to prioritize her mission to catalogue coin hoards as a means of bringing the currently inaccessible resources she studies to the community. Plus, following a recent research trip to Greece during fourth block, she hopes to apply her newfound knowledge and experience with the culture to her project.

“Given the size of the Money Museum’s uncatalogued collection of Greco Roman coin hoards,” declares Donovan, “My proposed project of a single employee working with the Money Museum is intended as merely a first step in an aspirational larger program.”

While the project was original scheduled to take place January through May 2019, the time frame was altered for her to start research for her project during the coming seventh block through the summer. Look out for new additions making their way into the Money Museum soon!