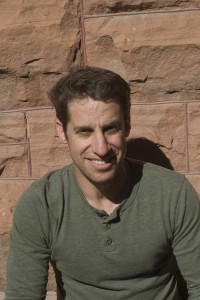 Professor Paul Myrow’s interview on The John Batchelor Show to discuss a recent article “Rapid Sea Level Rise in the Aftermath of a Neoproterozoic Snowball Earth,” published in the journal Science in early May. He co-authored the article with Ryan Ewing ’98, who was a CC geology student and is now an associate professor of geology and geophysics at the University of Texas A&M. A third researcher on the paper is Michael Lamb, professor at California Institute of Technology. Part 2 of the interview.

I am a sedimentary geologist with a wide array of research interests. My work has largely centered on the interpretation of sedimentary rocks and structures. I do process-oriented studies of a variety of primary sedimentary structures, bedforms, and stratification, as well as paleoenvironmental analyses of lithofacies in rocks of various ages. I also study aspects of Earth history, primarily late Precambrian and Paleozoic strata. My early work was centered on the Precambrian–Cambrian boundary interval and in later years I focused on middle/late Cambrian and earliest Ordovician history on nearly every continent. This work was extended to include detrital zircon geochronology, carbon isotope stratigraphy, and aspects of tectonic reconstructions. I have worked in the Himalaya and Southeast Asian region for the last 12 years, and have done three seasons in Antarctica, specifically the Transantarctic Mountains. I am presently involved in studies of Devonian strata of the southwest U.S.; Cambrian strata in the Rocky Mountains, Antarctica, Himalaya, and Inner Mongolia; analysis of wave ripple dynamics using a flume at MIT; and a number of other projects.