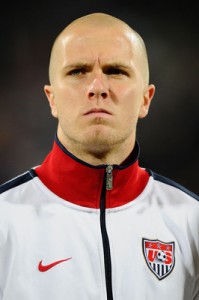 “This will be a World Cup where teams that do well will suffer. We want to be the team that can suffer the most”

It is so seductively easy to fail in filmmaking. I mean, it’s practically like the process begs you to fail the entire time. I keep thinking about this book I read about the Navy Seal training process; not to put filmmaking next to Navy Seal training, but there is an image of trainees getting up to ring this bell to drop out of Seal training. That’s what it feels like. That bell is so close, and the entire time I am trying to make a film I have to tell myself to have faith that the egregious amount of worry and preparation will be worth it in the moments I get it right.

I began shooting today. In all of the films I have been a part of, beginning to shoot is both exciting and terrifying. More terrifying. I began today filming a group choreography class followed by an even larger group contemporary class. The number of little details I need to remember when making a film is insane. First, I need to get consent forms for each of the people in the class. Except, all of the dancers, minus the instructor, are under 18; that means I need the parents to give written consent before I begin filming. Class started at 12; at 11:30, with the help of the Ormao director, Jan, we began frantically calling all of the parents of the dancers to make sure they could come in to sign consent forms. Thankfully, this first class was only a group of four or five girls, and as long as their parents dropped them off, I was good. Not too bad.

Next came the larger class. Thankfully I had a sheet with names on it of people who had already committed to the class. I began going down the list making sure to call parents of kids who were under 18– it looked manageable. I got a lot of parents on the phone, and they were all very understanding and agreeable. It’s pretty strange to meet somebody, shake their hand, introduce myself, then tell them to sign a waiver so I can film their child. Ultimately, I am trying not to get sued, so it’s worth it. Everything seemed to be going well; as people began to trickle in for the evening class, I methodically went to individuals to makesure I signed them off. All was well until I realized that a lot more people would be coming that weren’t on the list I had. Assumptions… the worry began when one girl I had met previously arrived for class, and I knew she was under 18. Her mom had already left the parking lot and was on her way home– I had to suck it up and awkwardly ask the girl to call her mom so she could turn around and sign the consent form– thankfully she did.

It got worse. More and more people started to come in so close to the class time that I knew there was no way I could get to everyone unless I postponed class. I hate intervening in events like this, but filmmaking requires it– especially documentary. With fiction, as long as you have willing actors who are getting paid, they are willing to suffer a little bit for you. It’s harder when you are asking everyday people, who aren’t actors accustomed to following scripts, etc. My energy at that point was running on a meager salad. A girl approaches me with a concern: she’s 5 months from being 18. She wasn’t on the list. Worse, she drove herself to class, so her parents were at home. I had little choice but to cold call; there were barely 5 minutes until class started. Thankfully, her mother was kind enough to drive to the studio in order to sign off on her behalf. The worst thing is there was really no way I could have prepared for these things; I had no idea who was definitely going to show up or wasn’t. I could have put up a group disclaimer on the door on the way in, but that wouldn’t have mattered for people under 18. It is so incredibly painstaking making sure everyone has a release signed, but the worst thing would be to need to track somebody down I don’t know because they are in the background of a shot I need to use for my film.

All of this still doesn’t really cover the frustration of starting to shoot a story I haven’t thought of yet. Today it might as well have been my first day with a camera. I had a slight idea of what and who I wanted to film, and everything seemed decently clear the night before as I went to bed. It’s still consuming; I woke up three or four different times between like 6 and 8 in anticipation and sheer nerves. Often I have dreams of messing up certain shots, or missing something. When everything starts to happen in real time, all the planning sort of doesn’t apply. Things are changing which I can’t control, and despite having a few shots I know I want, it becomes overwhelming very quickly where to actually point the camera, let alone make sure I can edit it coherently later. On top of that, I can’t just be locked in to my camera because I may miss a moment that is about to happen, where I need to move the camera or take it off my tripod.

The best part is it’s early. I know now that the stampede of feet that ruined my sound won’t happen again. I know now that I probably should get release forms more than a day in advance if possible. I’m trying to thinkof the World Cup; despite all of the pains the US has endured, and lack of faith in the our chances, we are advancing to the Round of 16. Michael Bradley describes suffering well; it’s listed above, but its worth repeating, and I think it really explains filmmaking well.

“This will be a World Cup where teams that do well will suffer. We want to be the team that can suffer the most”

There is no good film without suffering. Some happens now, some mid-shooting, and a lot in the editing room. The hard part is learning to love the darkest parts of it enough to endure to reach the good parts. I’m actively waiting.