I’m Shaian Gutiérrez, and the work of art that I’m learning about in my FYE is called La Catrina, by José Guadalupe Posada. La Catrina is a lithograph print that was made during the Mexican Revolution. The image is of a skeleton with a large, expensive hat on. I’ve been learning about (and will continue to learn about) La Catrina and her significance for our class-curated art exhibition at the Fine Arts Center Museum. Curating our own art exhibition was beyond my already high expectations when I came into college. Opportunities like this are arguably what makes Colorado College so unique. Aside from choosing our pieces, the first step in setting up our exhibition was comparing the artworks formally. Our professor, Victoria Ehrlich, printed out small cards with our art objects on them, and encouraged us to talk with and group up with other students who had artworks that had formal characteristics in common.

One of the first people I spoke to was working with a print as well, Kablaam, by artist John Matos. With Kablaam’s bright colors and cartoon style, the similarities seemed to be few, save for the black and white man in the middle of Matos’s piece. Simply knowing that both of our artworks were created in the same way was enough to find a connection between our pieces. Another student, working with the artwork, Low Rider, by Luis Jimenez approached me. An immediate connection we could draw between the two works was the cross-hatch shading. The cross-hatch shading created white spaces between the lines in both artworks. From the shading alone, our pieces shared a visual connection. Yet another piece of art was a bowl from Mesa Verde, made in the time span of 1100-1300 CE. Although I hadn’t realized it until I saw these objects in person, the lines and colors on the bowl were almost identical to those in La Catrina. I found it particularly interesting that these artworks were made hundreds of years apart and came from different cultures and still managed to resemble each other in some ways.

Every detail in a work of art is significant when it comes to formal comparisons. Whether it is the lines in an object, the colors (or lack thereof), the medium, the artist’s cultural background, the scale of elements within the piece, or the sense of depth, there are always interesting visual parallels that can be drawn between two works. 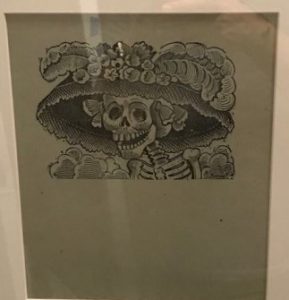 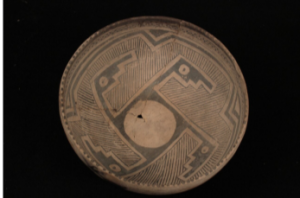 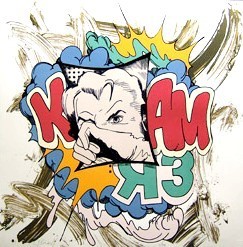 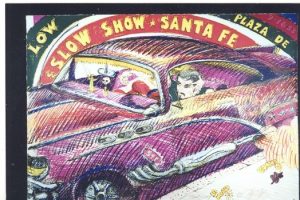