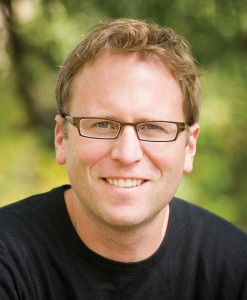 Graduate and author shares his love for exotic places

When most people journey to Agra, India, and drink in the sight of the Taj Mahal, they’re most likely thinking about the graceful form and the intricate surface of the marble mausoleum.

Not John Shors ’91. Oh, he admires the structure itself, a world treasure since 1648. But on a 1999 trip, he saw the monument to a great love — and the people who built it — and had the idea for his first book, “Beneath a Marble Sky.”

After earning his English degree at CC, Shors taught English in Kyoto, Japan, for a few years, then traveled through 10 countries in Asia, indulging his love for the people and places.

He carried that love back to his hometown of Des Moines, Iowa, where he became a reporter. In his spare time, he began crafting his story of the Taj Mahal’s beauty and barbarity.

“The Taj Mahal is one of the wonders of the world,” he said. “There’s arguably the most famous love story in the world behind the Taj Mahal’s creation. Yet no one in the West had ever fictionalized that story, had ever written a novel about it. So I thought there was an opportunity to make a splash with a debut book.”

Shah Jahan, creator of the Taj Mahal, had multiple wives, but Mumtaz Mahal was the most beloved. When she died in childbirth, the shah was devastated and India was changed forever. The book’s protagonist and their daughter, Princess Jahanara, must navigate court intrigue, family discord, degradation, and soaring love without her beloved mother.

Somehow, this white man, then in his 30s, wrote convincingly from Jahanara’s perspective.

“I put a lot of thought into her and I really tried to get inside her head, just as I try to get inside any character’s head and figure out what makes them tick. I’ve had a lot of conversations, within me, on how to make these characters believable. It’s also important to determine how the characters help move the plot forward and advance the story.” 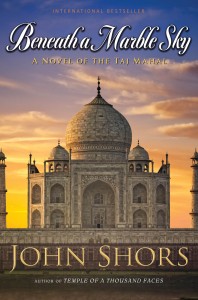 Beneath a Marble Sky (cover image)

It wasn’t easy — Shors edited the 400-page book 56 times during the five-year process. He withstood a torrent of rejections from agents and editors before “Beneath a Marble Sky” finally found a publisher; it came out in 2004. Readers around the world responded to its vivid contrasts between rich and poor, love and hate, making it a best-seller in multiple languages and allowing Shors to become a full-time novelist.

“Without the human stories to advance the plot, the story, and the setting, the whole novel would be hollow. By pondering the human suffering, the human perspective of the Taj Mahal, I was able to bring the Taj Mahal to life in a very three-dimensional, fulfilling way. I don’t think I could have done that without the human component.”

Shors used that formula on subsequent books, which include “Temple of a Thousand Faces,” inspired by Angkor Wat, and an upcoming book intertwining a love story with the Great Wall of China. He’s explored about 20 miles of the wall, and that thorough research enables readers to feel they’re walking alongside his characters. 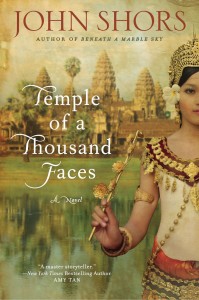 We are with Princess Jahanara as the memorial to her parents’ love is completed. Shors writes:

“As the Taj Mahal was slowly revealed, we each seemed to relish its extraordinary presence with an awe surpassing even our love for Allah, or the Hindu gods. For this presence was tangible. We gasped, reached out, and touched its sweeping sides. We looked skyward and shook our heads in astonishment at the sculpted mountain above. So many of our people dressed in rags and slept in filth. To look at such beauty was beyond anything they expected in their lifetimes.”

He also writes about contemporary experiences, as in “The Wishing Trees,” about a family that lost its linchpin when wife and mother Kate died. Ian, the grieving husband and father, and his 10-year-old daughter Mattie go on a journey prompted by letters Kate wrote as she faced death. At first, the letters are knives plunged into Ian and Mattie’s hearts; by the end they provide comfort, just as Kate did in life.

Readers experience Ian and Mattie’s pilgrimage through Japan, Nepal, Thailand, India, Hong Kong, Vietnam, and Egypt; we can almost smell food cooking in a Hong Kong restaurant and feel the swaying of a narrow bridge in the Himalayas. We are with Ian and Mattie as they find their way out of their pain. Shors writes: 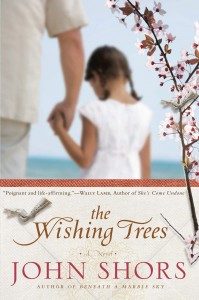 He glanced at the sky, debating if the words Kate had written might be true, if she could see Mattie and him as they sat in a tree above the city. If there was a time when she could see them, this time was it. If there was a single moment when he wanted to sense her presence, that moment was now.”

Most of Shors’ characters are seeking something— love, peace of mind, a roof over their heads — that are basic human needs. Many of the books begin with unimaginable tragedy, and humans’ potential for resilience and recovery is one of his constant themes.

“Life can be horrific and difficult and tedious, but I also think that we’re pretty strong and we can emerge from those depths,” Shors said.

He credits CC with fine-tuning him as an 18-year-old into the man he is today.

“I think CC does a wonderful job with teaching students how to think independently and outside of the box. That definitely benefited as a person, being open-minded. And in terms of my career, I believe it helped build up my creativity, that side of me, while also giving me a strong foundation in academic skills: writing, reading, research. I think my education at CC positioned me to be a well-rounded person, which was beneficial to my writing career.”

It also fostered his compassionate side: The success of his first book spurred Shors to help alleviate the need he’s seen on travels through 40 countries, often accompanied by his wife, Allison, and their children, Sophie and Jack. 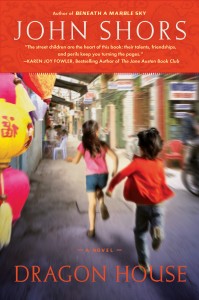 Shors finds charities that pair well with his storylines, then promotes them in his books and on his website, and donates to them outright. His third book, “Dragon House,” focuses on Vietnam’s street children and benefits the Hanoi-based Blue

“I have never read a more accurate depiction of the life of street kids,” BDCF founder Michael Brosowski emailed from Vietnam. “He gets all of the details right. There’s a whole lot throughout the storyline that kept me wondering – ‘how on earth does John know all this?’ He’s incredibly insightful.”

A passage from “Dragon House”:

“Noah knew that the little girl would never have a voice, would never be heard. He knew that she wouldn’t dream about birthday presents, warm beaches, or a beautiful wedding. She’d never know such things, never escape the cycle that she was born into. She’d only grow older, and whatever dreams she had would lose their luster. In time her dreams would evoke only bitterness, and within this bitterness she’d walk until she could walk no more.”

As of January 2014, Shors, “Dragon House,” and its readers have enriched the nonprofit by about $25,000, said Brosowski, who founded BDCF in 2003. He’s increased his staff to 65 people (from 44 in 2011) to help more of the countless homeless children in Vietnam. Blue Dragon’s new center in Hanoi was dubbed “Dragon House” in honor of Shors’ book.

With “Temple of a Thousand Faces,” Shors is changing lives in Cambodia through a charity removing landmines and another supporting a children’s hospital.

He maintains close contact with the charities and with readers, and spends nearly every evening answering readers’ e-mails. He estimates he’s spoken with about 3,000 book clubs around the world, mostly via speakerphone from his home in Lafayette, Colo.

Many readers want to literally walk the paths Shors’ characters have taken, and he’s listened to those pleas.

“Maybe they’ve never been to Asia and they’re a little intimidated,” he said. “So I just thought, ‘Well, I can go and be a guide. I’ll build this company and I’ll have a couple of trips a year.’”

Readers who are interested in traveling with Shors may contact him through his website, johnshors.com. He’ll be happy to lead people on their way to broader horizons.

“One thing I’ve concluded is that people around the world are a lot more alike than they are different. I believe that the tendency to focus on our differences can be perpetuated by our politicians and by people who are fearful. We have the same sort of strengths and hopes and fears and dreams, and let’s focus on the beautiful and profound fact that we’re similar.”

Thanks to Shors’ talent, readers can look inside the hearts and minds of a family struggling for survival in Thailand, a veteran who nearly lost himself in Iraq, even a 17th-century princess — and know that we are all, in our core, just humans pursuing our dreams.