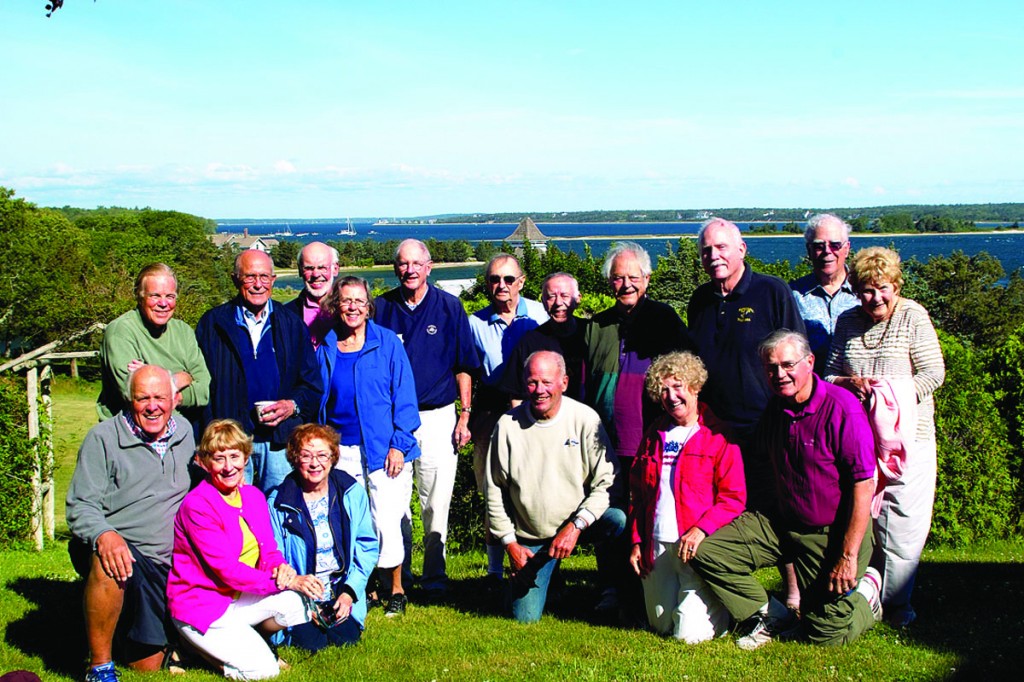 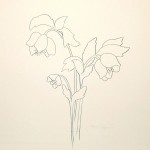 Janet Fry Rogers, an artist represented by Susan Calloway Fine Arts in Washington, D.C., recently was featured in a Washington Post story about gardening and the visual arts. 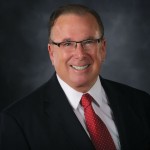 Michael Allen Kelly has been elected president of the Florida Medical Association Alliance for 2015-16. He is the first male to serve in this role. Recently retired from IBM, Michael is married to Rebecca Lynn Johnson, M.D., chief executive officer of the American Board of Pathology. They live in Tampa. 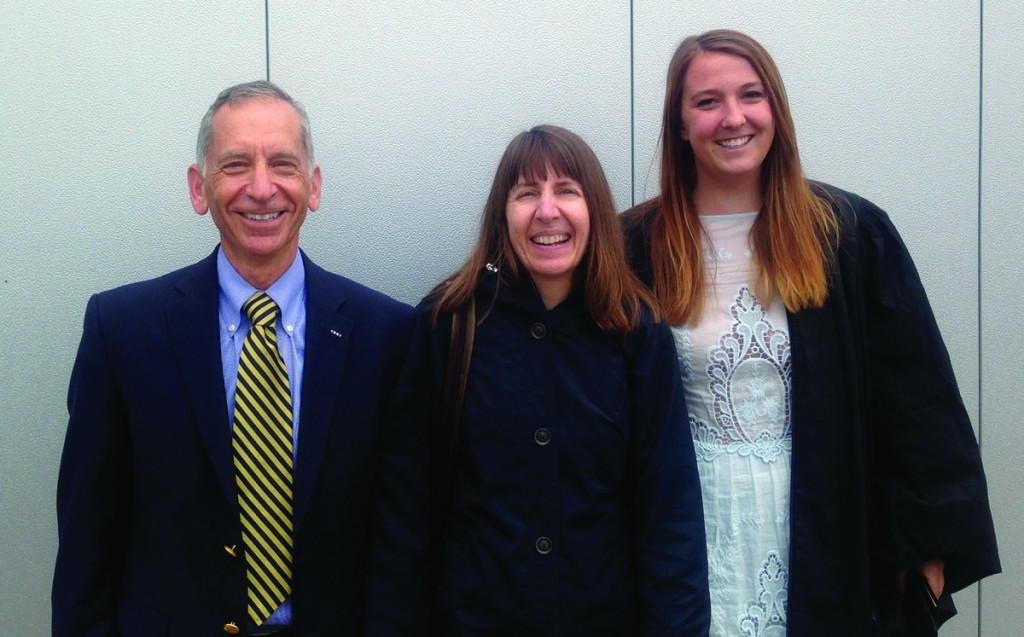 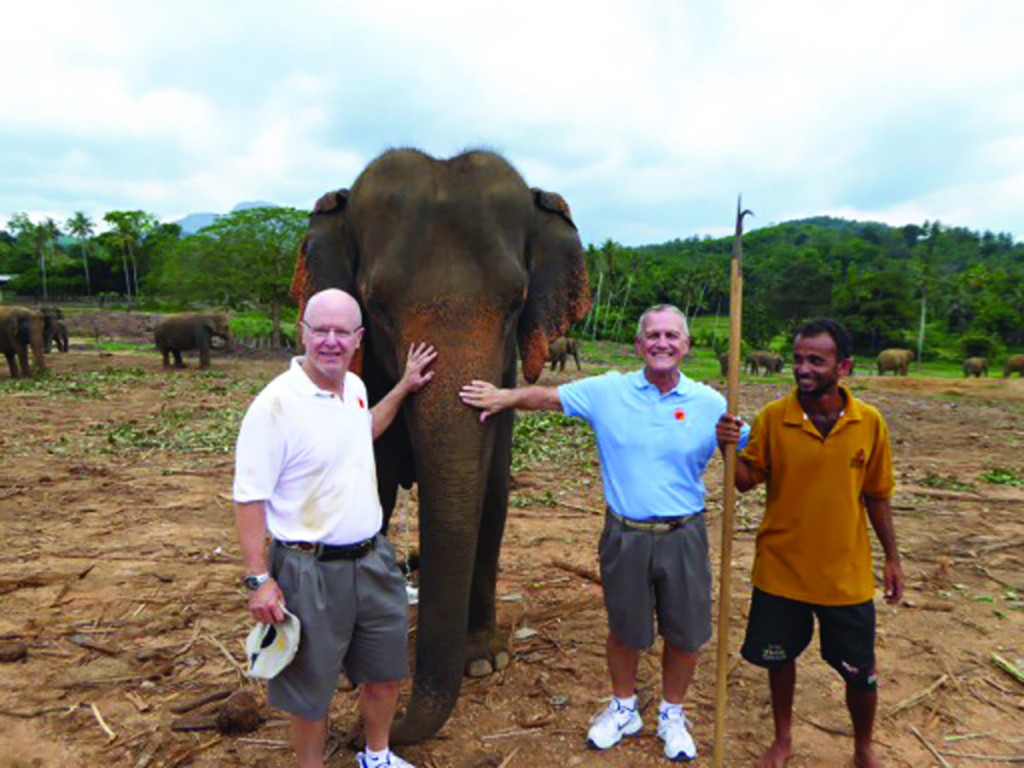 Earlier this year, Bill Oman, left, and his husband Larry Crummer, center, completed a four-month cruise around the world. Among the highlights were visits to 26 countries, seeing the Taj Mahal at both sunset and sunrise, and taking a six-day side trip to Myanmar’s pagan and Shwedagon temples. 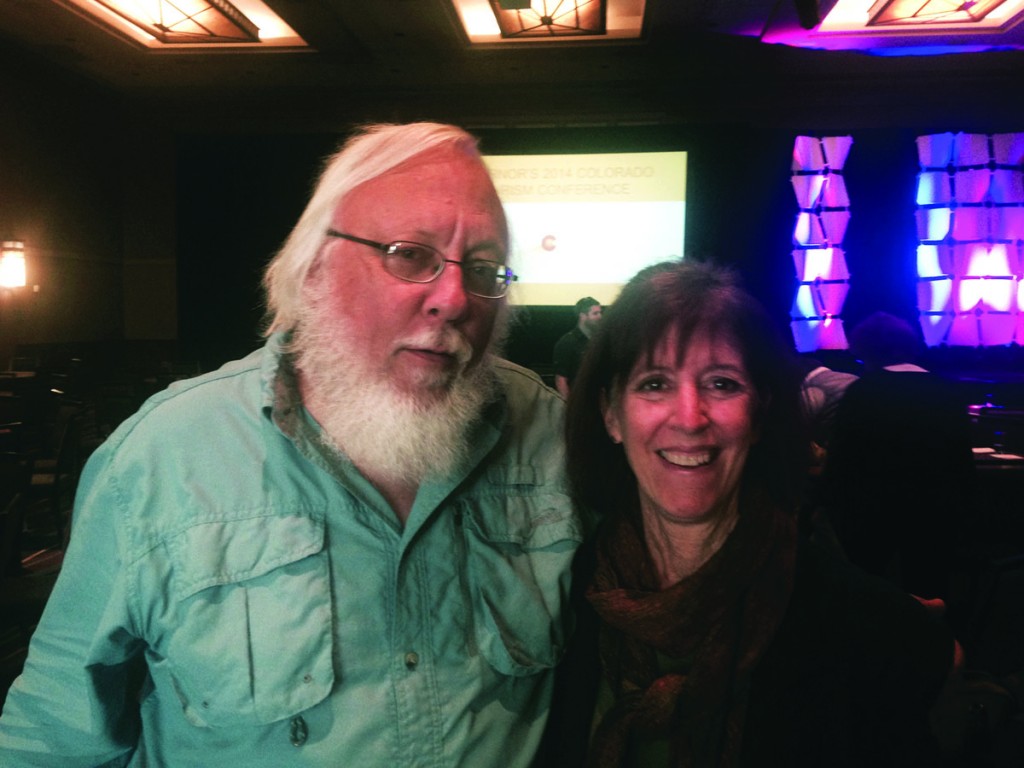 A Colorado College scholarship has been established in memory of Peter Oatman, who died Aug. 30 (see p. 48 for his obituary). Said Bob Moog ’78, “Peter was a great classmate to all of us in the classes of ’78/’79 and was a great friend to many of us. Peter lived in Boulder with his wife Dottie Hiersteiner ’78 and their two daughters. The story is a very CC story as Pete and Dottie met freshman year in Slocum. Thirty years earlier Pete’s parents also met and fell in love while at CC.” In honor of Dottie and in memory of Peter, the Peter A. Oatman-1978 Scholarship will benefit students with demonstrated financial need. To contribute to the scholarship, visit www.coloradocollege.edu/give and complete the online giving form, selecting “Other” and noting the “Peter A. Oatman-1978 Scholarship” in the gift direction field. You may also call (800) 782-6306 to make your gift. 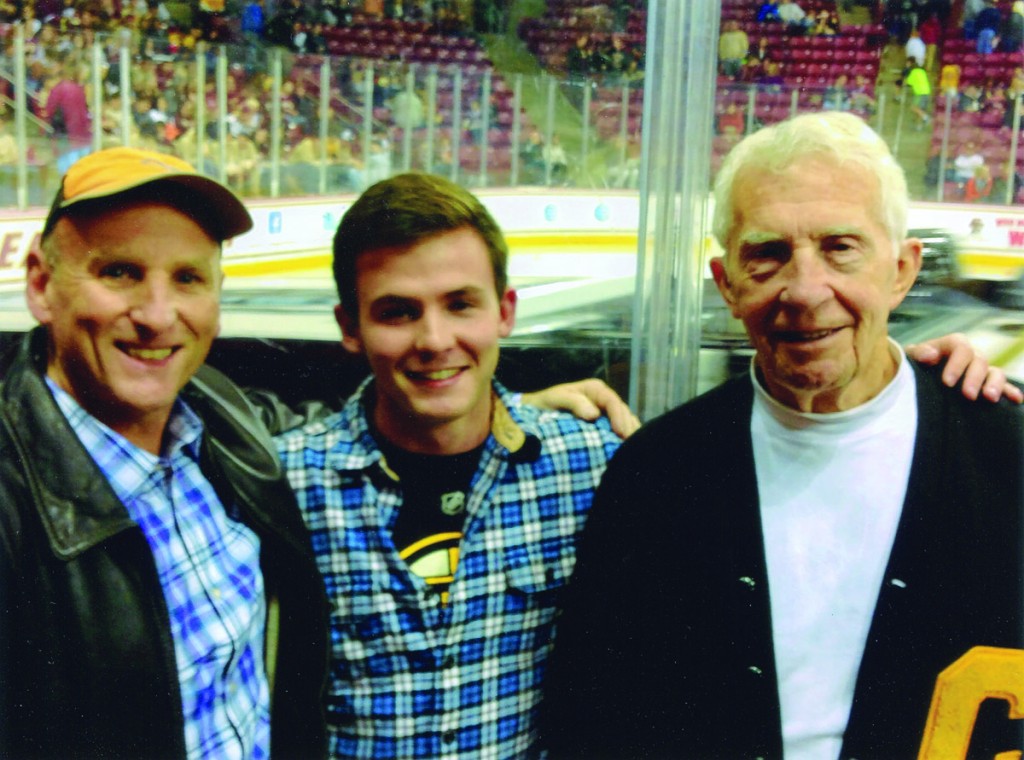 Amy Yonashiro, an educator at ’Iolani School in Honolulu, has earned the Presidential Award for Excellence in Mathematics and Science Teaching. The award constitutes the country’s highest recognition for a K-12 teacher  of mathematics or science. 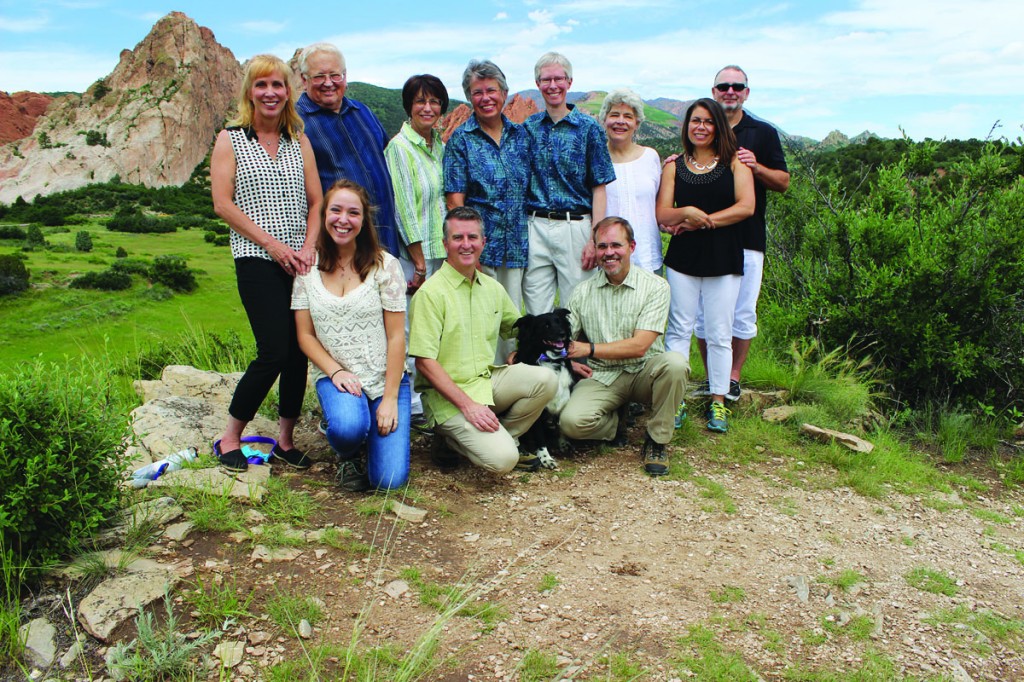 Kathy French and Judy De Groot, pictured here with the wedding party, were married July 10 at Colorado Springs’ Garden of the Gods. The couple had been together for 18 years before the U.S. Supreme Court decision bringing marriage equality to all states. 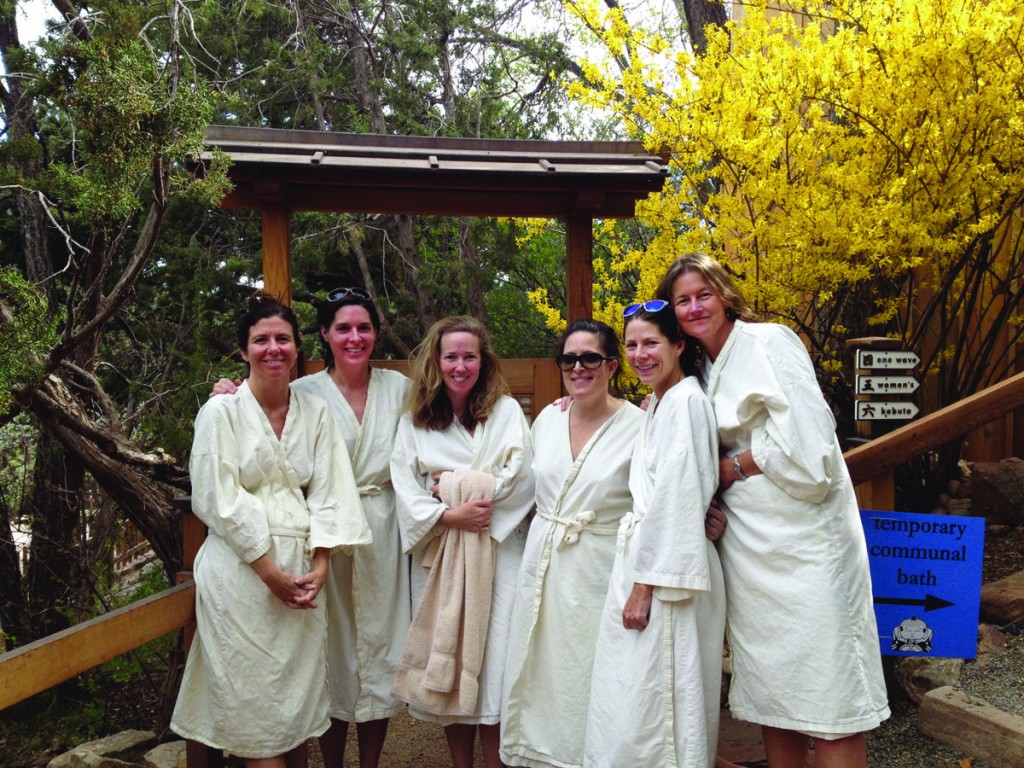 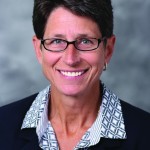 Shannon Kos, a lawyer and shareholder with Collins Einhorn Farrell PC, has been named a winner of the 2015 Michigan Lawyers Weekly’s Women in the Law Award. Selection criteria includes commitment to excellence in the practice of law; inspiring and accomplished leadership in the profession; mentoring; and significant contributions of time and effort to volunteer and pro bono activities. 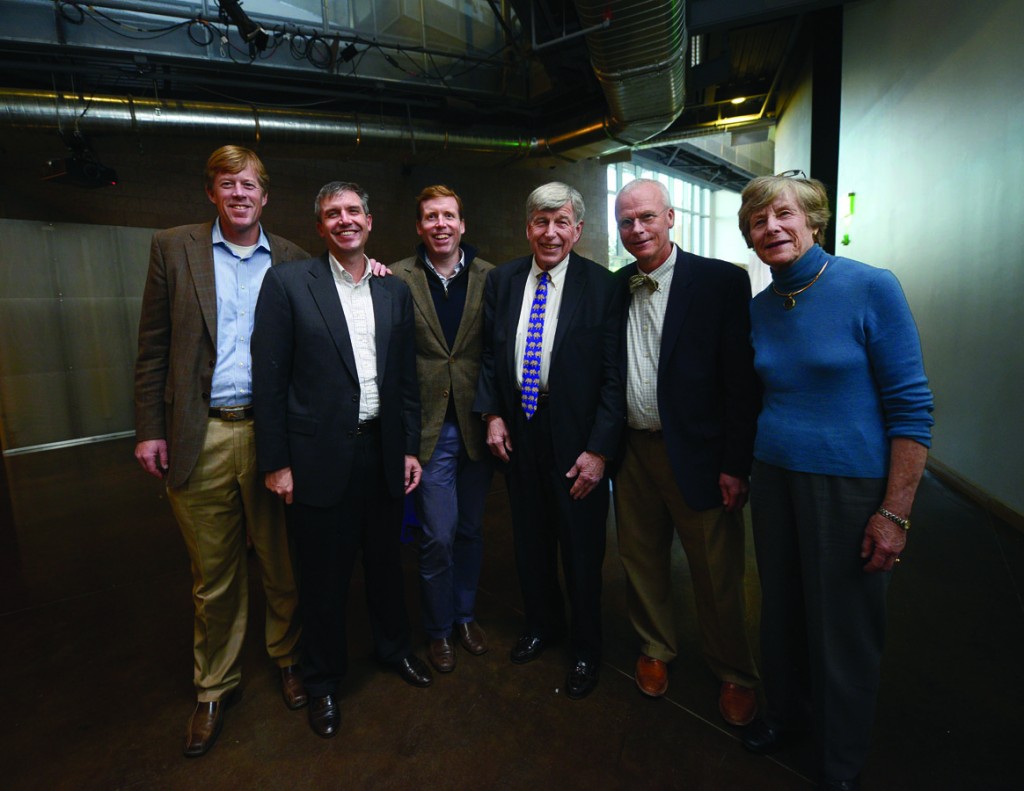 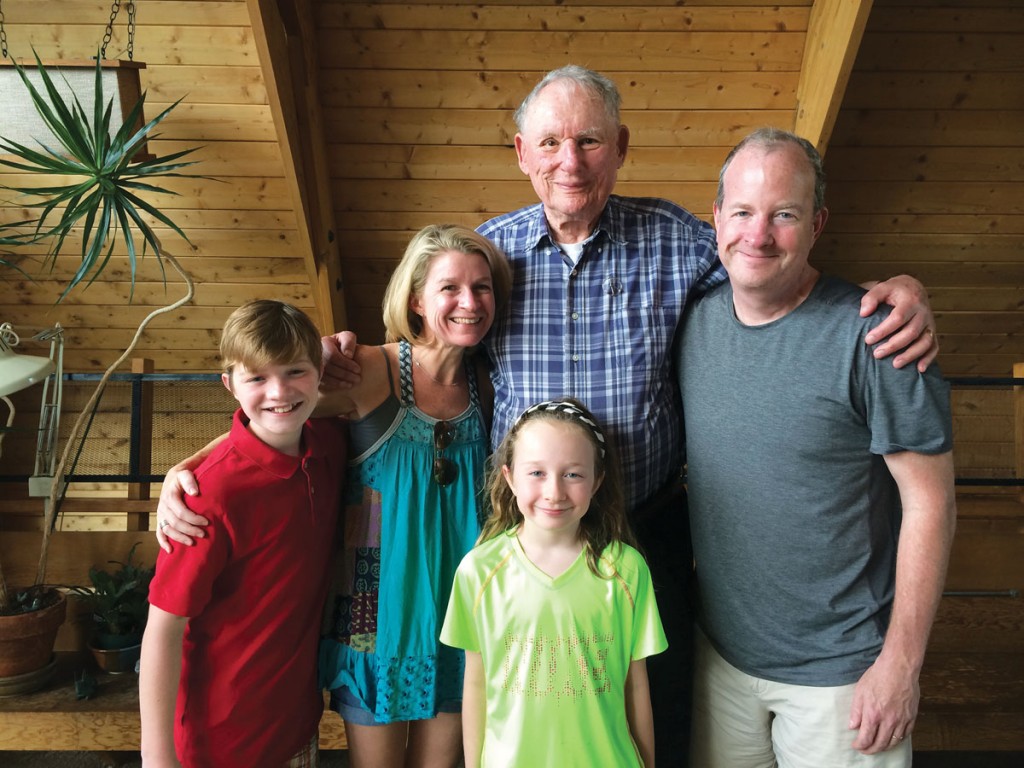 Nancy Peterson, vice president/deputy general counsel for AlliedBarton Security Services, in August joined the board of the Forum of Executive Women, a 450-member group representing diverse businesses in the greater Philadelphia region. Nancy says the bigger news that month, however, was that she, her husband Michael Gross ’91, and their children Sarah and Elliott got to visit with Bill Hochman, center, CC professor emeritus of history, at his home. 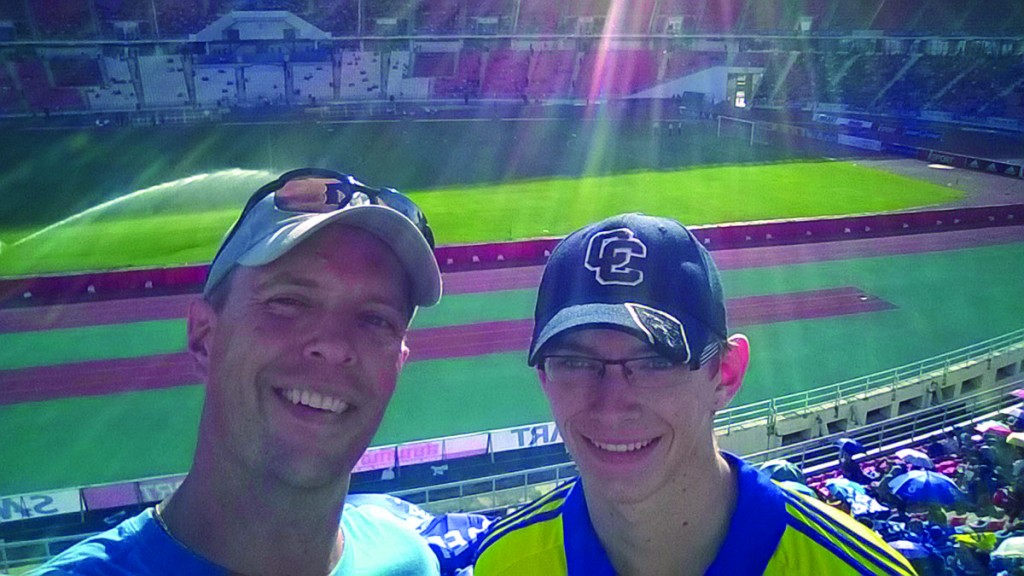 Jesse Worley MAT ’96 reported taking his son (and a CC ballcap) to a recent soccer match between Chelsea Football Club and the Thai All-Stars in his current home city of Bangkok. 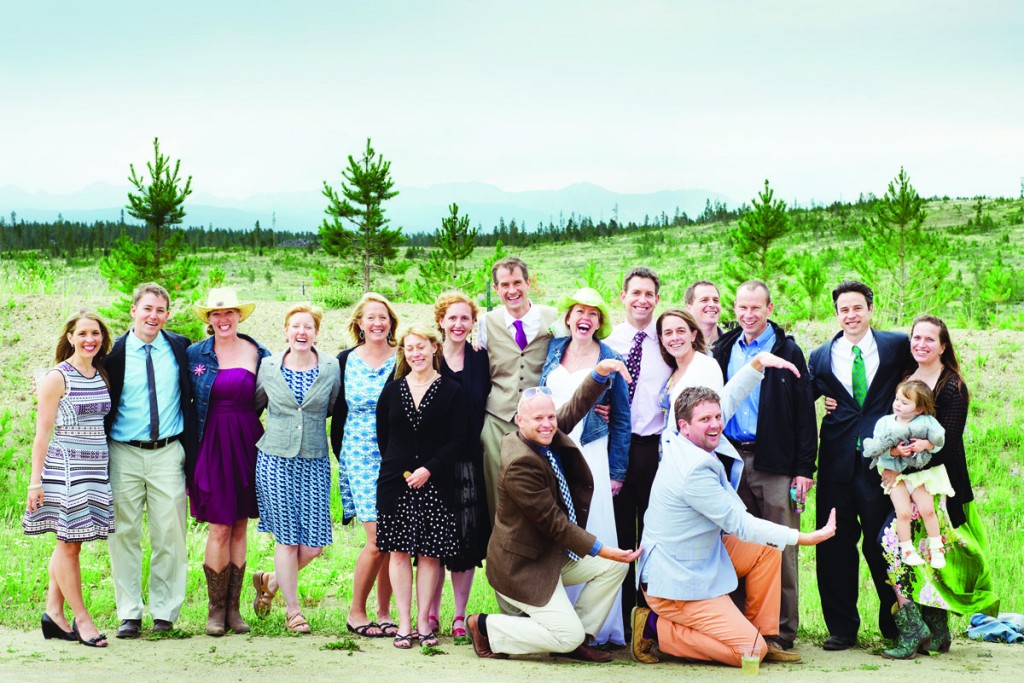 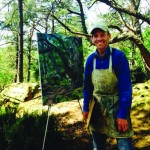 Reid Masselink was recently the artist-in-residence at Porcupine Mountains Wilderness State Park in Michigan’s Upper Peninsula. He lives in Bourron-Marlotte, France. His paintings and drawings can be seen at reidmasselink.com. 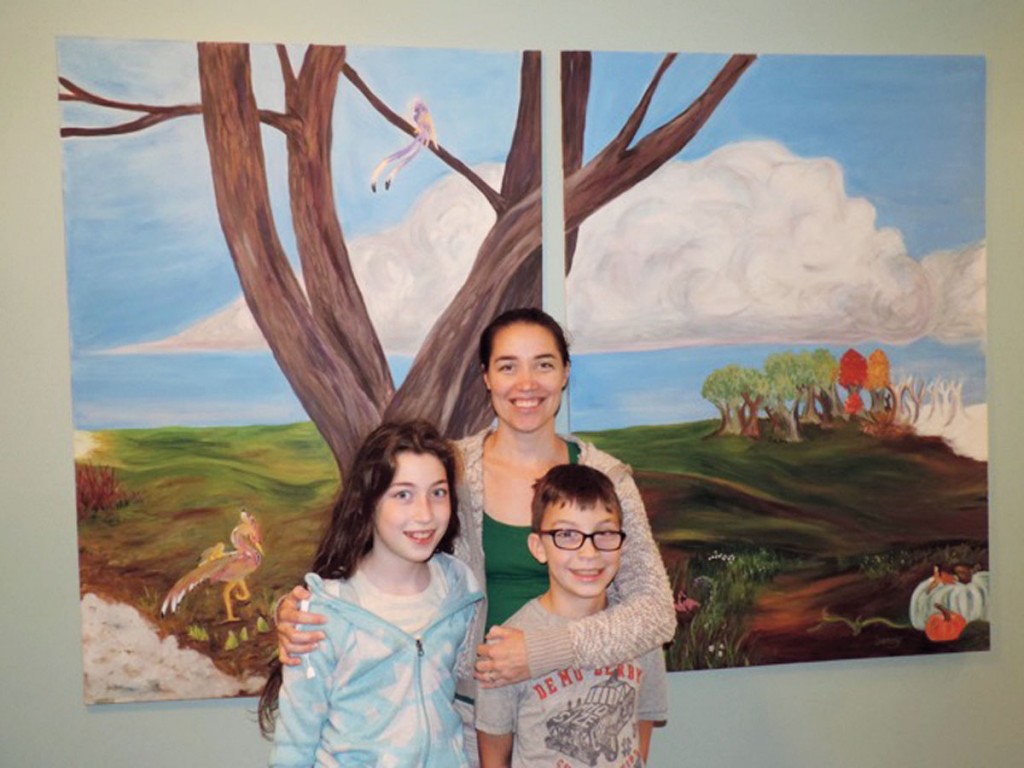 Working with her daughter Miriam and son Jacob, Jenny Shamess created a painting titled “Nature Nurture” that earlier this fall was accepted into ArtPrize, an art show in Grand Rapids, Michigan. 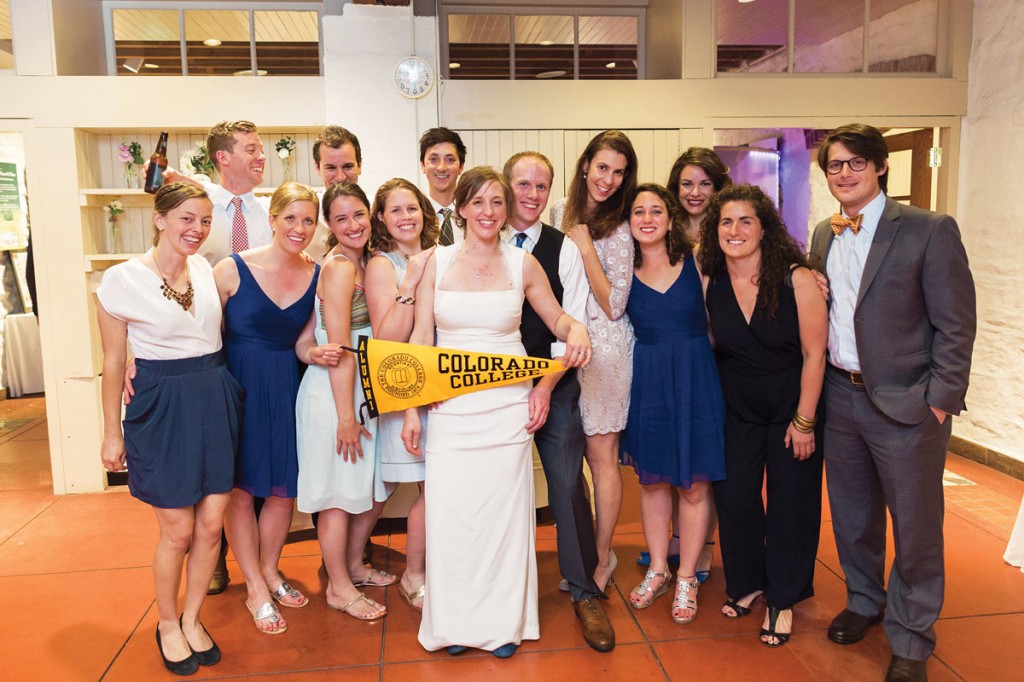 Katherine Standefer won the 2015 Iowa Review Award in Nonfiction for her essay, “In Praise of Contempt.” Katherine writes about the body, consent, and medical technology and teaches in the Medical Humanities Department at the University of Arizona, where she earned an MFA in creative nonfiction last year. She is working on a book project that traces the global supply chain of her own internal cardiac defibrillator. 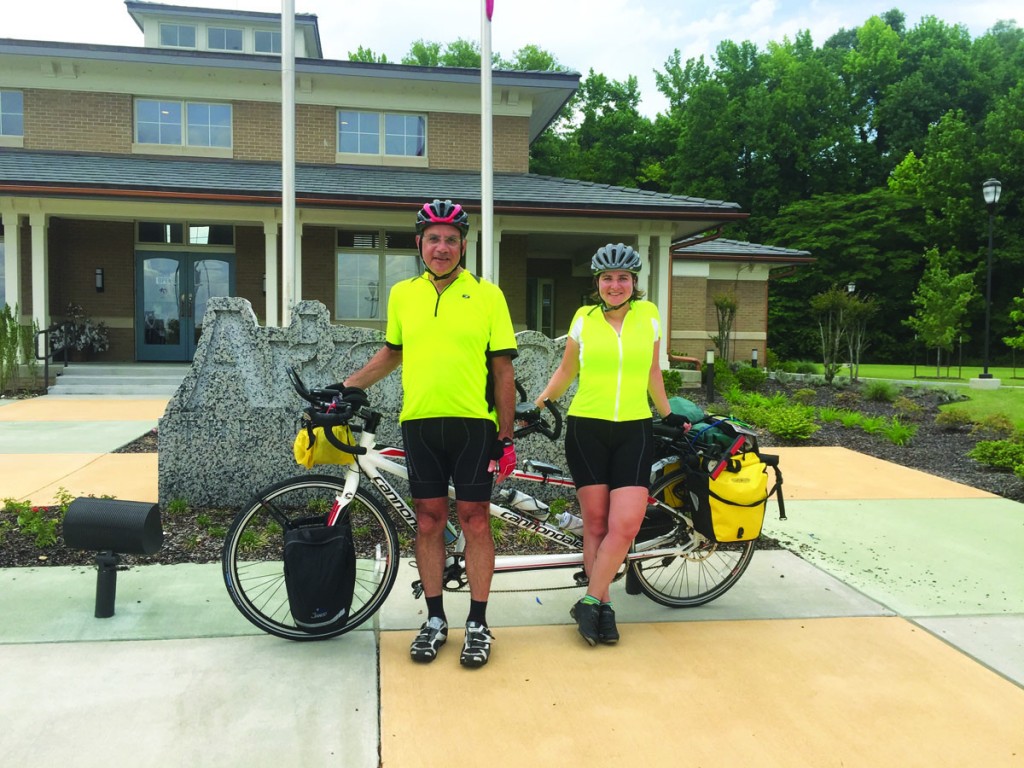 Jessica Gingold completed a 1,350-mile tandem bicycle ride in May with her father, a civil-rights attorney, from Cincinnati to New Orleans by way of Ferguson, Missouri. The ride, Pedaling Justice, raised nearly $30,000 for two criminal justice reform organizations: Ohio Justice & Policy Center and the Children’s Law Center. Jessica, who has a master’s in education from Harvard University, is in her third year of law school at the University of Michigan, where she has focused on education and juvenile justice advocacy. 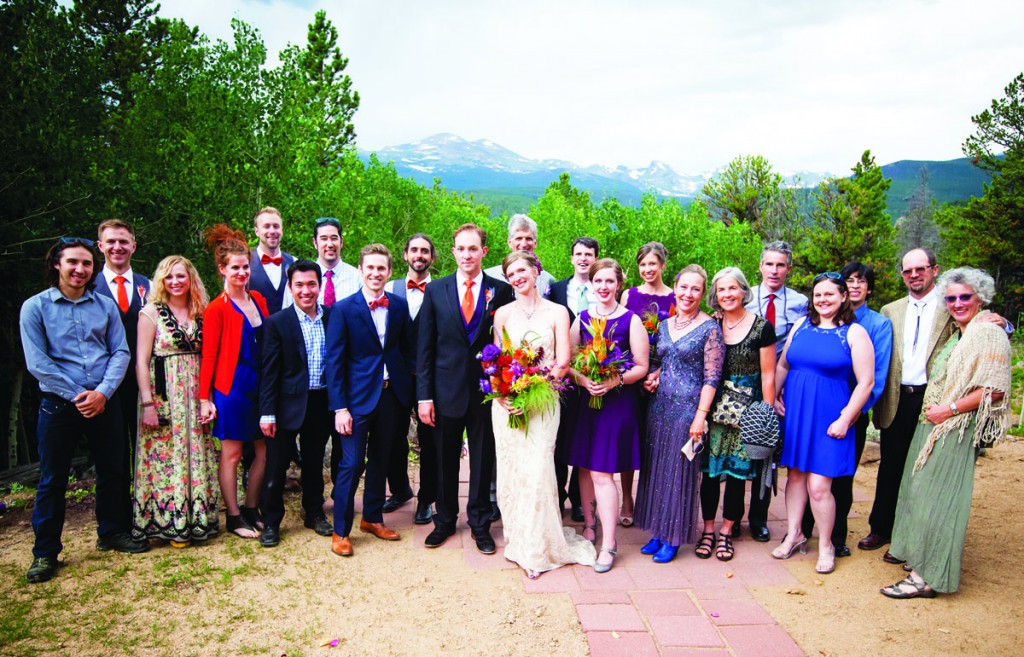 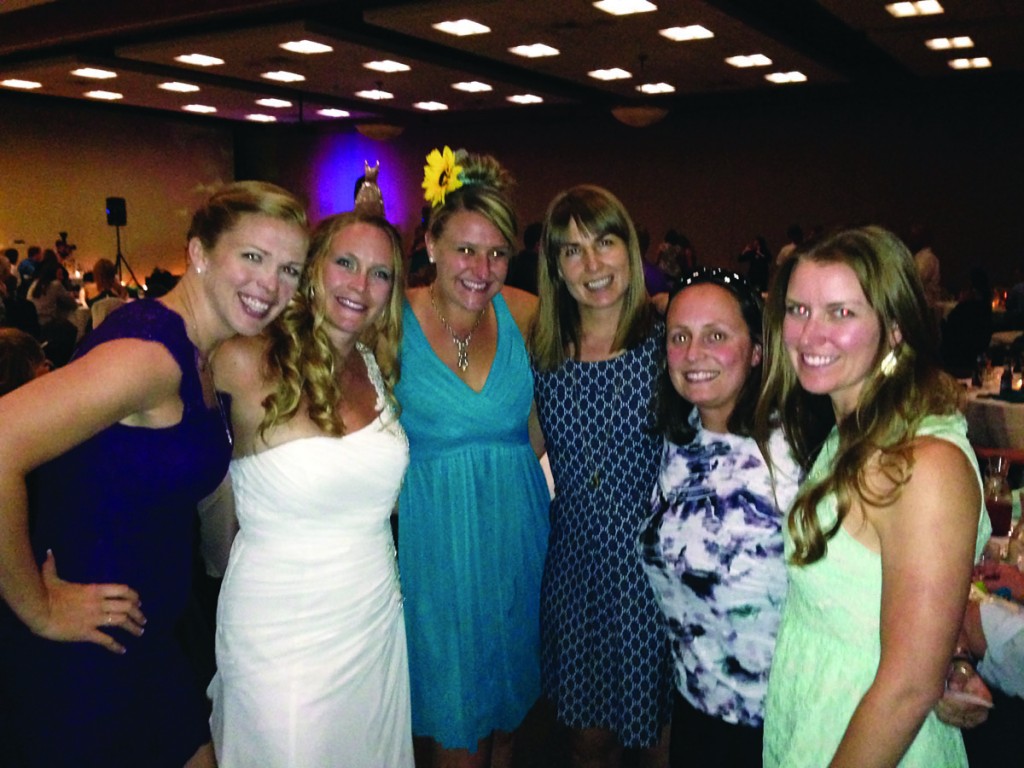 Everett Moding has earned an M.D. and a Ph.D. from Duke University, and will complete residency training in radiation oncology at Stanford University. He plans to pursue a career in both cancer research and clinical medicine. Meanwhile, his sister, Kameron Moding ’10, expects to earn a Ph.D. in human development and family studies at Penn State University in 2016.

Sam Brasch has earned Colorado Public Radio’s first-ever news fellowship, where he will assist staff journalists and contribute his own reporting over  the course of one year.

In collaboration with CC’s Public Interest Fellowship Program, Colorado Public Radio selected Andrew Randall as its first-ever music fellow. Randall will work with “CPR Classical” and “OpenAir,” among other responsibilities, in the year-long fellowship.