Come walk with us down memory lane, and catch a glimpse of what it was like to be on campus 50 years ago. The memories of the Class of 1970’s 50th Reunion Committee members might surprise you as they answer 10 questions that bring to light the things that have changed, and those that remain the same.

Content contributed by the Class of 1970, 50th Reunion Committee: 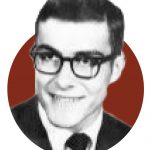 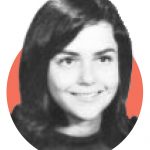 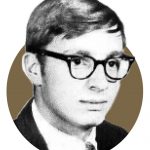 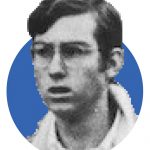 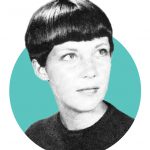 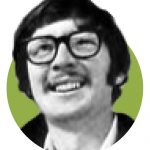 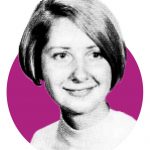 Who was a beloved/favorite professor and why?

Three professors had an impact on me: Fred Sondermann, Tim Fuller, and T.K. Barton. They all shared erudition, passion, and an insistence on well-supported argument. —KS

Louis Geiger, who I recall as the stereotyped aging but passionate historian, taught a Classics course I took my final semester; he urged me to consider graduate school. Without that encouragement, I’m really not sure what path I’d have taken. That nudge put me on the path that led to a very satisfying life in art history. —KRP

Albert Seay taught my first class in music history, during the fall of my freshman year. After the first exam, he announced to me that I would be going to graduate school in music. He would often ask me to go for coffee after class and sometimes played duets with me to discuss obscure composers. I was very prepared for graduate school due to his extraordinary personal attention. He was a wonderful mentor. —PBH

When I chose psychology as my major, I asked Doug Freed to be my adviser. He warned me that, as a clinician, he didn’t represent the focus of the Psychology Department. But as an adviser, he was great. Don Shearn gave some good parties, and also got me through Physiological Psychology. Operating on those frogs and rats — what an experience! Are they still allowed to do that?! —CVRS

T.K. Barton, for his larger-than-life (literally) personality. Don Shearn, who got me excited about psychology. Fred Sondermann: Watching him type 60 wpm with two fingers was amazing. Alvin Boderman: Although I got a D in the one class I took from him, I admired him for what he did to shepherd the 1969 Symposium on Violence. David Finley. Glenn Brooks. Doug Freed, for being a regular guy. Professor MacMillan in the Theatre Department: Although I never took a course with him, he allowed me to act in so many plays. —LP

What world events marked history during your time at CC?

Of course, the Vietnam War was a big issue all through our time at CC. But the event I remember the most was the moon landing. I watched it on a TV in Rastall Center. —CVRS

The events I remember that got us stirred up: Kent State riots, the Vietnam War, the military draft. Hearing the numbers drawn in the lottery by our male classmates burst the “bubble” of our idyllic college existence. —KRP

The Vietnam War, of course. And when Lyndon B. Johnson decided not to run in 1968. —LP

Are you kidding? Nothing happened but Woodstock. —RK

What was your favorite class?

Mark Lansberg’s class in his Black Forest printing studio, learning to set type and make beautiful pages. I can still use the words paleography and incunabula in a sentence. And identify merovingian minuscule. —KRP

Political philosophy, Freedom and Authority, and any history class. —KS

Introduction to Psychology. It introduced me to a whole new smorgasbord of thought. —LP

I enjoyed a lot of classes, not necessarily in my major. I think Professor Trissel’s Introduction to Art History was a big winner, even though I only got a C … But eventually I did travel all over the world and made a point of viewing many of those pictures and structures in person. Our docent at the Uffizi thought that maybe I had been an art history major. So I guess that made up for the C. —CVRS

Why did you choose to come to CC?

I believe in those days, the male-female ratio was something like 60-40. Also, my high school guidance counselor thought I should go there. She convinced my parents not to send me to their alma mater, a small religious school in Kansas. I think I mentioned the Fine Arts Center in my application, though I didn’t spend much time there at all. And I didn’t marry a CC grad. In short, when I neared the end of high school, I had no idea what to look for in a college. I guess I lucked out. —CVRS

Dave Belina said it was a small liberal arts school in Colorado Springs. Without trying to be facetious, and as naïve as I was, to me it seemed like the thing to do at the time. —RK

I came to CC to study piano with Max Lanner. Only much later did I find out he had two doctorates: One in piano and one in violin. —PBH

CC was the college that was the furthest away from home that my parents would allow me to attend. I wanted to go to William & Mary, but my father thought that was too far away. Besides, the dorm I would have to stay in was five miles from campus. While I was accepted to five schools, my mother decided that CC was the best. Her pressure was subtle, but it worked! —LP

I got lucky! I was already enrolled elsewhere via early decision; then in late spring, pushed by my high school’s college counselor, I received a Boettcher Scholarship I couldn’t turn down, and to stay in Colorado, CC was the clear choice. —KRP

Two reasons: I was into skiing and three of the Malkerson boys (family friends growing up) went to CC and loved it. —JD

Most memorable moment while at CC?

The 1969 Symposium on Violence. Three things: The Dick Gregory speech, Dionysis in ’69, and finally President Worner’s speech to the college about a week later defending the symposium and stating, in essence, that CC would go its own way and not be subject to the pressures of the local community. I believe this was a major turning point in the history of the college. —LP

Well, sometimes the most memorable moments are the ones you really want to forget. I think maybe mealtime was my favorite event. I spent many hours talking with my friends in Taylor Dining Hall. Then when I moved off campus, we had an eating club and we cooked for each other. I treasured those times. —CVRS

Memories of discrete moments are few, but all powerful! I loved initiation as a Kappa, singing the Saint Anne Hymn in Shove, discovering the Art Department chairman’s willingness to let me major in art history (technically not available then). —KRP

I was chosen to play a piano concerto with the CC orchestra. Singing with the tour choir was also very special. —PBH

Unfortunately, my mother’s death in my junior year. —RK

What was your favorite on-campus hangout?

Making chocolate chip cookies at the Theta house with my girlfriends. —PBH

I developed a crush on someone who took a library break every evening at 9 p.m. for coffee at Rastall, so that’s the hangout I remember most vividly. Otherwise, I spent the most time in Tutt; I loved my study carrel. —KRP

I suppose my favorite hangout was The Hub in Rastall Center. I used to order a Mac’s Special from the grill. I also spent a good deal of time at the library. About three weeks into the semester my friends and I would panic and start heading to the library every night. It only took a couple weeks of dedicated work to catch up, and then we could panic again at the end of the semester. —CVRS 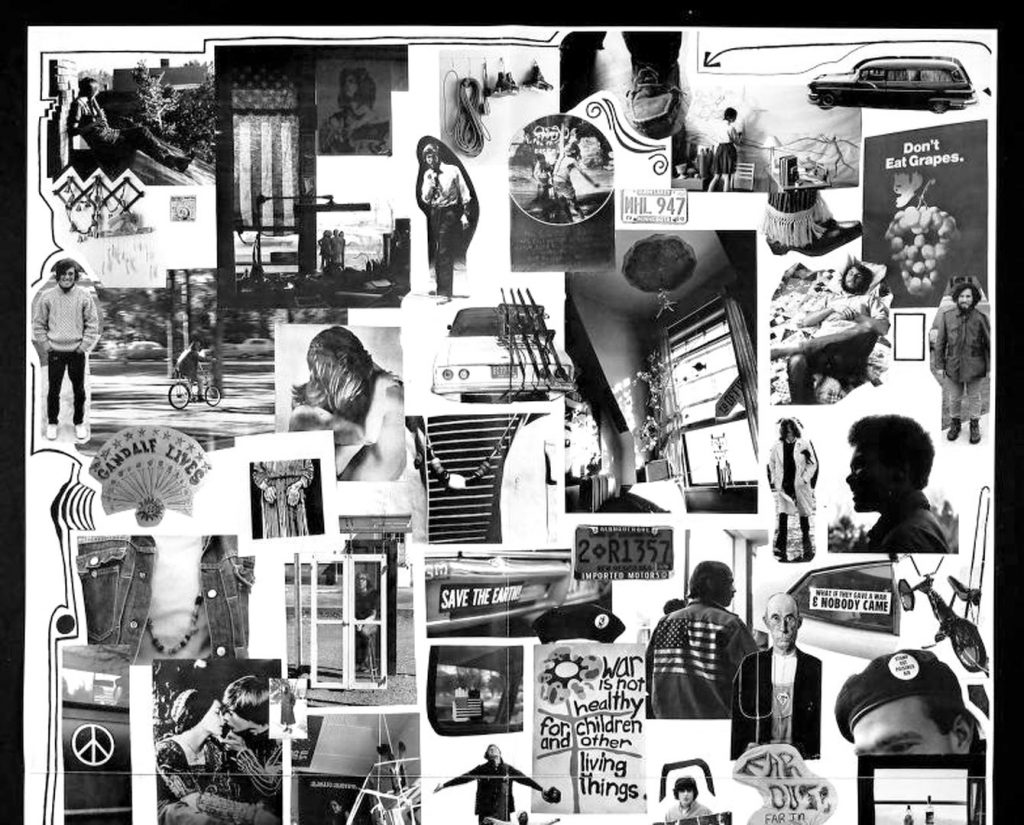 What was your favorite Colorado Springs location/attraction?

Giuseppe’s was fun, especially freshman year. We could order a 3.2 beer and a pizza and put quarters into the juke box. “Bye, bye, Miss American Pie” was really long, and gave you a good value for your money. —CVRS

Garden of the Gods, the back road to Cripple Creek, the road west through and beyond Manitou Springs, Giuseppe’s, and the Kachina Lounge. —KS

Wickerbill shopping and ice cream parties at Michelle’s on Tejon, beer busts on Gold Camp Road. I love Shove Chapel, thanks to choir, and I appreciated the Fine Arts Center dearly because it facilitated studying for art history tests. It is a thrill to me that the FAC is now part of CC! —KRP

Giuseppe’s. Garden of the Gods. The Kachina Lounge. The Broadmoor World Arena for hockey games. —LP

Were you involved in Block Plan planning? What do you recall about that process?

No personal connection. But I had great admiration for Ray Werner and was startled that he was so reluctant to try this new idea, relieved to know that, five years later, he was a staunch proponent. —KRP

I was the person who interviewed music and German majors. People all talked about how several assignments would be due on the same day and the conflict would be stressful. —PBH

I was only involved superficially. I was more involved in all the social changes on campus — creating a men’s dorm on the west side of Cascade, co-ed housing, getting rid of hours for women, creating the CCA, the all-campus government that replaced the student government. These changes I believe were necessary before the college could fully progress to the Block Plan. —LP

What has not changed at all about CC?

The view to the West. —JD

Its attention to the beauty of its campus and lovely urban location; and its confidence that it is one of the nation’s best colleges! —KRP

The passion and drive of the students. The view to the West. —KS

The curtains I made for 330 East Yampa were still hanging for the 35th reunion but alas no longer in the window for the 40th. —RK

Not in polite company. —LP

I spent a lot of time in the practice rooms on the top floor of Armstrong Hall. Henry Margolinski was my piano teacher. Private lessons were not even included in the price of tuition, but my parents scraped up the extra cash. I have spent the last 31 years playing the historic pipe organ for Grace Episcopal Church, Georgetown, Colorado. I have made many good friends through a mutual interest in music. Making music has been an important part of my life, and I know that my skills took a step up under Mr. Margolinski’s guidance. —CVRS

I appreciated the “lodge” version of the Greek system. I enjoyed being a member of a sorority but liked the fact that our living arrangements were not determined by Greek affiliations. [Also,] I thoroughly enjoyed the creativity of anonymous students who snuck out onto the quad at night to arrange the landscape irrigation pipes into wonderful sculptures. —KRP

Sophomore year in Tenney House was really fun. My roommate came in the fire escape window to our room when it was past curfew. —PBH

Sitting in Rastall Center watching the draft lottery and seeing my birthday drawn as #18, which resulted in a complete change in my post-college plans. —JD

One Response to Class of 1970 Remembers