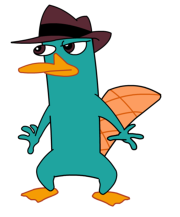 Perry the Platypus, the adorable secret agent of Phineas and Ferb, has had my heart for a while. So when I found out we’d be meeting with the voice behind Perry’s iconic growl, I was what some might call irrationally excited. Little did I know, Perry was just a drop in the ocean of Dee Bradley Baker’s voice acting career. 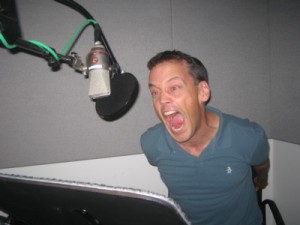 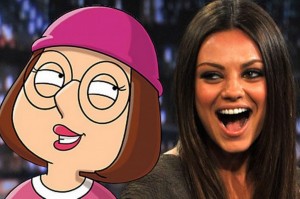 Not only was our lunch with Dee hilariously entertaining – watching the other tables’ reaction to his monster noises was a treat – it was also uplifting. Although it’s impossible to know these things for sure, it really seemed that Dee was doing exactly what he wanted to be doing. There seems something inspiring about voice acting itself; for me, it’s the idea that no matter what you look like, you can create something amazingly unique – with talent and hard work, of course.

After our meeting, I went on a bit of a rampage researching voice actors, and was delighted by all the paradoxes: Bart Simpson is a grown woman, Elmo is a muscular black man, and the chubby, awkward Meg Griffin is the sexiest woman alive (according to Esquire magazine; this is Mila Kunis for those of you who don’t follow Esquire’s prestigious awards). Without the overpowering influence of physical appearance, there seems to be much more room for creativity and a greater devotion to the craft itself. And, in Dee’s case at least, voice actors are afforded a sense of artistic agency they might not experience in other media.

Although voice acting is a male-dominated industry that is far from artistically “pure,” whatever that means, it offers a refreshing respite from the appearance-obsessed Hollywood we know so well. If you don’t believe me, then you need to see Dee holding his nose and making monster snorts.