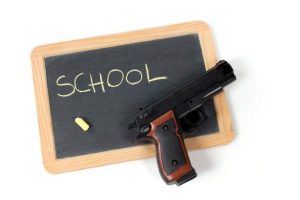 “School Shooting Generation”: that’s the title which massive news corporations have assigned to the students of Generation Z. If you were born some time after 1997, odds are that you’ve seen countless stories of kids being killed where they’re supposed to be educated, taken part in routine lockdown drills and noticed the similar-aged victim of a senseless crime thinking “What if that were me?”. However, up until the initiation of the “Our Lives Matter” movement in response to the 2017 Parkland shooting, it seems the voices of such students had seldom been heard, apart from footage of them crying outside their schools, filtered through our television screens. PBS Rocky Mountain has been looking to reframe that narrative.

With the 20th anniversary of the Columbine shooting just around the corner, the company has enlisted the help of CC students (all too young to have seen anything more than the aftermath of the 1999 shooting) through the form of a class: Engaged Journalism. With the aid of the CCE, a course was born, teaching its passionate pupils about both traditional and engaged forms of journalism, allowing them to get involved with members of their community, giving them the opportunity to hear from all different perspectives on the issue and creating many different platforms for the matter, born from their own ideas. I took this class, and felt both compelled and inspired by all the different stories I had heard from my fellow classmates and the people which they chose to connect with. 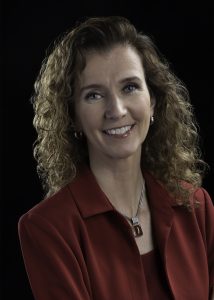 “Engaged Journalism: Guns in Schools” took place during block five, taught by the CCE’s very own Jordan Radke and Anthony Siracusa. Employing many different texts on both the tactics of journalism and the contemporary history of mass shootings, students got the chance to delve into not one, but two different major topics in the course of three and a half weeks. Our assignments included daily readings and blog posts facilitating discussion, interviews with friends, family, & community members, and group projects inspired by the concept of a social media campaign, which blossomed into our own individual ideas. In addition, our teaching expanded beyond our two main professors, by featuring visits and involvement from journalists Laura Frank of Rocky Mountain PBS, Madeline Faber of High Ground News in Memphis, Corey Hutchins of the Colorado Independent, and Alice Driver, who has written various freelance pieces for many major news corporations. Through the privilege of hearing this diverse group of professionals throughout the course, we as students were able to gain a wide variety of perspectives, experiences and wisdom in all facets of journalism.

Our journey closed with a “Community Conversation” event, hosted at the School District 11 Board Room. Community members, those personally involved with the course or student projects, and anyone else of interest was welcome to attend, view each group’s final projects and participate in an open, civil discussion on the topic and the work itself.

After all the different aspects of this course were finalized, I’m deeply appreciative for the opportunity to have taken part in such a powerful project with such an inspiring collection of people and to have heard personal stories from so many different audiences which opened my mind to new perspectives on such a controversial issue.