OLD SNOWMASS—Tucked away in the mountain foothills along Colorado’s Roaring Fork River, scientist Amory Lovins lives in an energy-efficient house with his wife, Judy, and a collection of stuffed orangutans.

He tugged at one of the orangutans’ toes, grinning playfully as he held court recently with a group of Colorado College student journalists.

The orangutans help out, he joked in the entryway, when the banana trees he grows in his south-facing “jungle” produce too much.

A jovial gnome-like energy guru with a bushy mustache, Lovins, 72, likens himself to an orangutan. He puffed out his cheeks and eyeballs in imitation of a great ape, chuckling as he began a tour of his home.

In 1982, Lovins founded Rocky Mountain Institute—a nonprofit think tank committed to revolutionizing energy use so that fossil fuels are no longer consumed. Dealing with climate change is urgent, Lovins has been saying for the past three decades.

His home, designed to be net-positive, has been a tool to spur change. It inspired the European Passivhaus movement and provided an archetype for thousands of zero-energy homes. 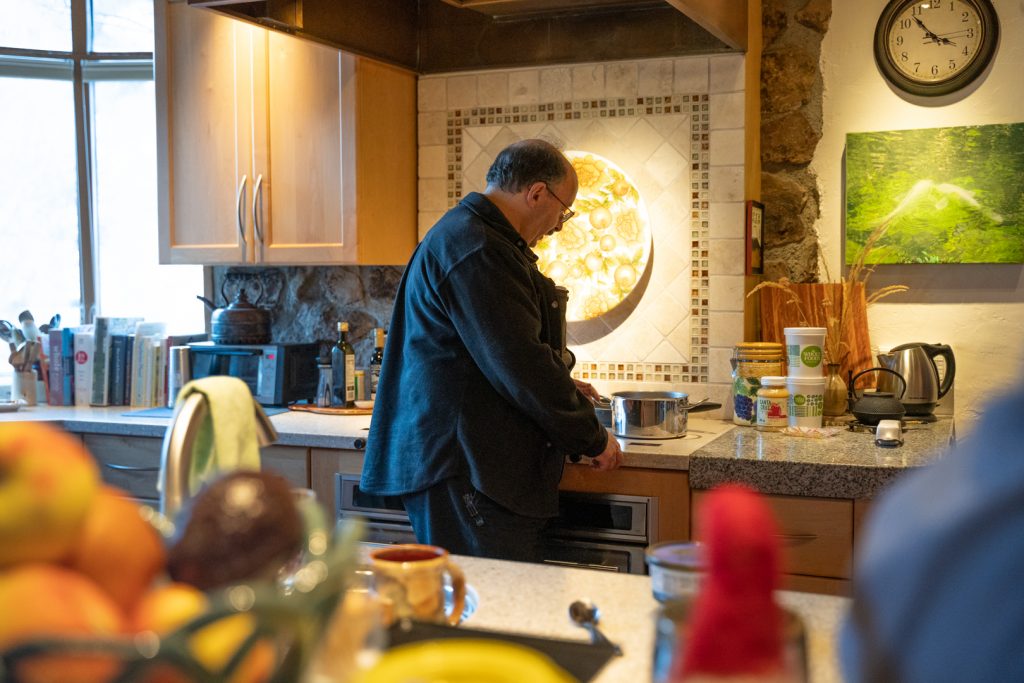 Lovins shows off his innovative cookware

Lovins led the students into the kitchen and stopped.

“Let’s do a science experiment,” he said, leaning over to pick up a saucepan. He filled it with water and placed it on the stove.

The super-flat bottom of the saucepan makes so much contact with his Swiss-made stove that boiling water became three times more efficient than in a normal household, Lovins said.

His home tours showing off energy-efficient technology are aimed at making these innovations commonplace.

Gazing out the window while the water boiled, he discussed the current conversation in the scientific community around rising temperatures.

A 2014 PricewaterhouseCoopers report projected a 4-degree Celsius global temperature increase by 2100, based on energy trends and carbon emissions.

NASA scientists recently found detrimental impacts with a 2-degree increase. These include substantial decreases in agricultural productivity and the destruction of coral reefs.

The numbers are widely debated., but scientists worldwide are raising concerns. 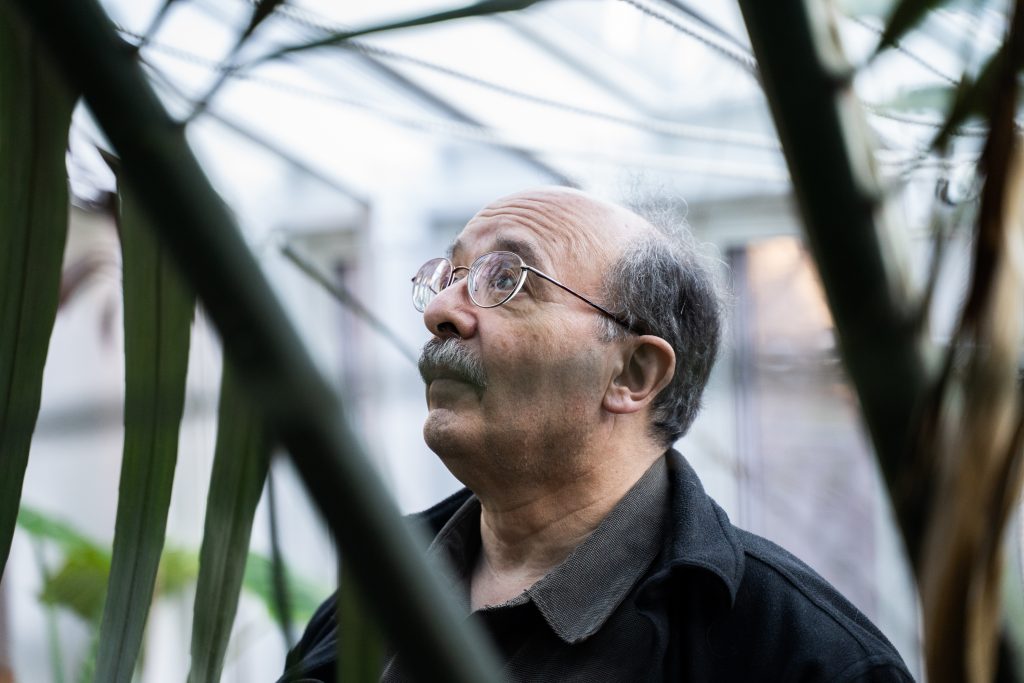 Lovins said he remains optimistic that climate warming can be contained at 1.5°C.

He has worked closely with the world’s leading experts on renewable energy and infrastructure over the past several decades. He has traveled all over the world to participate in technology think tanks, often working alongside the same scientists who say we’re already locked into at least 2 degrees of warming.

The key to containing climate warming will be changing government policies and energy systems worldwide, Lovins said. And the actions people take in their homes and communities will play a major role.

“We got into this because of millions of ill-advised decisions, and we’ll get out of it through millions of smart ones,” he said.

As Lovins leaned on his kitchen counter, he conveyed his belief that energy-efficient homes can be comfortable—and also change the world. 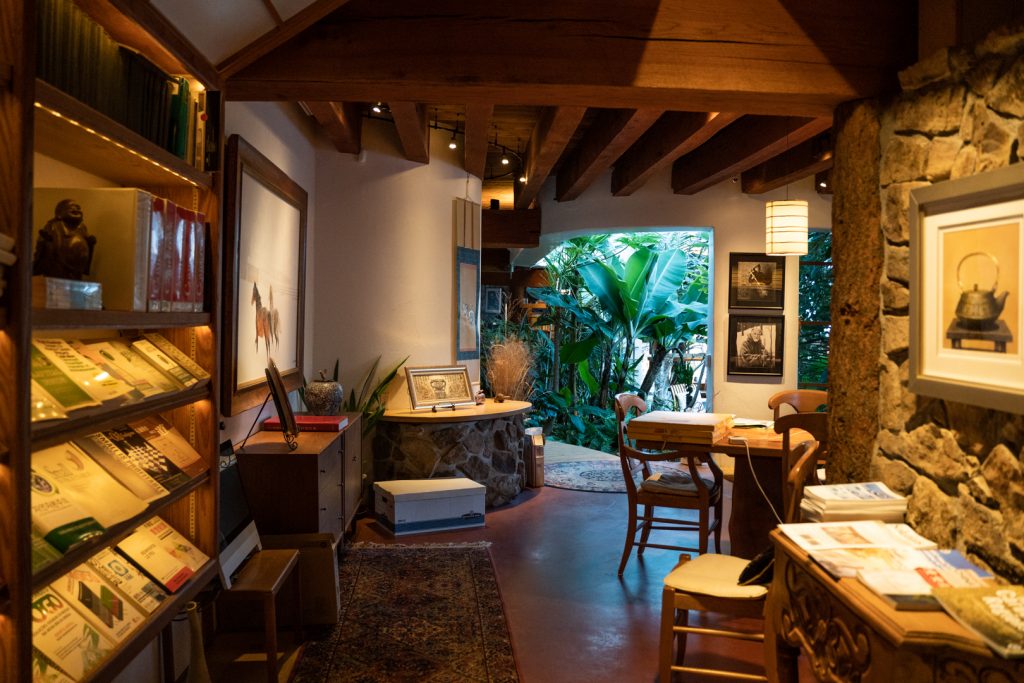 The Lovins’ home, from the entryway

The plant jungle growing in his living room, for example, functions as a furnace for the whole house as sunlight entering through south-facing windows heats up stone. The stones later radiate the stored heat, so that a furnace is never needed—not even during the winter months.

Over the years, Lovins has grown guava, coffee, and papaya trees, in addition to his bananas. He used to have two pet iguanas. They proved so adept at escaping into the raw sunlight they need outside the house that he gave up the experiment.

The sunlight captured by an array of solar panels on the roof and the light coming through his south-facing windows is stored as energy in the rocks and soil around the plants. Photosynthesis contributes more heat, and the plants remove carbon dioxide. The air in his home stays humid. A waterfall and ponds where koi fish swim bring serenity and absorb noise. Lovins said that a sound engineer designed the waterfall.

“If you bring nature into your living space, you’ll have happier and healthier people,” Lovins said. 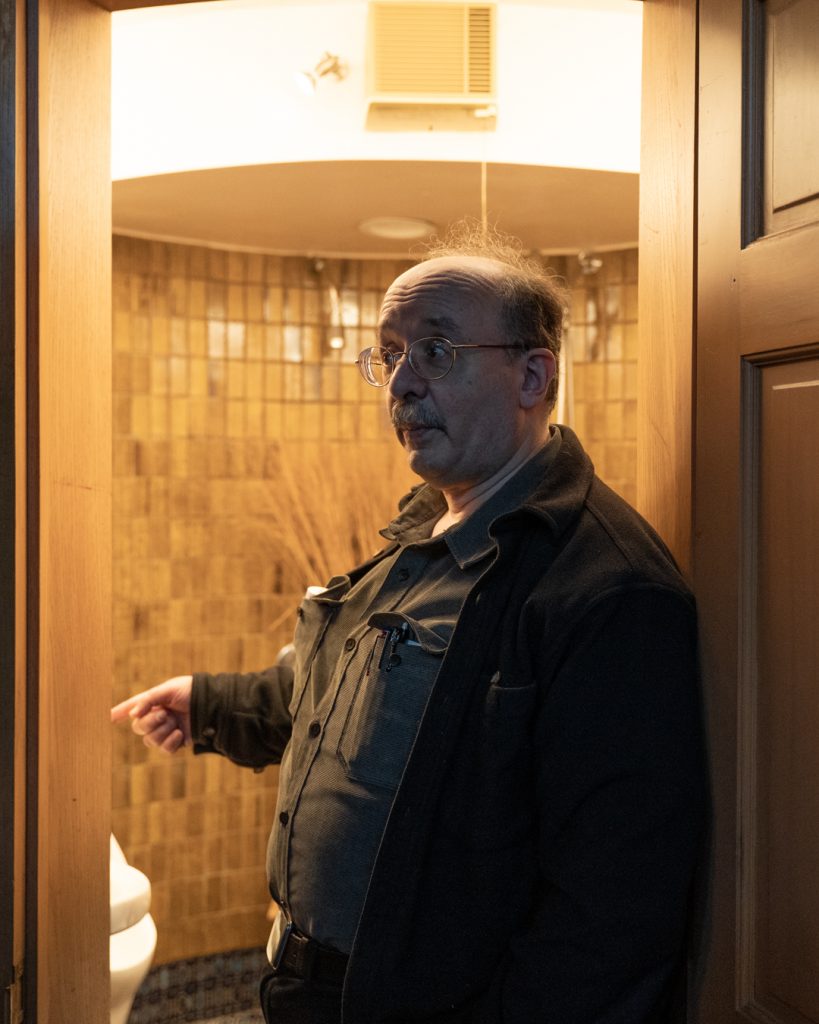 As students strolled through the jungle, he pointed out features including a water-efficient toilet. Greywater from hand-washing in the adjacent sink fills the toilet tank so that flushing does not require fresh water.

Lovins drives an electric BMW i3. He “had a hand in designing” this polycarbonate machine.

The lightweight structure requires less energy to move than old steel cars. The need for batteries is minimized.

From his home to his futuristic BMW, Lovins has embraced energy-efficient living. He also shows chief executives and government leaders around his home.

Rising global temperatures will likely hit high country residents hard. Lovins said that people living along coasts and in deserts may be hit even harder.

He tries to stay positive as he urges intentional change.

“I find it really hard to depress people into action,” Lovins said.

“To be truly radical is to make hope possible.”