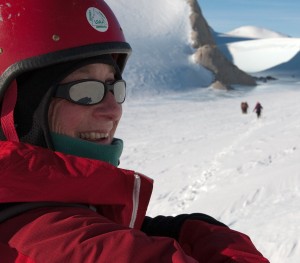 ICI-Hot investigates the time of formation of the West Antarctic ice sheet and interactions of the icesheet with the subglacial landscape and bedrock.  Approaches of low temperature thermochronology—specifically, helium- and fission track dating— will be used on zircon and apatite mineral extracted from specimens of granite that were obtained both from outcrops and from bands of “ice-rafted debris” in sediment cores from the marine shelf and deep sea bordering Marie Byrd Land and Thurston Island, Antarctica.

The Linchpin project investigates seafloor geologic records from times when icebergs dropped large volumes of sands and pebbles, called iceberg-rafted debris (IRD) in deep water of the Amundsen Sea. The research makes use of sediment cores obtained by 2019 ocean drilling in deep water, just offshore from the most vulnerable sector of the West Antarctic Ice Sheet (WAIS). Siddoway and CC students are using petrology, geochronology, and isotope data to compare the ice-transported rock clasts and sand grains to rock outcrops on land, to determine probable source areas. Sediment age and ocean characteristics are provided by micropaleontology studies conducted by collaborators from Northern Illinois University.  By analyzing conditions of high diatom and IRD accumulation in deep ocean sediment, where ‘local’ coastal influences can be avoided, we will assess oceanographic and climatic conditions associated with past ice sheet collapse events.  Diatoms provide powerful evidence of temperature and ocean productivity changes in the past, that, when linked to time, can translate into rates of ice sheet drawdown.

IODP379 obtained sediment cores from the deep ocean bordering the Amundsen Sea, Antarctica, in order to understand the dynamic history of the largely marine-based West Antarctic ice sheet, which is highly sensitive to climatic and oceanographic change. Onboard the Joides Resolution in 2019, Christine applied petrological expertise and on-land geological knowledge to the task of identification/classification of abundant rock fragments in numerous intervals of the cores — work that will continue for the foreseeable future! 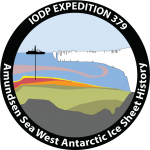 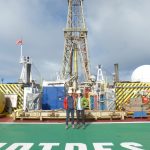 On JR’s heli-deck with rig behind 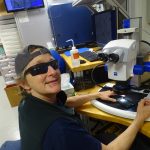 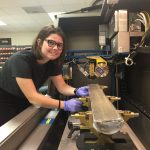 A recently concluded project is “Uncovering the Ross Ocean and Ice Shelf Environment and Tectonic setting Through Aerogeophysical Surveys and Modeling (ROSETTA-ICE).” ROSETTA-Ice explored the bedrock geology, oceanography, glaciology and geophysics of the Ross Ice Shelf. The Shelf acts as a buttress for the West Antarctic Ice Sheet, slowing or preventing Ice Sheet advance toward the Southern Ocean. ROSETTA-ICE researchers from Columbia University, Oregon State University, Scripps Institute of Oceanography, and Colorado College came together to characterize the dynamic ice-ocean system for the intact Ice Shelf, in order to assess the present and future consequences of warming ocean and atmosphere. Christine’s geological expertise aided the collective task of mapping the geology and geological faults of the seabed beneath the Ross Ice Shelf, including rock types, centers of volcanism and sources of geothermal heat. One of the publications from the 2015-19 project, that appeared in Nature Geoscience, reported the discovery of a tectonic boundary along the midline of the Ross Embayment, a part of the West Antarctic rift system. Christine examines  the nature of this boundary in a keynote presentation, Updated tectonic framework of West Antarctica and legacy of formation upon the complex convergent margin of Gondwana , presented for the SCAR2020 online conference.

Participation in U.S. Antarctic Program : Siddoway’s  work in Antarctica addresses the tectonic development of the active margin of East Gondwana, the geological evolution of Marie Byrd Land within the context of Mesozoic Gondwana, the development of the West Antarctic rift system, and the tectonic processes that led to breakup of the active margin of the Gondwana supercontinent in Cretaceous time. 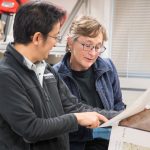 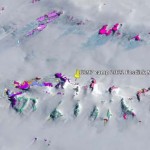 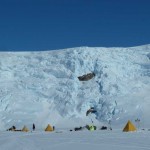 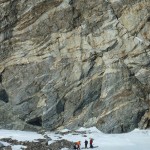