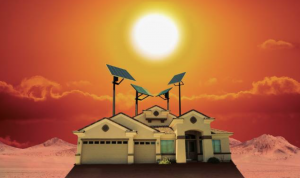 That’s just the latest story in a string of disasters, ominous warnings and strange happenings brought on by global climate change.

While we may be distant from polar vortexes and sea-level rise, Southern Nevada faces its own existential challenges because of climate change. The American Southwest is at risk of rising temperatures, drought, flooding and declining ecosystem integrity, according to the Trump administration’s fourth National Climate Assessment, which was released in November. The report predicts that these changes could strain water resources, hamper food and hydropower energy production, hurt human health and harm indigenous peoples.  Read more.