Public lands in Wyoming and the West are, by definition, for everybody. These lands have been managed for multiple use by the people of our state, country and world for more than 50 years.

A simple effort to create a day of recognition of the diverse recreational benefits of all public lands has met resistance at the Wyoming Legislative session again this year.

Other states use annual Public Lands Day events to get people outside to participate in service projects and give something back to the natural resources they utilize throughout the year.  Read more.

Electric cooperatives have shifted their approach to renewable energy amid declining prices and growing public support, but wholesale power providers are key

The latest announcement came last week from Grand Valley Power, an electric cooperative that delivers electricity to more than 18,000 members mostly in Mesa County, Colorado. Grand Valley Power established a target of 60% clean energy by 2030, which the co-op described as “one of the most aggressive environmental targets of any electric cooperative in the nation.”  Read more. 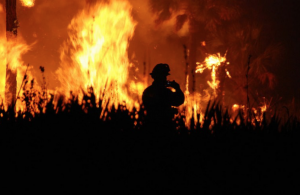 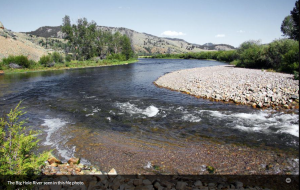 Oil and gas leasing on 12,889 acres in Beaverhead and Madison counties has been deferred indefinitely, a Bureau of Land Management official said Monday.

But that doesn’t mean the leases are dead forever.

Cornelia Hudson, BLM Dillon field office manager, said the agency got so many negative public comments last month on the proposed oil and gas leases that the BLM deferred those parcels.  Read more. 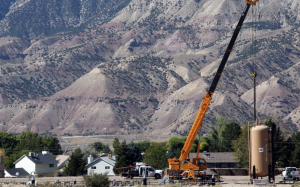 A poll released Thursday by Colorado College suggests a disconnect between the priorities of Western voters when it comes to public lands, and those of the Trump administration’s energy-dominance agenda.

The poll found that about two-thirds of respondents want Congress to ensure protection of water, air quality and wildlife habitat while providing opportunities to visit and recreate on federal land, while about a quarter of respondents want it to ensure production of more domestic energy by maximizing how much land is available for responsible oil and gas drilling and mining.  Read more

Among their Western neighbors, Wyomingites remain the least concerned by climate change, but most are unabashedly conservationists, valuing an outdoors economy and protections for open spaces, 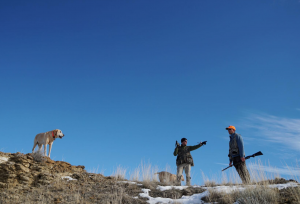 according to an annual poll published by Colorado College.

Just 52 percent of Wyomingites consider climate change a serious problem, up 6 percentage points from 2016, according to the poll. More than 75 percent would call themselves conservationists.  Read more

Nevada’s picturesque Ruby Mountains would be entirely off limits to oil and gas leasing under a bill in the U.S. Senate.

Sen. Catherine Cortez Masto wrote the bill that would prohibit the Secretary of the Interior from issuing oil and gas leases throughout the entire 450,000-acre Ruby Mountains Ranger District.

The bill would not affect grazing, mining or any other existing use on the land.

The bill comes as the U.S. Forest Service is reviewing a proposal that would offer leases on about 50,000 acres, including near popular areas for outdoor recreation such as Lamoille Canyon and Harrison Pass. 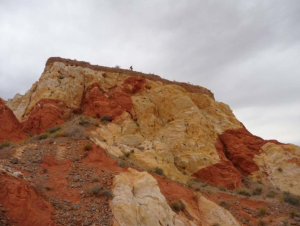 CARSON CITY – Almost two-thirds of Nevadans oppose the Trump administration’s emphasis on energy production over conservation on public land, according to a new poll.

Researchers for the ninth annual “Conservation in the West” poll from Colorado College surveyed 400 registered voters in eight western states, including Nevada. They found that 64 percent of Nevadans want Congress to focus on protecting air, water and land – compared with 25 percent who said more drilling and mining should be a higher priority.  Read more

Western state voters want the 116th Congress to focus on ensuring clean air and water, as well as access to public lands, rather than maximizing energy production, according to a survey released today.

The results are included in the ninth annual Conservation in the West Poll conducted by Colorado College’s State of the Rockies Project, which surveyed 3,200 voters across Arizona, Colorado, Idaho, Montana, Nevada, New Mexico, Utah and Wyoming.

“Over the history of the Conservation in the West Poll, we’ve consistently seen bipartisan support for protecting public lands and outdoor spaces,” State of the Rockies Project Director Corina McKendry said in a conference call announcing the results.  Read more 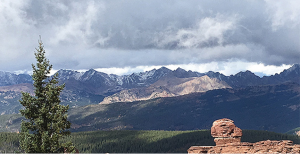