Voters in Western US States Are Really Concerned About Climate Change. But Does This Change What They Do? It’s Interesting.

This story was originally published by Grist with the headline Western voters care more about climate than ‘energy dominance’ on Feb 10, 2019. 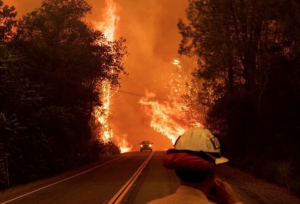 The Western US has seen a lot  of climate-change-caused extreme events such as fire and drought. That might explain why this year, a new survey shows that voters there are more worried about climate change now than they were 2 years ago.

Normally, most people vote about the economy – wages and unemployment. Instead, respondents said they were more concerned about low river and stream levels, water quality, and insufficient water supplies.  Read more