The CC Authors Reception is today! We’re celebrating 70 faculty and staff authors with publications since May of 2014. It’s quite gratifying to me, as a librarian and a writer, to see the impressive scholarly output of the faculty and staff at Colorado College, a small liberal arts college with a focus on teaching. You’d think we were a big university from the amount of publications on display!

This year we’re concurrently celebrating a few amazing new acquisitions in Special Collections, since, why not, we’re just upstairs from the authors reception. We’ve mentioned many of these acquisitions in earlier blog posts, but not these two: 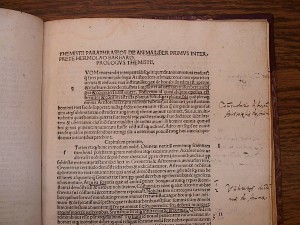 Themistius. Paraphrasis in Aristotelem. [Treviso, Italy]: Bartholomaeus Confalonerius and Morellus Gerardinus, 1481. Purchase. Now the earliest printed book in the library, beating out a 1484 Jacobus de Voragine for the honor. With bookworm damage (not affecting text) and a previous owner’s marginalia throughout. 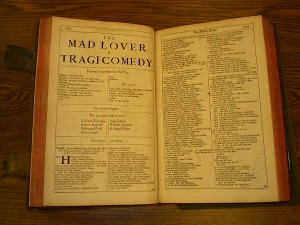 The event is co-sponsored by Tutt Library and the Crown Faculty Center. 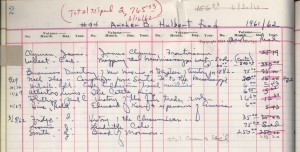