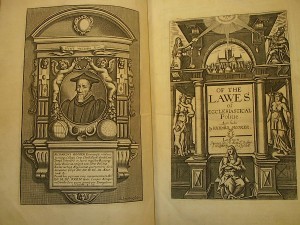 Special Collections seems to be making a habit of acquiring editions of Dante’s Commedia. Maybe this is because it was a hugely popular book in the early years of printing history, and it helps that Re Evitt teaches a whole course at CC on the text.

Our newest Dante is a five volume edition published in Padua in 1822 with the commentary of Baldassare Lombardi. The frontispiece illustrations in volumes 1, 2, and 3 will knock your socks off. Just look at ’em! 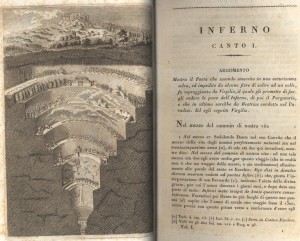 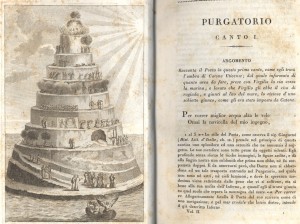 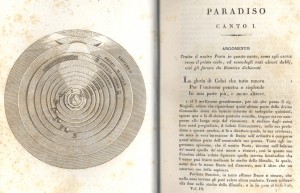