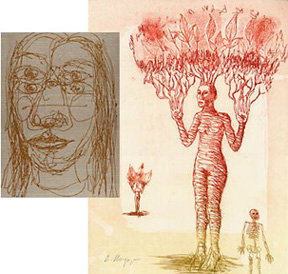 The Yolla Bolly Press, a letterpress in Covelo, California, has been in business since 1974. Their books are sumptuous and beautifully made. We invite you to visit Special Collections and see these books and other fine press and limited edition artists’ books in person.