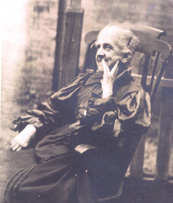 The Jackson family had close ties with CC from its beginning: William S. Jackson donated money to establish the first dormitory on campus, and five of his children attended Colorado College. The album contains never-before-available photographs of those children, including several photographs of a college-age Edith Banfield Jackson, who later trained with Freud and became a noted pediatrician and psychoanalyst. Special Collections purchased this album with funds from the Archer Butler Hulbert fund.