This is the fifth and final report on how we spent the $10,000 gift we received from the Woman’s Educational Society:

Irwin P. Beadle.  Beadle’s Dime Book of Etiquette: A Practical Guide to Good Breeding. New York: Beadle & Adams, [ca. 1890]. Revised and enlarged edition. A manual for behaving properly in society, useful for understanding the history of gender. We learn that “some men have a mania for Greek and Latin quotations; this is a peculiarity to be avoided. Nothing is more wearisome than pedantry.” Ladies, on the other hand, should “always maintain a dignity of character, and never condescend to trifle” in conversation.

Robinson, William Davis. Memoirs of the Mexican Revolution: Including a Narrative of the Expedition of General Xavier Mina. Philadelphia: Lydia R. Bailey, 1820. First edition, edges untrimmed. Lydia R. Bailey (1779-1869) was the first woman printer in Philadelphia, inheriting her husband’s floundering press in 1808. (She was followed soon after by Jane Aitken (1810) and Ann Cochran (1812). Under Bailey’s management, the press thrived for five decades. At its peak, it employed forty workers and was one of the largest printing establishments in the city. (For more information, see Loena M. Hudak’s Early American Women Printers and Publishers, Scarecrow Press, 1978.)

Charlotte Perkins Gilman. Concerning Children. Boston: Small, Maynard, 1900. This is the fourth book by Gilman, best known for her short story “The Yellow Wallpaper” and her novel Herland. In it, she argues that mothers and children would both benefit from group childcare centers. The decorative binding, signed “MLP,” is by Marion Louise Peabody. 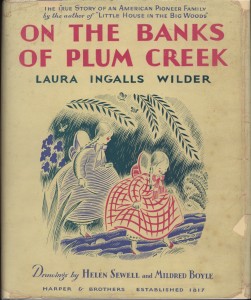 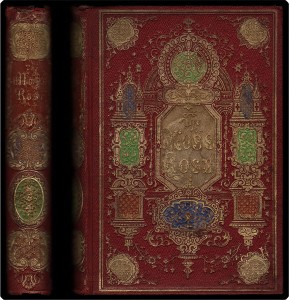 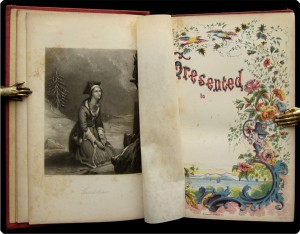 We continue our report on how we spent the $10,000 gift we received from the Woman’s Educational Society, celebrating three foundational feminist works newly acquired for Special Collections: 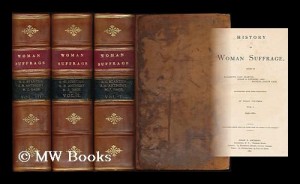 Betty Friedan. The Feminine Mystique. New York: W.W. Norton & Co., 1963. First edition, in jacket. Friedan researches and describes what she calls “the problem that has no name” — the dissatisfaction and depression of materially-comfortable American housewives in the 1950s.

The Woman’s Educational Society of Colorado College has a long history of supporting Special Collections. In the 1960s and 70s, the WES provided furnishings for our reading room; we still use these shelves and drawers even now, though some of them have become a bit stubborn and difficult with age (dare I say … like all of us?).

This year, the WES decided to make a different kind of long-term gift to Special Collections: $10,000 for the department to spend “for the purpose of enhancing the college curriculum by acquiring significant books and documents that focus on women’s history and women’s contributions to society.”

I shall be reporting over the next few weeks on acquisitions made with this generous gift, starting with an important 16th century edition of a book on women’s health: 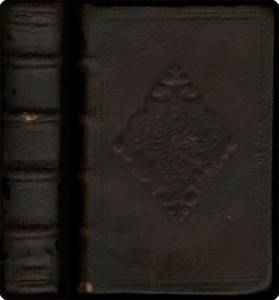 Magnus Albertus (attrib.). De Secretis Mulierum Libellus… [The Secrets of Women.] Lugduni [Lyon, France]: Ioannes Quadratus, 1580. Small leatherbound book in Latin on topics such as menstruation, sexual reproduction, and pregnancy. Extremely rare: this is one of only three known copies in U.S. libraries and fewer than ten worldwide. A portion of Helen Rodnite Lemay’s 1992 English translation of the text is available from Google Books. 21st century readers beware: you won’t find a lot of reliable medical information in this book, which is based on 13th and 14th century manuscripts attributed to Magnus Albertus but probably actually produced by multiple (male) authors.

We also purchased a much more common (and affordable) book on the same topic: 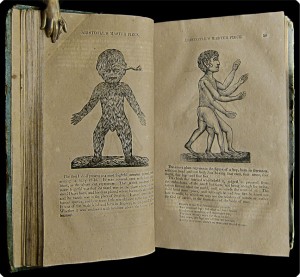 Aristotle (pseud.).  The works of Aristotle, the famous philosopher, in four parts. Containing. I. His complete masterpiece; displaying the secrets of nature in the generation of man … 2. His experienced midwife; absolutely necessary for surgeons, midwives, nurses and child bearing women. 3. His book of problems, containing various questions and answers, relative to the state of man’s body. 4. His last legacy; unfolding the secrets of nature respecting the generation of man. New-England: Printed for the publishers, 1831. Colloquially known as “Aristotle’s Masterpiece” (so one could request it in a bookshop without embarrassment), versions of this text were first published in the late 16th century. Nevertheless, the book contains even more misinformation than The Secrets of Women, with illustrations that only compound the problem. Apparently, for example, if a woman thinks bad thoughts while she is pregnant, her baby may be born covered in fur.