In August of 2016, a generous anonymous donor provided CC Special Collections with $18,000 for this important text on monsters: 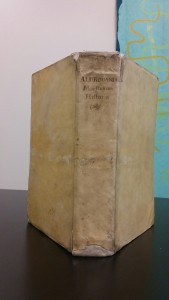 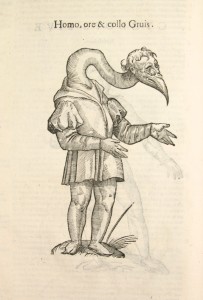 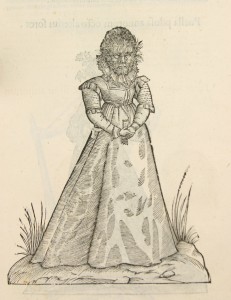 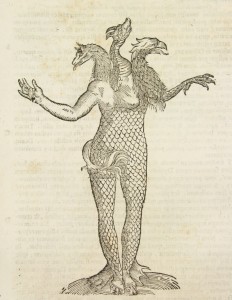 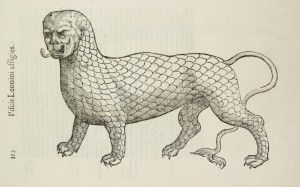 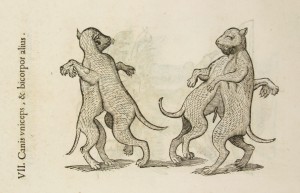 We purchased the book from Paul Dowling’s Maryland bookshop, Liber Antiquus. After a telephone conversation invoking Liceti, Piso, and Pokemon, Paul sent us a couple of snapshots from the Aldrovandi Studio in Bologna, showing bones and woodblocks displayed together — a sort of 17th century Pokedex, if you will (those of you who are playing Pokemon Go probably will; the rest of you probably will not). 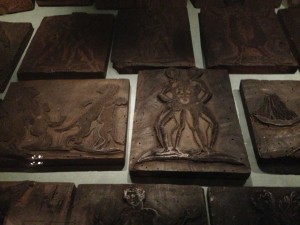 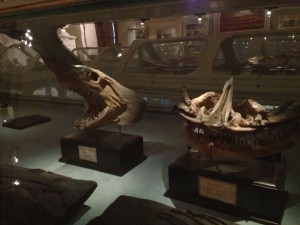 I told our anonymous donor that I couldn’t wait to show the book to students because it was going to blow their minds.

I was right. Listen to the reaction of the first students at CC to see the book, a new student tour on August 10, 2016:

Interest in monsters goes back a long way and shows no sign of stopping. See Allison Meier’s A Visual History of Society’s Monsters for a nice overview. Her article includes a marvelous animated gif of the Aldrovandi monsters made by Kurosh ValaNejad, a film student at the University of Southern California (low-res version below, better version at Meier link):

Unfortunately, no English translation of this text exists. A project for CC Latin students and faculty, perhaps? It would probably only take about twenty years to complete…